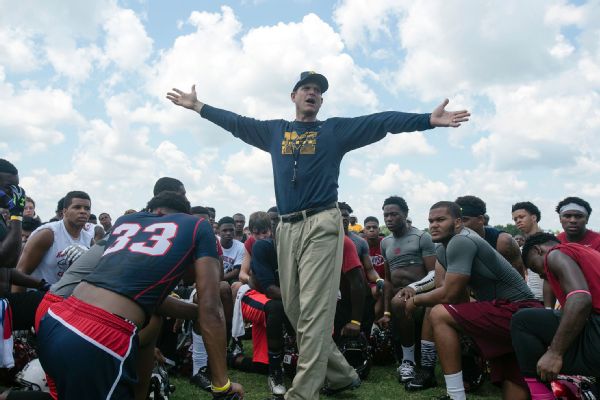 Michigancoach Jim Harbaugh bumped into a familiar face on the recruiting trail in Iowa on Wednesday evening.

This meeting was significantly less painful for Harbaugh than the first.

Harbaugh tweeted a photo of himself and Dan McGivern, the man who he said was driving a mail truck that broke Harbaugh's leg nearly 50 years ago.

The story, as Harbaugh tells it, starts the week his family moved in 1971 to Iowa City, where his father, Jack, had accepted an assistant coaching position with the Iowa Hawkeyes. Harbaugh ran into the street with his older brother, John, and collided with an oncoming truck.

"John and I had gone to school, our first day at Roosevelt Elementary," Harbaugh told reporters earlier this fall. "First day we'd moved there and found some kids to play with after school.

"I was trying to put my jacket on over my head all at once. I was just following after him, and he crossed the street -- busy street there. The next thing I know, I woke up in a hospital bed. I'd got hit by a mail truck. Broke my leg in two places, had a cast on for about six months. I was in the first grade."

It's not clear how they were reunited, but Harbaugh is in Iowa making some final recruiting stops before national signing day next week. Harbaugh and McGivern also took a picture holding bottles of milk, and the coach endorsed McGivern's new business in life insurance sales.

Michigan loans Harbaugh $2 million per year to go toward a life insurance policy as part of his coaching contract. Unfortunately for McGivern, Harbaugh agreed to terms on the policy about nine months before they crossed paths again. 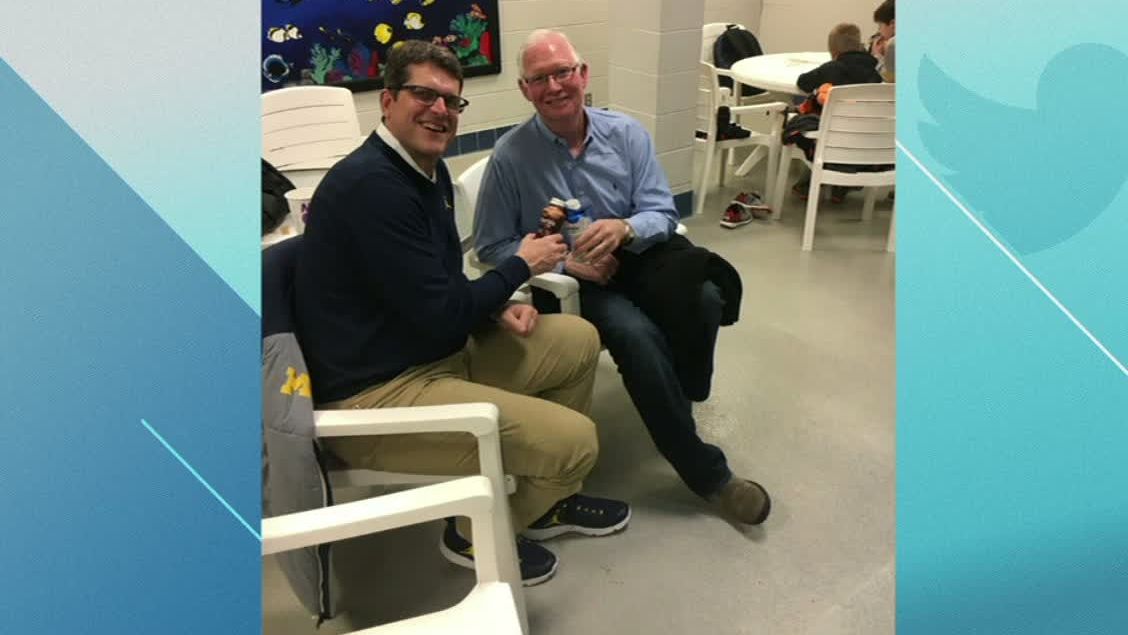