Jimmy Butler turns away questions about L.A. future after loss to Clips 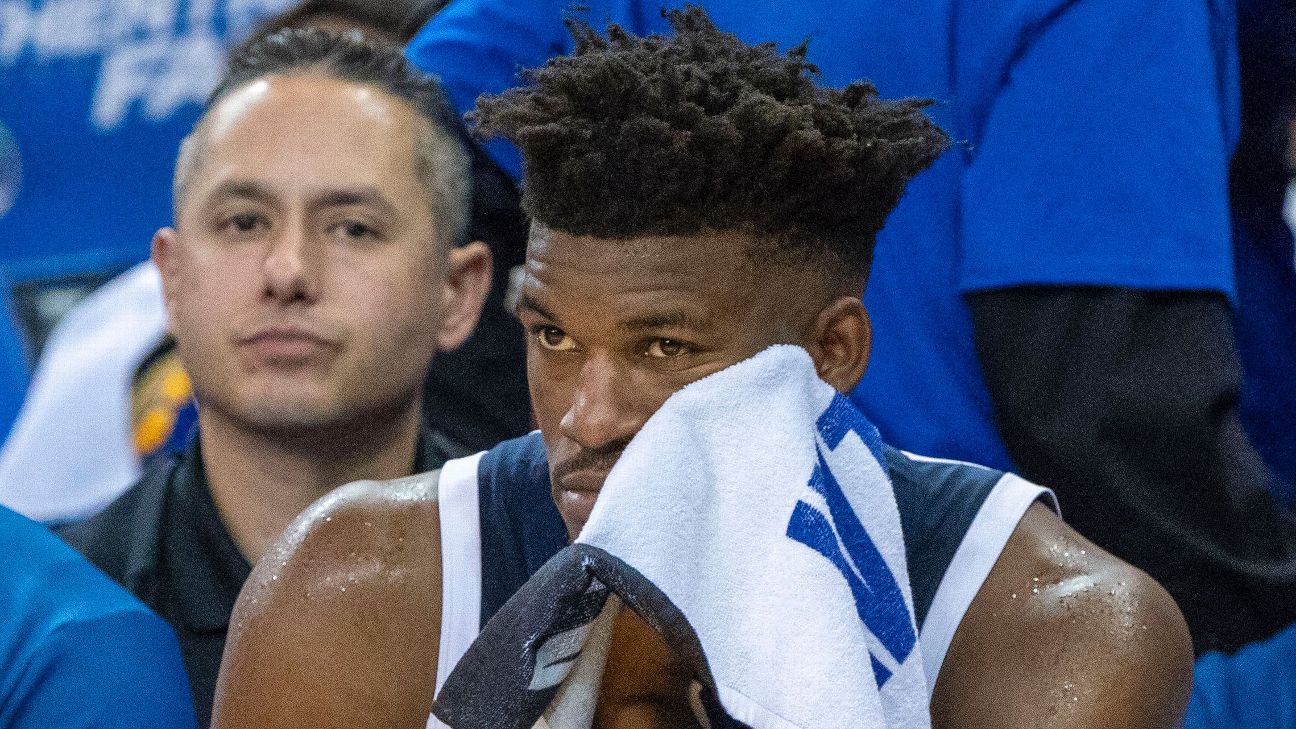 LOS ANGELES -- TheClipperswere reported to be one ofJimmy Butler's preferred destinations should the Minnesota Timberwolves star's trade request be met by his current employer.

On Monday, Butler's present and potential future landing spot collided at Staples Center, where the Clippers beat Butler and the Timberwolves 120-109.

Afterward, Butler, who scored 20 points, batted away any questions about whether he could see himself living in Los Angeles on a full-time basis -- perhaps sooner than later.

ESPN's Adrian Wojnarowski reported in late September, citing league sources, that Butler is most interested in pursuing a future with the Clippers, who have two max contract slots for free agents in July and are considered contenders for Toronto Raptors star Kawhi Leonard. The ability to partner with another star holds a strong appeal for Butler, Wojnarowski reported, citing league sources.

Yet Butler was in no mood Monday to answer any questions about his future, including whether he'd play in Wednesday's game against the Lakers at Staples Center.

"I don't know, man," Butler said. "I'm still taking in how we just lost. I'm not even worried about tomorrow or the day after that."

Butler, a four-time All-Star, sat out his team's losses Sunday in Portland and on Halloween to Utah, but he said his situation isn't affecting him one way or the other.

Butler scored 16 of his 20 points in the final quarter against the Clippers, showcasing his playmaking ability.

"It doesn't take him much to get going," Timberwolves coach Tom Thibodeau said.

Said Butler, "I was just playing not as aggressive in the first three quarters, and then in the fourth [I] just started attacking more."

Before the game, Clippers coach Doc Rivers touched on the Timberwolves' situation with Butler, saying the team is better than the reported drama surrounding it, which he referred to as "clutter."

"Yeah, I've been through stuff, too," Rivers said. "We all have. Clutter -- whatever you want to call it. It's tough because it's a balancing act. Knowing [Thibodeau], I know he has compassion for all parties in this.

"It just puts you in very tough spots as a coach because you have to coach a team. You obviously have to have a relationship with each individual player, and it's a tough one. It really is. All of us go through these. Hopefully, more of them are private than public. Unfortunately, this one is extremely public, and I don't know if that makes it easier or not."