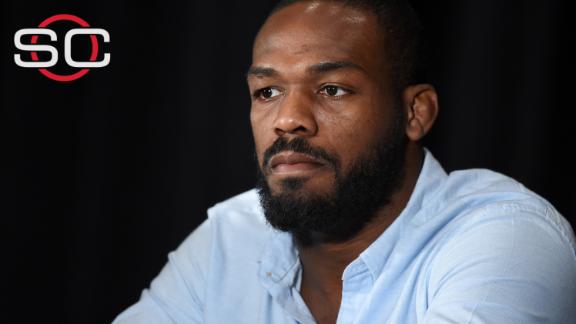 According to the NSAC's complaint, an out-of-competition sample provided by Jones on June 16 tested positive for clomiphene, which is listed as an anti-estrogenic substance on the banned list, and traces of letrozole, an aromatase inhibitor, which works to prevent the synthesis of androgens such as testosterone into estrogen.

The Nevada district attorney's office informed the NSAC of a potential hearing date around September or October.

Jones, who was pulled from a light heavyweight championship fight against Daniel Cormier three days before UFC 200 earlier this month, is not contesting the temporary suspension. He is facing a two-year suspension under the policies of UFC's drug program and the United States Anti-Doping Agency, which was responsible for the June 16 test, and is also subject to the NSAC's jurisdiction.

Jones, who will turn 29 on Tuesday, had never tested positive for a banned substance prior to this incident. Shortly after he was removed from UFC 200, Jones and his agent, Malki Kawa, requested the B-sample from June 16 to be analyzed. Results of the B-sample test confirmed the presence of the banned substances.

During a news conference July 8 in Las Vegas, Jones (22-1), who trains out of Jackson-Wink MMA in Albuquerque, New Mexico, denied knowingly taking any banned substances. According to Kawa, the team plans to fight the potential suspension.