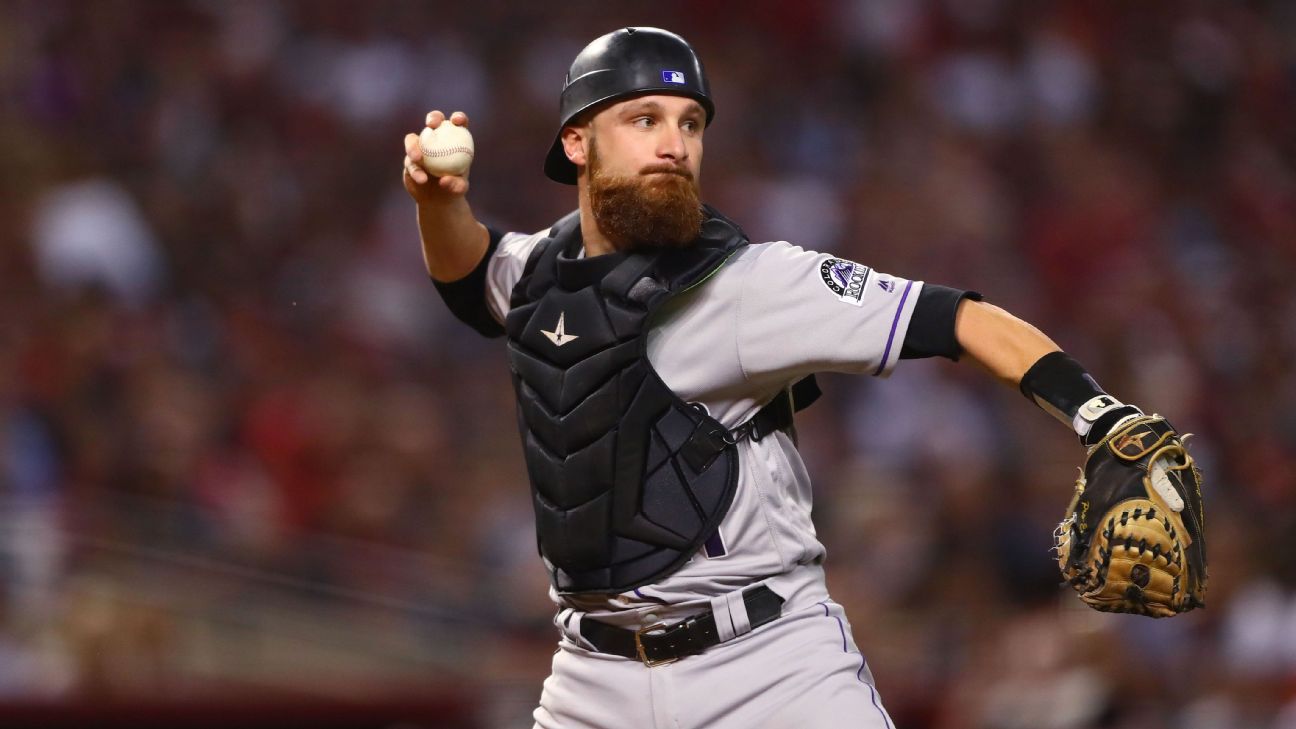 Catcher Jonathan Lucroy has agreed to a one-year deal with the Los Angeles Angels, the team announced Saturday.

A source confirmed to ESPN that the deal is worth $3.35 million, which was first reported by Yahoo Sports.

A two-time All-Star, Lucroy, 32, hit .241 with four homers and 51 RBIs in 126 games for the Oakland Athletics last season after signing a one-year, $6.5 million contract in March.

Lucroy, who was behind the plate when starterSean Manaea pitched a no-hitter against Boston in April, gave the Athletics a veteran presence at the position to work with a young pitching staff.

He also led all American League catchers in total number of runners thrown out (31) last season, and his .301 caught-stealing percentage ranked fourth among AL catchers. Lucroy leads the majors with 213 runners caught since 2011.