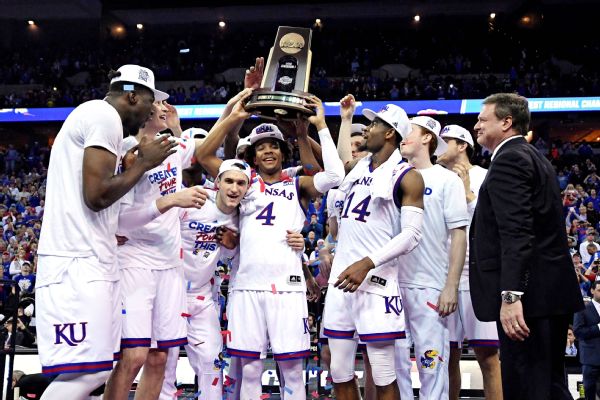 Final Four-bound Kansas, Michigan State and UCLA headline what will be another strong field at the 2019 Maui Invitational.

The Maui field is annually one of the best among college basketball's holiday tournaments, and the 2019 bracket, announced on Tuesday, will include teams that have combined for 16 national championships and 44 Final Four berths.

The field will also include BYU, Dayton, Georgia, Virginia Tech and host Chaminade. The Division II Silverswords, who pulled off another upset by beating California in the 2017 tournament, will not play in the championship round in 2018 after announcing last year that they will play in the opening round only every other year.

Notre Dame won the 2017 Maui Invitational by rallying in the closing seconds to beat Wichita State in the title game.

Kansas won the Maui Invitational in 1996 and 2015. The Jayhawks won a record 14th straight Big 12 title this season and reached the Final Four for the first time since 2012 after beating Duke in overtime of the Elite Eight.