Kyle Schwarber not cleared to play field in Wrigley Field 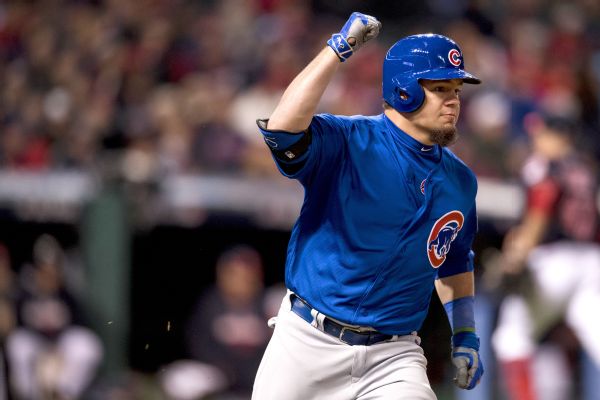 CHICAGO -- Despite calls for him to start in left field to keep his bat in the lineup full-time, Chicago Cubs slugger Kyle Schwarber will stick with pinch-hitting duty only during World Series games at Wrigley Field.

After speaking with doctors on Thursday, the team decided it was best he not play defense.

"Kyle has not been medically cleared to play the field, so he will not be in the lineup the next three games," team president Theo Epstein said. "But we do look forward to him impacting the game as a pinch hitter for us, and certainly should the series return to Cleveland, he'll be eligible to continue as a designated hitter."

Schwarber and his surgically repaired left knee had been cleared to hit and run the bases 10 days ago, but not to do any lateral running needed to play the outfield. He was the designated hitter for Games 1 and 2 in Cleveland, but despite stating his case to play the field in Games 3-5, Schwarber will start on the bench.

"It's not disappointing at all," Schwarber said. "It was a long shot at the most. You know, obviously I want to be out there for my teammates and everything, it's just the competitor inside me, but facts are facts. I just can't physically do it."

Schwarber went 3-for-7 with two walks and two RBIs in Games 1 and 2, giving the team a needed lift at the plate after the benching of right fielder Jason Heyward. Over the past four playoff games, Cubs manager Joe Maddon has started four different right fielders, proving there was more than an opening for Schwarber in the outfield. But it wasn't meant to be.

"There's no being sad about it," Schwarber said. "There's no nothing. I know my role now, and I'm going to embrace it."

Schwarber became the first position player in MLB history to have his first hit of the season in the World Series after missing nearly the entire year.

"I'm living the dream," Schwarber said. "We're playing in the World Series. What else could you ask for? I'm just going to keep riding the wave until it ends."

The fourth pick in the 2014 draft is already a fan favorite after hitting five postseason home runs in 2015, becoming the all-time franchise leader in that category.

Schwarber singled twice in Game 2 on Wednesday, each time driving in a run, then he walked as the Cubs evened the Series at one game apiece.

"We're all disappointed," Epstein said. "We'd love to see Kyle out there getting four-plus at-bats a game. But I think it was important to talk to a medical professional, who's objective and detached from the situation." 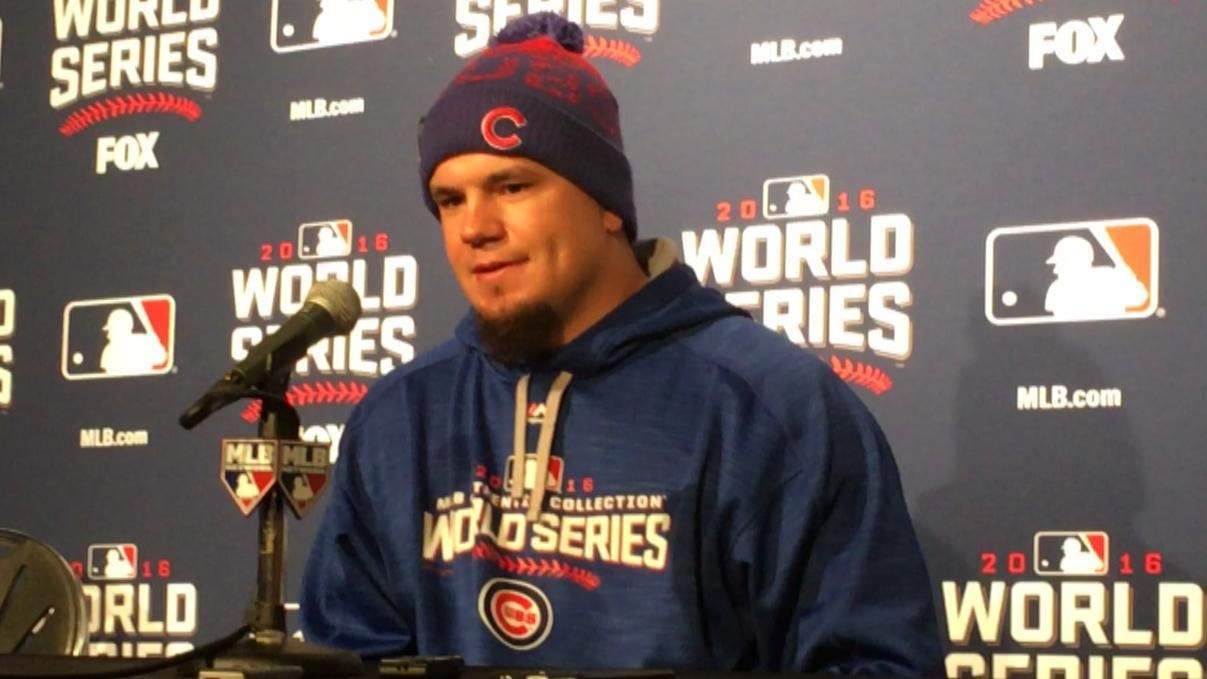 Schwarber not disappointed that he can't play outfield
Kyle Schwarber says it was a "long shot" to be medically cleared to play the outfield and looks forward to contributing for the Cubs as a pinch hitter for the next three games at Wrigley Field. 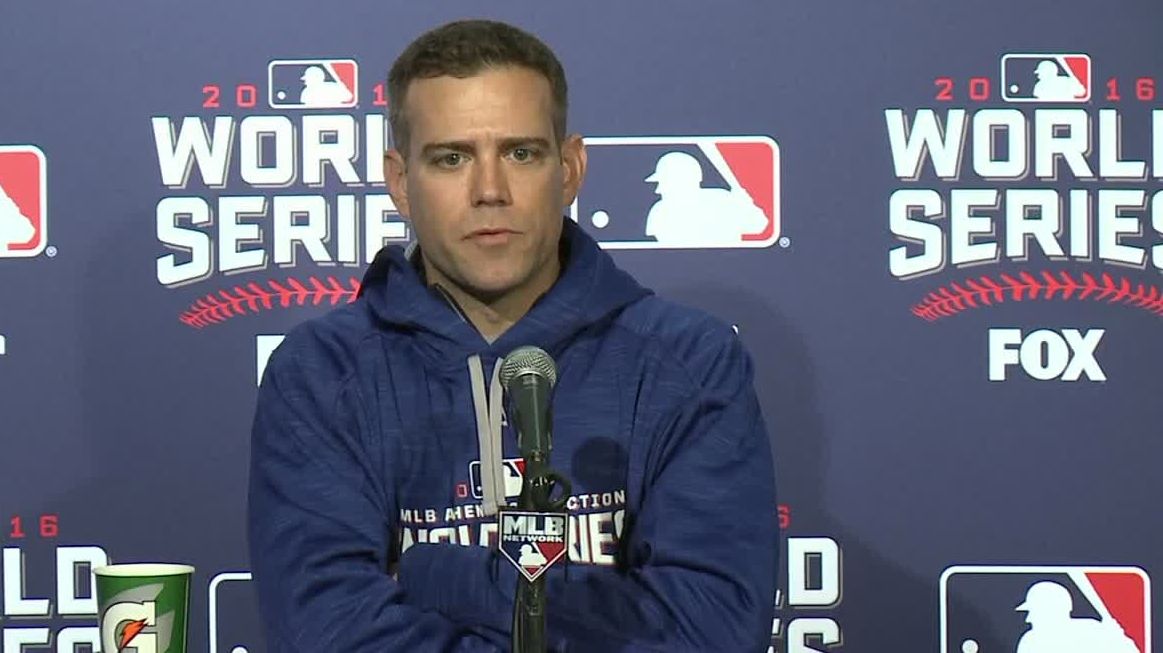