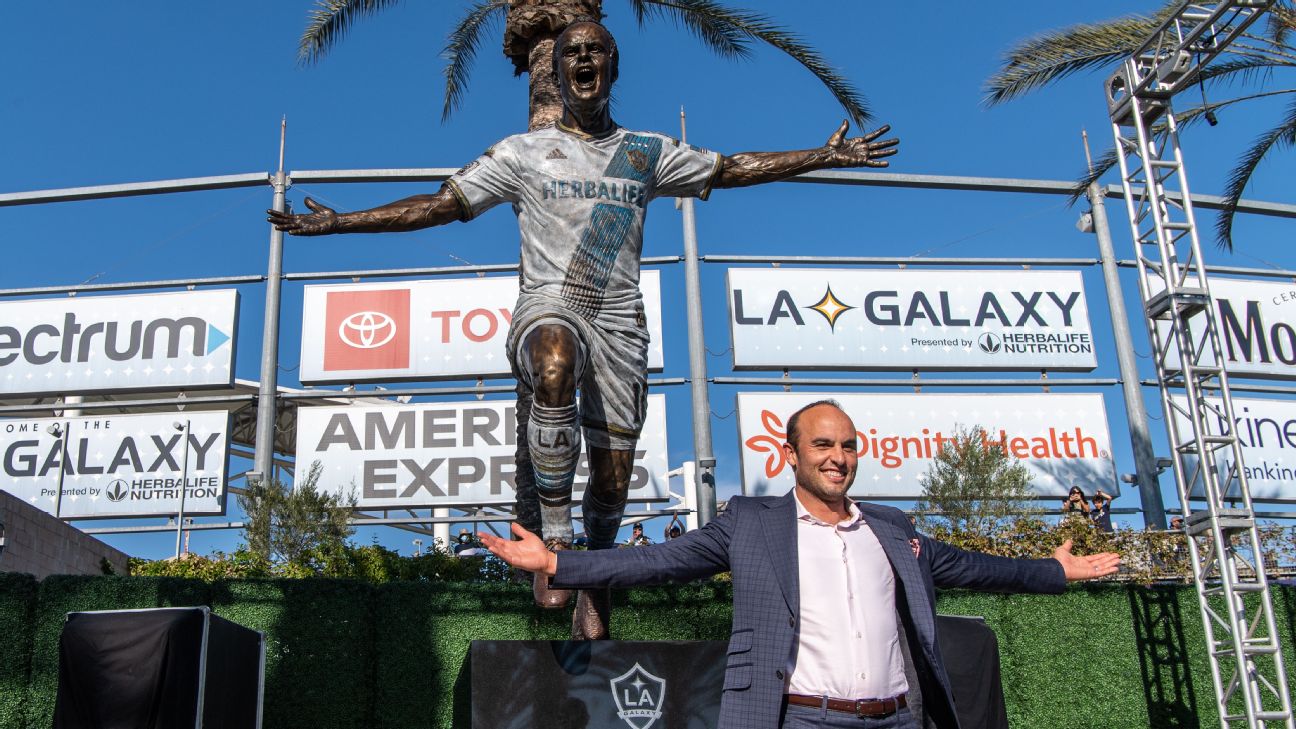 It was placed near a similar statue of David Beckham that was unveiled in 2019.

"If Landon didn't make the decision to come back to Major League Soccer at the time that he did and come to the Galaxy in 2005 [and] tell the world that MLS was his league, the Galaxy was his club, [that] he was going to help build soccer in his country, we would not be where we are today," MLS commissioner Don Garber said at the unveiling ceremony.

Donovan won the MLS Cup a total of six times, four with the Galaxy and twice with the San Jose Earthquakes.Donovan also played for German clubs Bayer Leverkusen and Bayern Munich, as well as in the Premier League for Everton.


"I'm not really one for accolades and things like this because I'm just always kind of moving forward in my life," Donovan said. "But it has allowed me the opportunity to reflect a little bit. And I'm just really appreciative of the honor.

"But I'm appreciative of the 10 years I was able to spend with the key stakeholders, everybody in the organization, people around the stadium and certainly the fans."

Donovan, 39, had 157 international caps for the United States men's national team and is the joint all-time goal scorer with fellow USMNT legend Clint Dempsey at 57.

Since 2019, Donovan has been coach and vice president of soccer operations for United Soccer League side San Diego Loyal. He is also part of the ownership group that owns Championship side Swansea City.

Information from the Associated Press contributed to this report. 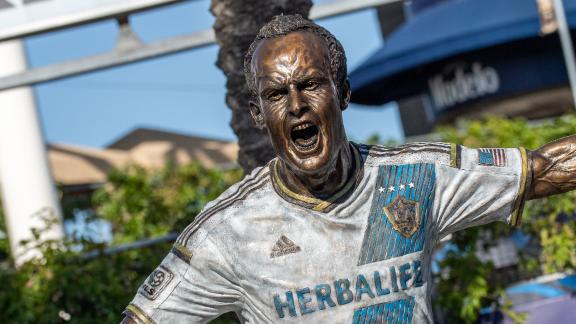