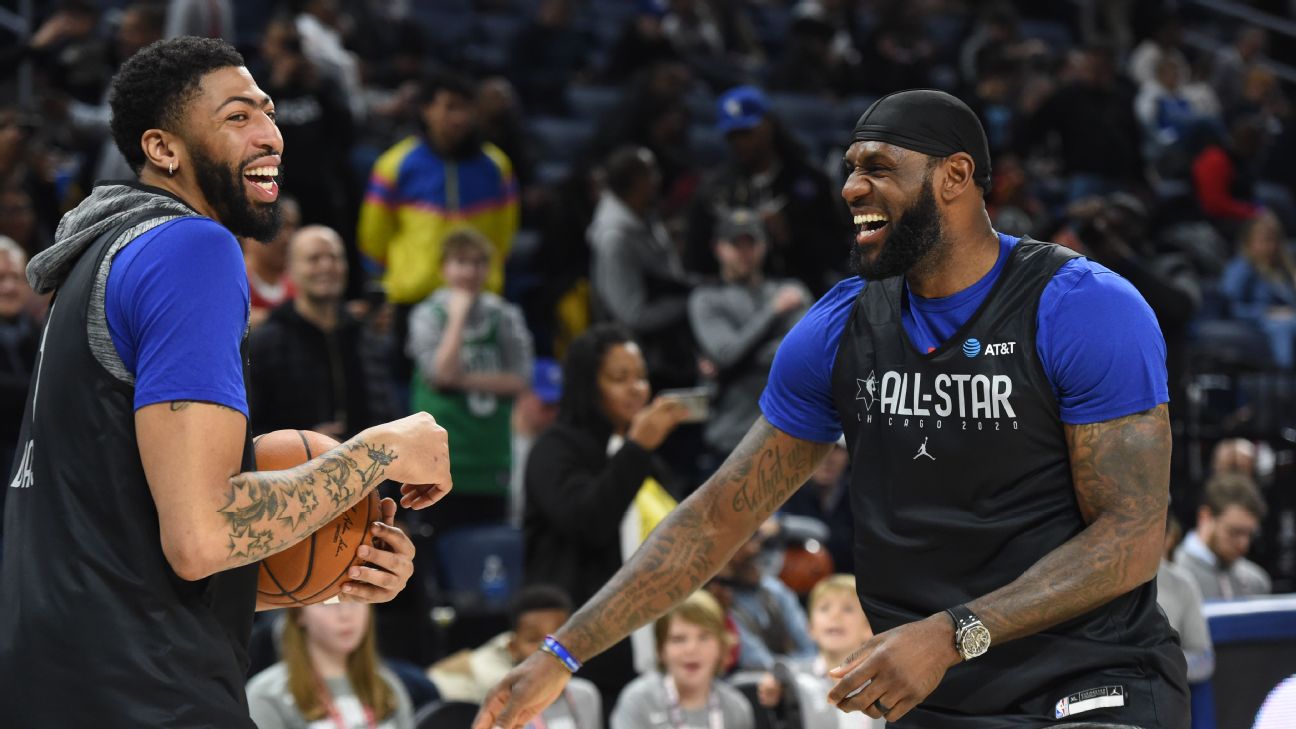 CHICAGO -- Only 1.5 miles west of the United Center, children in attendance at the Dr. Martin Luther King Jr. Boys & Girls Club were in for a big surprise on Saturday afternoon.

"But the real question is, we should be asking how does it feel for LeBron to play with me," Davis teased the room. "Right? So guess what ... Aye, LeBron, come on out."

Kids rushed James in shock as he strolled out of the back room area before security calmed things down. Abloh, James and Davis then participated in a Q&A panel where they touched on inspiring the youth and the power of sports.

"The most important thing that I got from sport was like a brother and sisterhood," James told the room. "You can create friendships playing sports at a younger age that'll last forever and it just brings everybody together. It brings you so many emotions ... good, great emotions. You're being around people because you want to do it for your brother or do it for your sister and I think that's just an awesome thing."

Earlier in the day, James and Davis also participated in practice and media availability for Sunday's NBA All-Star game. Both Davis and James will represent Team LeBron with James making his 16th appearance and Davis set to make his seventh appearance.

Davis didn't miss out on another chance to dub his hometown of Chicago as the "mecca of basketball" -- which he has said on several occasions -- and said he's eager to represent the city on the top stage in its first All-Star weekend since 1988.

Davis also said he when he was growing up,Detroit Pistons guard Derrick Roseinspired him. Rose previously spent eight seasons with the Chicago Bulls and was a three-time All-Star with the team.

"The guy I always watched was D-Rose," Davis said. "That was my guy. ... he's a hero and a legend already in the eyes of the city of Chicago and I believe him. He's been one of my idols for a long time."
Report a correction or typo
Related topics:
sportsespnnewsnba all star gameanthony davisnbalos angeles lakerslebron james
Copyright © 2022 ESPN Internet Ventures. All rights reserved.
TOP STORIES
TX school shooting leaves at least 19 children, 2 adults dead
Uvalde school shooting: What we know about 19 kids, 2 teachers killed
Onlookers urged police to charge into TX school: 'Go in there!'
Timeline breaks down Uvalde shooter's movements day of massacre
West LA family searching for missing man with autism
Los Angeles watering restrictions approved by city council
2 Turpin siblings now have large following on TikTok
Show More
South LA nonprofit says more work needs to be done in social justice
2 years after the death of George Floyd, what has changed?
Hospitality workers call for moratorium on Anaheim development deals
Hearing held into allegations of deputy gangs in LASD
Gun, ammo found in 2nd grader's desk at NorCal school
More TOP STORIES News