Lakers optimistic as LeBron James to have injury re-evaluated 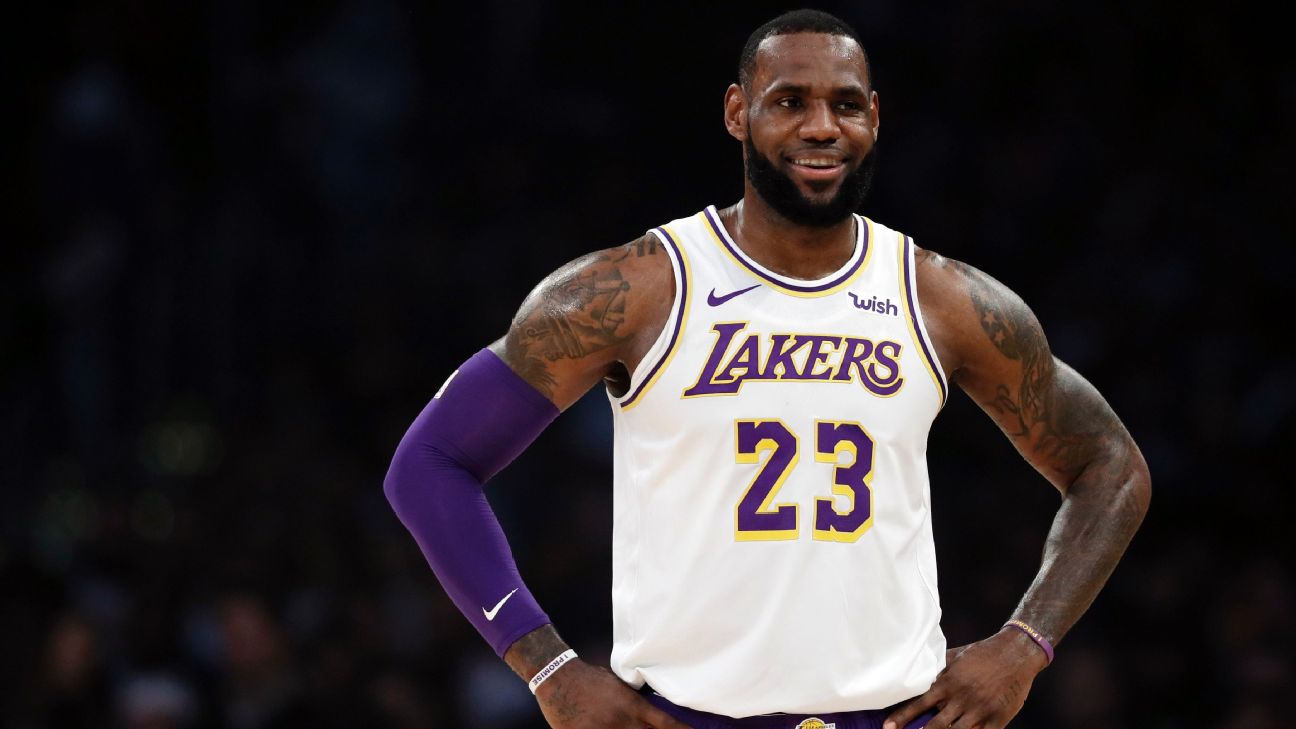 EL SEGUNDO, Calif. -- One day before he will be medically re-evaluated, LeBron James did the most he's done at a shootaround since injuring his groin, shooting and passing during half-court situations Tuesday morning.

While James has yet to do any full-court basketball activities with the team, Los Angeles Lakers coach Luke Walton said he's hopeful to hear positive news Wednesday, when James' status will be updated.

"I think we'll get good news back."

The Lakers (23-21), who play the Chicago Bulls on Tuesday at Staples Center, have gone 3-7 since their All-Star forward was injured in a Christmas Day win at Golden State. They are coming off a 101-95 home loss to the Cleveland Cavaliers -- who snapped the longest losing streak in the NBA at 12 -- and are ninth in the Western Conference standings entering Tuesday's game.

Walton, who indicated he could make changes to his starting lineup against Chicago, said James has also been running on his own.

"He didn't do the up-and-down stuff," Walton said of James' activity during the shootaround. "He did the half-court shooting and passing."

The sight of James doing a little more on the court comes a day after Rajon Rondo was medically cleared to dribble and do more with his right hand. Rondo underwent surgery to repair a ligament on his right ring finger on Dec. 28 after also getting injured on Christmas Day.

Rondo's return had been pegged to a four- to five-week timetable.

Like James, Rondo shot 3-pointers at the end of the Lakers' shootaround Tuesday.

"I was encouraged," Walton said of seeing both shooting. "[Always] good to see those two on the court.

"[James] does a lot of [running] when we're not here. I don't know the [exact] amount of running he's doing. I just know he seems to be in good spirits. He's got another test tomorrow to get some more information on it."