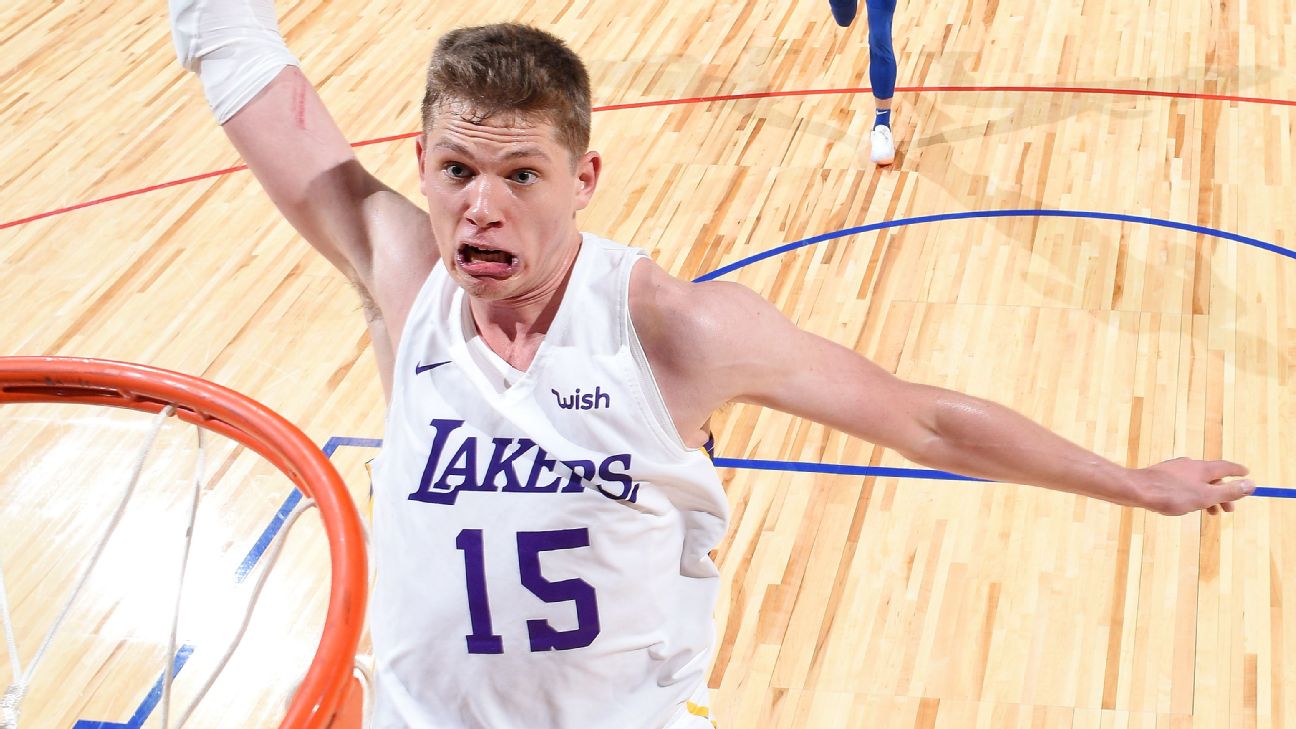 Lakers president of basketball operations Magic Johnson, watching the game courtside, came to the bench to take Wagner to the locker room late in the first quarter after the Lakers' first-round pick (No. 25 overall) rolled his ankle. After getting the ankle retaped, Wagner returned in the second quarter, before being ruled out at halftime.

Wagner, who entered Tuesday's game averaging 13.6 points and 9.2 rebounds between five summer appearances in Sacramento and Las Vegas, finished with seven points, two rebounds and two steals in his nine minutes of action against the Knicks.