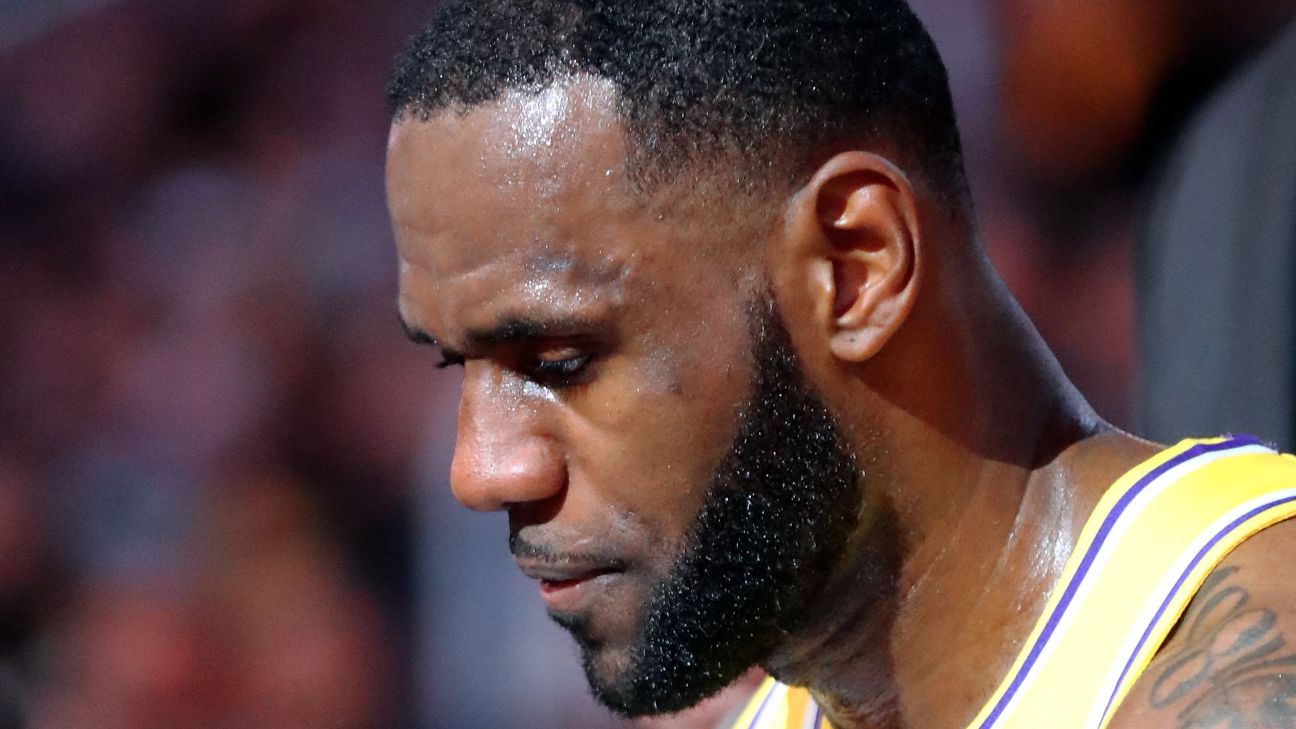 PHOENIX -- Saturday was a new low for a Los Angeles Lakers team that has been digging itself into a deeper and deeper hole in recent weeks, losing to the league's worst team, the Suns, 118-109.

The loss to the Suns (13-51) dropped the Lakers to 30-33, 4 games behind theLA Clippersfor the eighth and final playoff spot in the Western Conference with 19 games to play.

The Lakers played the Suns on the second night of a back-to-back, having given the league-best Milwaukee Bucks all they could handle Friday before coming apart in the end in a 131-120 loss. Before tipoff Saturday, Lakers coach Luke Walton told reporters it was a "game we have to win."

Then L.A. went on to trail by as many as 10 in the opening quarter.

Many of the same issues that have plagued the team all season converged in Saturday's calamity. The defense, which ranks 24th in points per game allowed, let the Suns shoot 65 percent from the field in the first quarter, setting up the rhythm to ultimately score 118 -- more than the already massive 113.9 points per game Los Angeles has allowed this season.

The Lakers' 3-point shooting, tied with the New York Knicks for 27th in the league at 33.8 percent, was even worse as they shot 8-for-25 (32 percent), and their free throw shooting, last in the league at 69 percent, was also an abomination, going 15-for-23 (65.2), including two big misses byLeBron James with 47.4 seconds left in the fourth quarter and Los Angeles trailing by five.

"I mean, listen, we obviously, we needed this game for obvious reasons," James said. "We wanted to play well. At times we played well. I think we was always together at times as well. Had the right mind frame of what we were trying to accomplish tonight. It's just unfortunate with the opportunity that we had, and we haven't been able to seize that opportunity."

There were several sequences that stood out to illustrate just how ugly things have become for the Lakers in a season that feels as if it's slipping away.

Like when Suns rookieDeandre Aytonsprinted down the floor to chase down a loose ball midway through the third quarter with Kyle Kuzma and Brandon Ingram both seemingly stuck in cement when the ball was heading in their direction.

"Bounced right in front of us, that turned into a fast break for them," Walton said.

The Ayton dunk prompted Walton to call a timeout to draw up a play. When Los Angeles took the court, instructions in hand, it was called for a 24-second shot clock violation after it was unable to execute well enough to even make an attempt. It brought back memories of how the Lakers blew the Milwaukee game Friday night, when Kentavious Caldwell-Pope turned the ball over on an inbounds play late in the fourth quarter, a moment that, again, was directly preceded by a Lakers timeout.

Then there was James' inbounds gaffe when he threw the ball off the back of the backboard, resulting in a turnover.

"That was just silly on my part," James said. "I thought I had a little bit more room to get it to [Ingram]. [Tyson Chandler] was kind of right there. Tried to throw it over [Chandler's] head and it hit the foam on the backboard. That was just stupidity on my part."

The Lakers trailed by as many as 19 in the fourth quarter and cut it to 3 after a driving dunk by James (27 points, 16 assists, 9 rebounds) with 1:14 left. On the next possession, Josh Hart was called for a controversial foul on Ayton, resulting in two free throws that allowed the Suns to push their lead back up to five and salt away the win.

"The play with under a minute to go in a one-possession game where [Ayton] traveled twice and then offensive fouled? That play? Yeah, I didn't see Josh foul him, but maybe I'll get a better look at it from a different angle somewhere," a disgusted Walton said.

Focusing frustrations on one play would be folly for a team with three quarters of the season in the books. Saturday was only a carryover of many of the same issues that have occurred over and over again for the 2018-19 Lakers.

"Obviously there's something wrong with this team, and it's up to us to try to fix it, but not really sure right now," Kuzma said.

Walton clung to a shred of positivity as his team fell to 4-7 with James in the lineup since he returned from his left groin injury -- the one variable pointed to most often as the reason Los Angeles' season went off the rails.

"I'm confident," Walton said. "I told you, I believe in our group. We need to play a lot better, but I believe that we can get it done."

James' outlook wasn't quite as sunny.

"I'm not here to harp on the negativity or the negative. We had opportunities," he said. "Yeah, we could've played better here, played better there. That's been throughout the whole season. But right now it's a tough loss."

Hart was asked whether Walton's belief in his team extends to how his teammates believe in one another.

"We can't not pass someone the ball or not make a rotation or get our heads down when something doesn't go our way. We have to as a unit when adversity starts, we have to come together, and that's something we have to keep working toward. Like I said, we have the talent, we have the ability, we have the leadership to pile up wins and to make a run for the playoffs, but we have to do that as a collective unit.

"And if we don't believe in each other, we don't trust each other, offensively or defensively, we're going to fail. That's not how you win. This game is about team, it's about being selfless, it's about sacrificing for the next player, and if you can't do that, you're not going to find success." 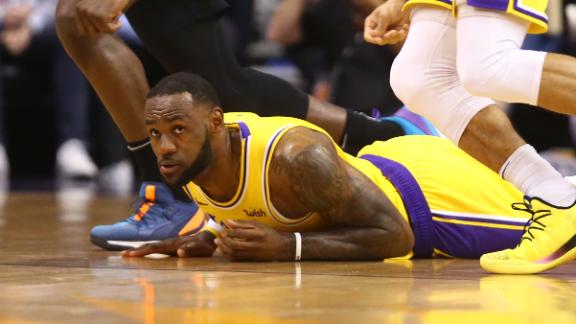