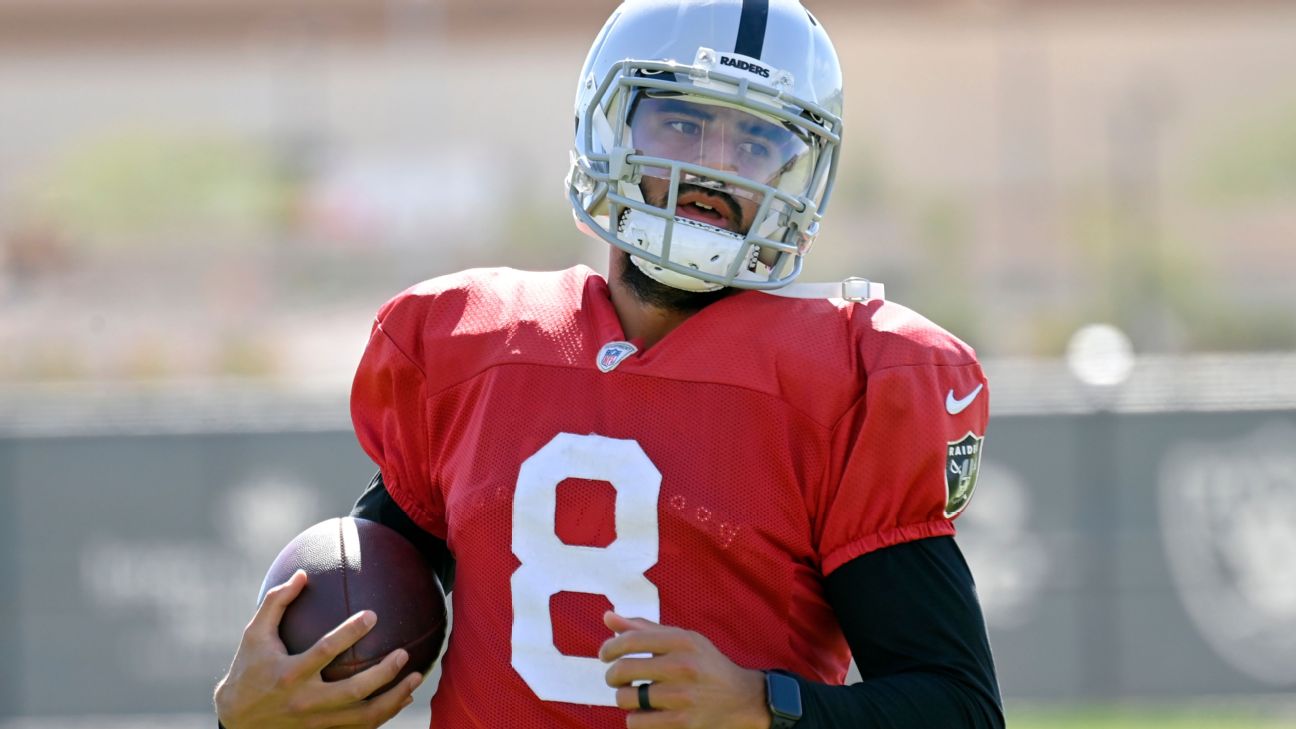 "He's really had a good week of practice," Bisaccia said at the time. "He looks, really, 100 percent healthy. So, we are excited about what could possibly happen here over the next few days."

Mariota has played one snap for the Raiders this season, breaking off a 31-yard run in the season-opening win against the Baltimore Ravens. But he was shaken up on the play and went on IR with a quadriceps injury.

Then-coach Jon Gruden lamented Mariota's loss as Gruden had scripted packages to take advantage of Mariota's running ability. Starter Derek Carr had joked in training camp that he wanted to catch a TD pass from Mariota.

But with Gruden gone, having resigned Monday in the wake of his email controversy, offensive playcalling duties now fall to offensive coordinator Greg Olson, who had been more of an adviser to Gruden and buffer between Gruden and Carr.

Olson was the offensive playcaller during Carr's rookie season of 2014.


"I think anytime you change playcallers there may be a different flow," Olson said this week, "but we feel very good as a staff about the offense that we have in place and the way we go about implementing a game plan and the process at which we work during the week. We've kept that process the same this week. Again, we are just a man short."

Mariota, 27, has had a hard time staying healthy since signing as a free agent with the Raiders in March of 2020. The 2014 Heisman Trophy winner and No. 2 pick of the 2015 NFL draft was recovering from ankle and shoulder injuries when he reported to training camp last summer and then injured a pectoral muscle, which resulted in a trip to IR. He appeared in one game last season, in relief of an injured Carr, and nearly led the Raiders to an overtime victory against the Los Angeles Chargers, completing 17 of 28 passes for 226 yards and TD while running for 88 yards and a score on nine carries.

He restructured the initial two-year, $17.6 million contract he signed with Las Vegas this offseason and took a pay cut, a one-year deal worth $3.5 million but including a no-trade clause. He had been scheduled to make $10.725 million this season.