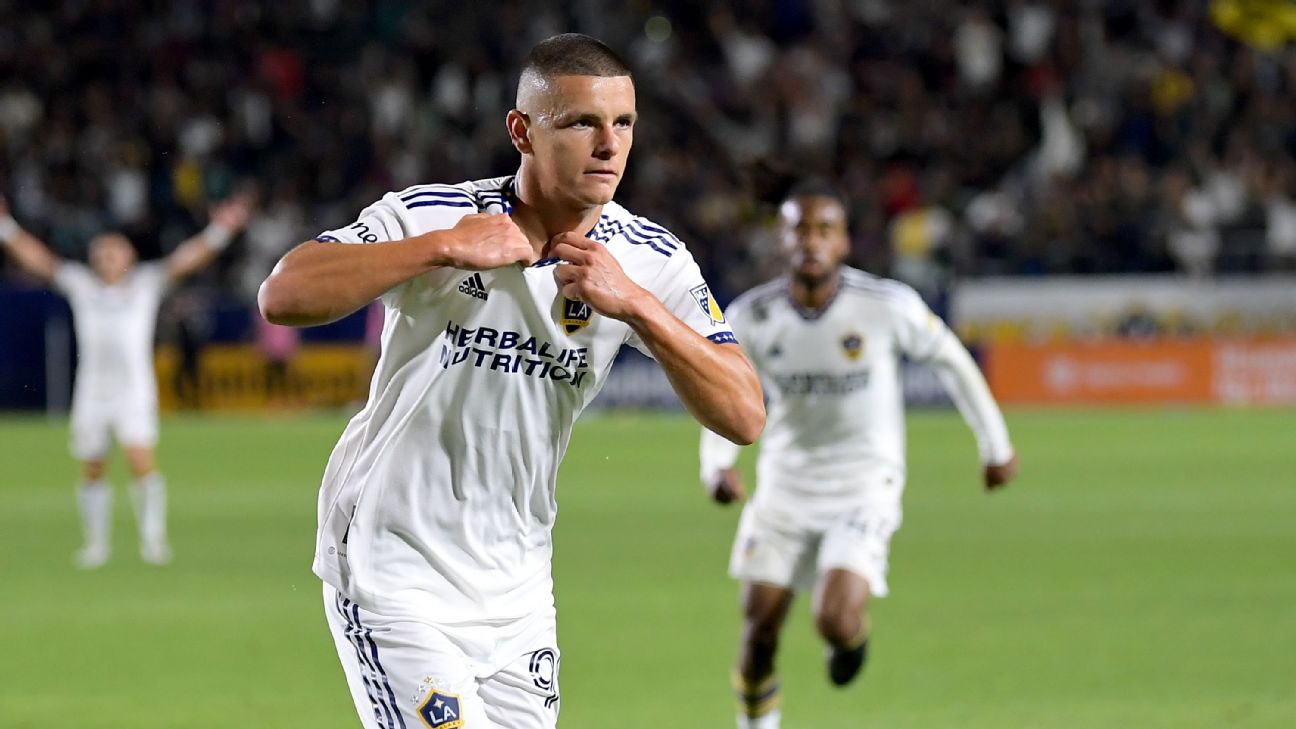 It cost him a yellow card for excessive celebration, but no doubt Dejan Joveljic was just fine with that.

The LA Galaxy forward who was a 77th-minute substitution scored the game's only goal in the 86th minute, putting in a ball from teammate Derrick Williams with his right foot into the bottom right corner of the net. It gave the Galaxy a 1-0 win over Nashville SC Saturday night in Carson, Calif.

After scoring, the 22-year-old from Bosnia and Herzegovina excitedly leaped over the sign boards on the field and into the seats behind the Nashville goal, where the arms and congratulatory cheers from Galaxy fans welcomed him.

Nashville couldn't find a tying goal, and the Galaxy won a match it dominated with 16 shots to four for Nashville, six shots on goal to one, more than double the passes (718 to 341) and forcing Nashville goalkeeper Joe Willis to make five saves.


Willis couldn't come up with a sixth, although at long last after eight straight road matches, Nashville (3-3-2, 11 points) can finally go home to open up its new soccer stadium next weekend.

The Galaxy (5-2-1, 16 points) had a golden opportunity at a 10th-minute goal, when Samuel Grandsir's through-ball found teammate Kevin Cabral in front of the net. But Cabral didn't get a clean shot off and sent the ball wide despite his effort being from close range.

It was the first meeting between the two teams ever, as Nashville entered the league in 2020. The Galaxy has won consecutive home matches for the first time since last summer, although star striker Javier "Chicharito" Hernandez has gone back-to-back games without scoring.

The Galaxy were playing their third game in a week, with a U.S. Open Cup match in the middle of the week between two MLS regular season games. 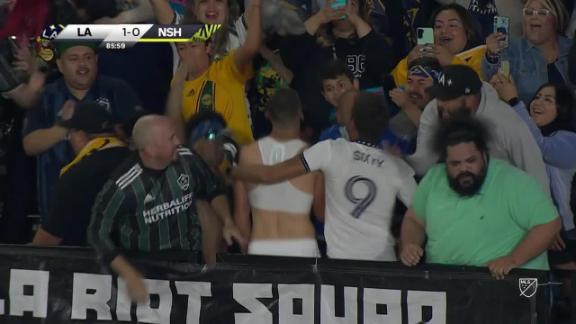 Joveljic celebrates with fans after go-ahead score
Dejan Joveljic grabs the 1-0 goal for the LA Galaxy and goes to celebrate in the stands with the fans. 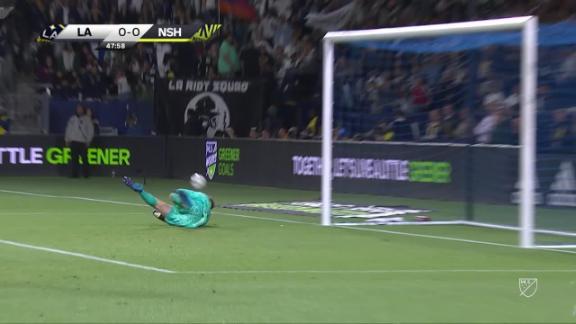