LeBron's first season in Los Angeles has become a disaster 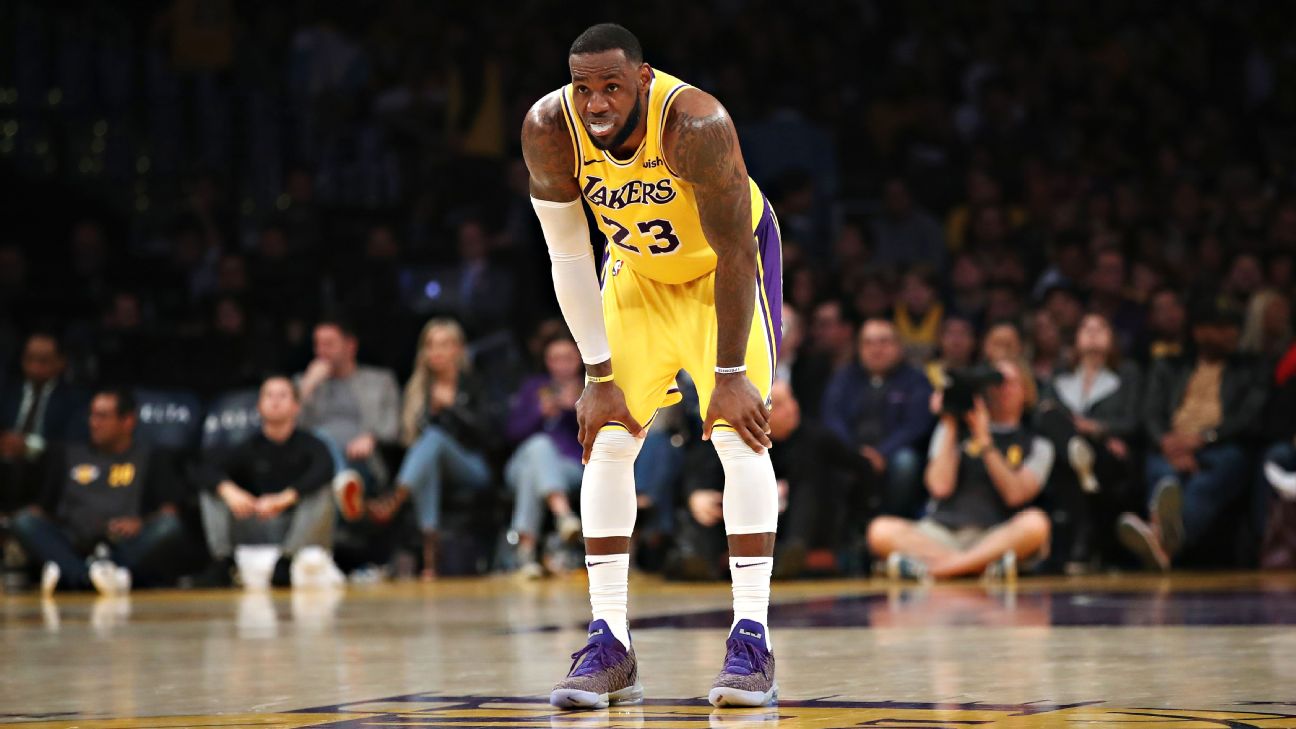 LOS ANGELES -- It was the fall of 1981 and Magic Johnson was not happy. The Los Angeles Lakers had just won five in a row, but Johnson was feeling constrained by the new offense head coach Paul Westhead had installed.

Westhead met with his star point guard over what he called a "lack of concentration," according to a Sports Illustrated report. It didn't go well. Because in the locker room after that meeting, Johnson told the media he couldn't play under Westhead's system anymore and wanted to be traded.

John Rockwell, a close friend of Lakers owner Dr. Jerry Buss, was dispatched to find a solution that didn't involve trading the conductor of Showtime.

"I go to Jerry and he says, 'Well, that's not a problem at all,'" Rockwell recalled in a recent interview with ESPN. "He said, 'Just fire the coach.' So, that's what he did. I was really surprised, but Magic was very important to the team."

There is perhaps no greater articulation of the Lakers' unwavering commitment to the star system than the clarity Buss showed in choosing Johnson over Westhead.

There was no hesitation. Westhead was fired the next morning when the team returned to Los Angeles with three years and more than $1 million remaining on his contract. Pat Riley took over as head coach, and the rest is history.

The rest is history because Johnson performed and won championships. That's the other side of giving stars whatever they want, or think they want, in order to be happy. You better win enough to make all the special consideration worth it.

Kobe Bryant could dictate when and how much he was going to play, practice or pass to his teammates because he would go out and will the team to wins. And as he aged, Buss' kids rewarded Bryant for the five championships he won the franchise with a two-year, $48.5 million contract as he was coming off a torn Achilles tendon, just as Buss had rewarded Johnson.

Because of their experience with superstars and everything they bring along with them, there was perhaps no better franchise for LeBron James to play out his golden years than the Lakers.

They knew how to handle superstars. And at this stage in James' career, with three championships, eight consecutive NBA Finals appearances to his name and an equally burgeoning business and political profile off the court, James is a transcendent star. So the Lakers were prepared to do whatever he needed to be happy.

He didn't want to have a media conference in Los Angeles before he opened his Promise School back in Akron, Ohio. The Lakers said OK.

He talked with Johnson about finding playmakers and guys known for their toughness, which effectively resulted in a roster lacking in shooting and floor spacing. The Lakers went out and got players who fit that description -- who were willing to play on one-year deals.

Johnson said the Lakers didn't want to make the team like theCleveland Cavaliersall over again for James. But sure enough, James found himself back in a ball-dominant role; though he didn't have the shooters surrounding him to space the floor and open driving lanes to capitalize on his pinpoint passing, like he did inMiamiand Cleveland.

Magic was right. It wasn't like Cleveland all over again: Los Angeles is ranked 22nd in offensive efficiency this season with the roster he put together.

But it all could have worked if James hadn't gotten hurt on Christmas Day and missed 18 of the next 19 games. James was just starting to find his footing with this new cast in Los Angeles. The team was starting to get healthy and find enough consistency to develop an identity.

Of course, James did get hurt. And pretty much everything since then has been a disaster.

After Monday's 113-105 loss to the LA Clippers, it seems increasingly likely the Lakers will miss the playoffs for a sixth straight season. It's a fate James hasn't felt since his second NBA season, and he has expressed nothing but disgust about it every time he has been asked.

A few weeks ago, James turned to the local beat reporters at his locker and tried to explain that they didn't know him well enough to understand that he did not tolerate losing like this. Then he turned to ESPN's Dave McMenamin, who had covered him during James' last four years in Cleveland, looking for some understanding and said, "Dave knows me."

James was exactly right. The Lakers treated him as they would any of the superstars who have donned the purple and gold; but the organization, its fans and the players didn't know him. They only knew of what he had done for Cleveland and Miami. He had equity where he'd won championships.

Here in Los Angeles, he just had expectations to deliver on or fall short of.

Had he won here before or wrapped his arms around the city once he arrived, there might be more understanding. But such is the downside of a superstar joining a new franchise at this stage in his career and then effectively failing to launch.

"I haven't been a part of a season with this [amount] of injuries to our key guys," James said. "It's just the way the season has been."
James and the Lakers really never got going before everything fell apart. And once it did, he couldn't do nearly enough to stop it.

It's hard to remember how good the Lakers and James looked before he tore his groin at the Golden State Warriors on Christmas and the wheels fell off. When the season is over and sober evaluations start taking place, perhaps that will factor into the decisions on how to move forward.

But right now, it all feels like a series of missteps and misfortune that everyone shares some blame in.

There was the failed pursuit of Anthony Davis that left half the players on the roster questioning whether James, the Lakers' front office or both still wanted them. That was a self-inflicted blow the team never seemed to recover from.

There were injuries to Rajon Rondo and Lonzo Ball that kept them out for huge chunks of time; nagging injuries to Tyson Chandler, Brandon Ingram, Kyle Kuzma and Josh Hart; and trades for Mike Muscala and Reggie Bullock (long-awaited shooters!) that have yet to pay any real dividends.

The Lakers went 6-12 in the 18 games James missed. Since he has come back, they haven't been much better, and now they have lost nine of their past 12 games. James is still getting back into top shape after the most serious injury of his career, and it has manifested itself especially on the defensive end of the floor.

It might not have been a strictly basketball decision for James to join the Lakers. But basketball is still his core business, and a failure like this doesn't sit well. That's the downside of committing as fully as the Lakers do to a star system.

"We're in a win-or-loss league," James said. "And that's what it's all about. We've had positive. We've had a lot of negative, obviously as far as our play. But at the end of the day, we're in a result league. Results is how many wins you can accumulate throughout the course of the season, so you take the good with the bad and you just keep pushing forward."

While the failures can't be placed on any one person, James, Johnson and general manager Rob Pelinka will have to answer for a lot of it. Head coach Luke Walton could lose his job over it. Most of the roster wasn't going to be back next year anyway, given the team's insistence on signing players to only one-year contracts to preserve salary-cap space for a second star this summer. But you have to assume even larger-scale roster changes will be implemented given the disappointment of this season. 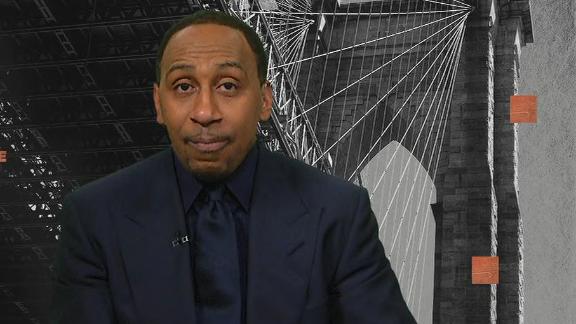 Stephen A.: Lakers have 'collapsed before our very eyes'
Stephen A. Smith describes how bad things are for the Lakers and predicts changes in the front office this offseason. 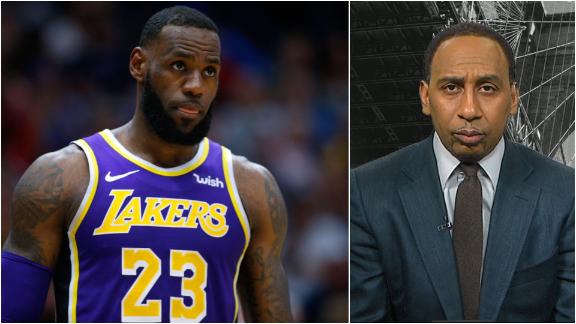 Stephen A. not foreseeing a title, big free agent for Lakers
Stephen A. Smith argues that the Lakers' struggles on and off the court have made them an undesirable landing spot for prime free agents. 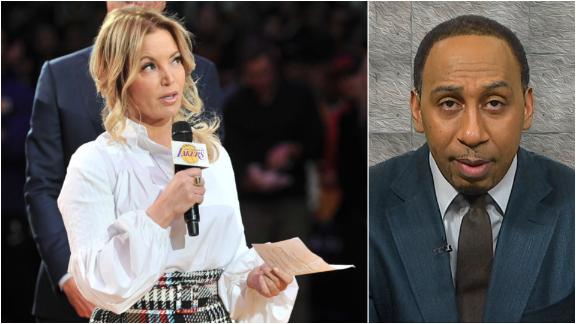