Lonzo Ball returns to full practice, calls it most intense in 5 months 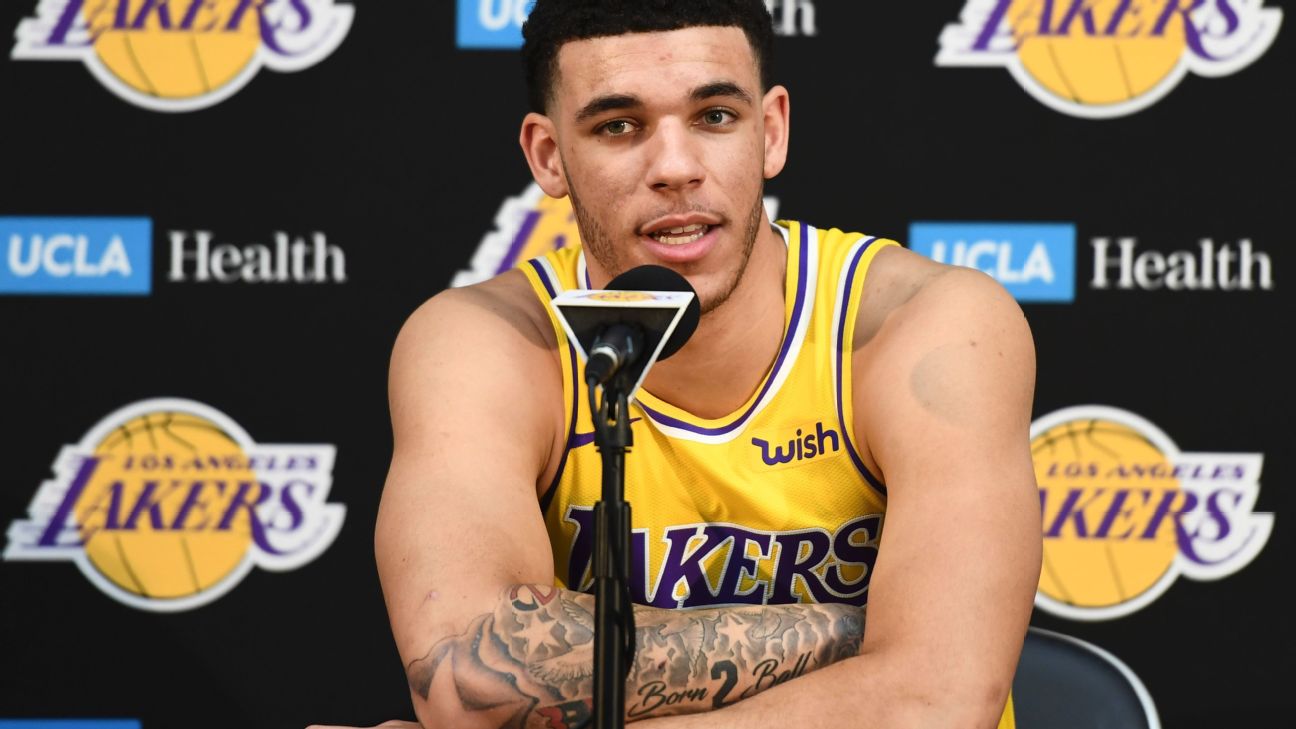 It was the most intense basketball the point guard has played in five months, according to Ball, who underwent arthroscopic surgery on his left knee in July.

"It was good today," the second-year guard said. "Did the whole practice. Did everything today. Obviously I was a little tired but had to get back."

Beyond Ball's first significant on-court action of camp, it was also his first time sharing the stage with the Lakers' marquee free-agent signee,LeBron James.

While Ball claims James was his favorite player growing up, he made it clear he didn't feel intimidated lining up next to one of his idols.

Walton said it is doubtful Ball will play in the Lakers' preseason opener Sunday in San Diego against the Denver Nuggets, but Ball is anxious to play regardless.

"Hopefully as soon as possible," he said. "But Sunday I will be out and then take it day by day."

James, however, will play Sunday, even if sparingly.

"We'll get him out there on Sunday and see how much he plays and it will be determined later, but he'll get out there and play on Sunday," Walton said of James. "He will not play 48 (minutes); it will be more than one and less than 48."

Walton plans to meet with James on Friday to map out just how much the 16-year veteran will play in the Lakers' six-game preseason slate, sources told ESPN.

No matter how much James and Ball play in preseason games, the rest of camp will be paramount for the pair to develop chemistry and for the former No. 2 pick out of UCLA to find his footing again.

Ball missed the final eight games of his rookie season because of his left knee and a total of 30 games overall because of injuries.

He stayed off the basketball court for over a month at the start of the offseason to let his knee heal and strengthen. He also tried platelet-rich plasma injection shots to treat his left meniscus. When the pain persisted, he chose the surgery route.

While Ball didn't get to play basketball all summer, he continued to train in the weight room and reported a difference in his feel for the game with the added strength.

"I am definitely a lot stronger than I was last year," Ball said. "It is just easier going through the paint, shoving people."

Walton was impressed with what he saw out of Ball in the team's controlled scrimmage.

"He looked really good, it was good to see him out there cutting and making his reads and his passes," Walton said.

However, Ball offered a harsher critique of his own play.