Olympics in Los Angeles: A look back at the 1984 Summer Games 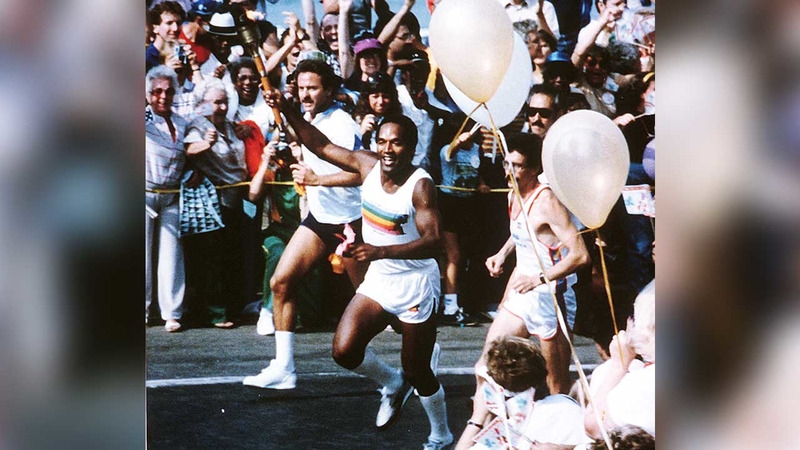 LOS ANGELES (KABC) -- Los Angeles will host the 2028 Summer Olympics after the International Olympic Committee in August struck a deal to award the 2024 Games to Paris.

This deal will bring the Olympics back to the Southland for a third time since 1984 and 1932.

Teams from 140 countries arrived at Los Angeles International Airport ahead of the 1984 Olympic Games. The athletes stayed at the Olympic Village locations at UCLA and USC.

The Los Angeles Convention Center served as the hub for the thousands of newspaper and magazine reporters and photographers who covered the 1984 Summer Olympics.

Marching band members from colleges and universities representing all 50 states gathered at Pepperdine University's campus in Malibu to practice for complex routines during the opening and closing ceremonies for the 1984 Olympics.

The 1984 Olympics torch relay was organized to include Americans of every age, race and walk of life - this included a member of the Hells Angels.

Kim Dyer, 37, participated in the 1984 Olympics as a pistol shooter. She said concentration is key to being a championship shooter.

USC tightened security for the 1984 Summer Olympics, but some on campus felt it went too far.

Angelenos were urged to ditch their cars and take public transportation when attending the 1984 Olympics. A new bus system was created just for the event.

Track and field may have been the highlight inside the Coliseum, but pin trading, the unofficial sport of the Olympics, dominated the streets outside.

Planes pulled banners with various messages high in the air during the opening ceremonies for the 1983 Olympics.