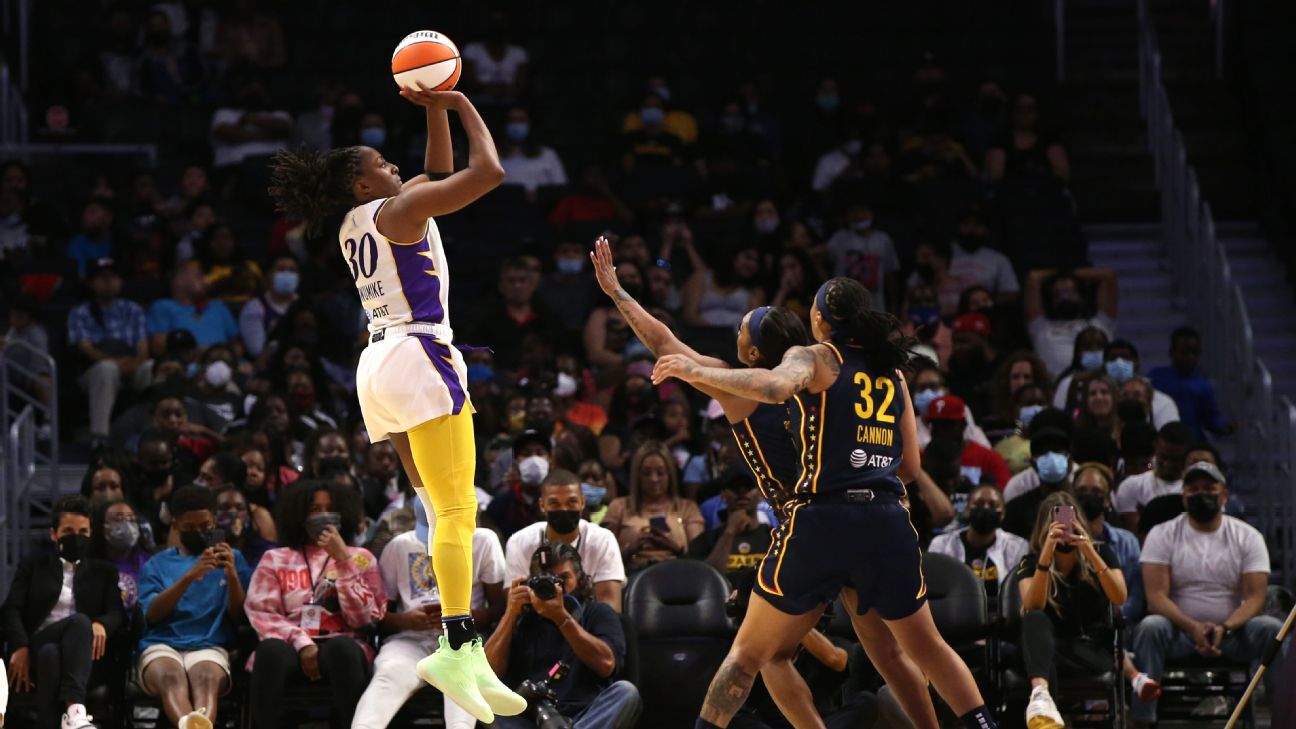 With the WNBA back after the Olympic break, the Sparks beat visiting Indiana 75-70, and Ogwumike had 12 points, scoring her last basket on a breakaway layup just before the buzzer. She also had seven rebounds in 30 minutes, 59 seconds of court time.


"It feels amazing," said Ogwumike, who was 6-of-14 from the field. "I just needed to get out there. What helped me, too, is I didn't have many expectations of myself; I just wanted to go out and help my team. I'm pretty proud of how I felt out there."

Ogwumike, the 2016 league MVP, is in her 10th year in the WNBA, and this is the longest she has been out because of an injury. She did a lot of weightlifting during rehab and says she feels strong.

"But I personally feel I'm not as swift as I want to be," she said. "That's going to come with me playing a little bit more."

Also returning to the Sparks on Sunday was guard Kristi Toliver (eye injury), who last played June 24. She had four points and six assists. Ogwumike's sister and fellow post player Chiney Ogwumike, who last played May 28 because of a knee injury, is getting close to returning, too.

Sparks coach Derek Fisher said he was pleased with Nneka Ogwumike's play and her ability to "push through adverse situations." But he said Ogwumike not going to the foul line at all on Sunday was symbolic of what he feels is a general lack of respect for his team, along with Ogwumike being left off the U.S. Olympic team and no Sparks players being All-Stars this season.


"The lesson for me and for our players is to not allow those external things to pull your focus away from what's right in front of you," said Fisher, whose Sparks are 7-13. "We're gonna have to find a way to play through it all and demand that people respect us."

Along with the player comebacks, it was the Sparks' first game at their normal home, Staples Center, since September 2019. They played in the WNBA's bubble in Bradenton, Florida, last season, and they had their home games for the first half of this season at the Los Angeles Convention Center.

"Staples really is where it's at for us," Nneka Ogwumike said. "And I hope we continue to use that energy being at home to play well."

Along with Ogwumike's return, a few other WNBA players also came back Sunday after lengthy absences because of injury. New York forward Natasha Howard, whose last game was May 24, returned with 30 points in the Liberty's 88-78 loss to Minnesota. The Lynx also had a player return in that game: Forward Natalie Achonwa, who last played June 12, had eight points.

Washington forward Myisha Hines-Allen, the Mystics' leading scorer in 2020 who last played June 17, had 16 points and eight rebounds in a loss to Los Vegas. 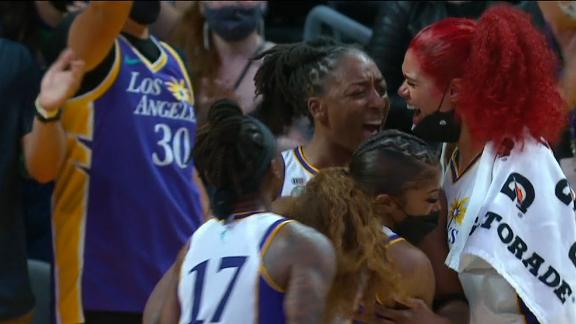