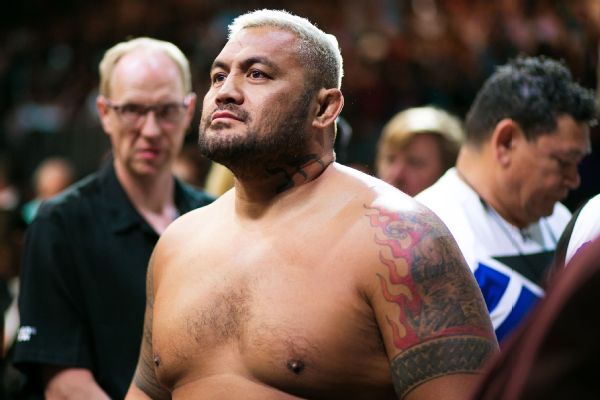 The suit, which was filed in Nevada District Court on Tuesday, alleges the defendants "affirmatively circumvented and obstructed fair competition for their own benefit." It accuses the parties of racketeering, which carries the potential weight of treble damages, and fraud, among other allegations. Hunt is seeking financial relief for damages, both physical and to his overall brand.

The case stems from a heavyweight bout between Hunt and Lesnar, which served as the UFC 200 co-main event July 9 in Las Vegas.

Hunt, 42, has been publicly upset ever since it was revealed Lesnar failed multiple drug tests surrounding the event. He has advocated harsher penalties for doping violations and demanded a clause in future fight contracts that would fine an opponent his entire purse in the event of a failed test.

"I want the UFC to understand it's not OK to keep doing what they're doing," Hunt told ESPN.com. "They're allowing guys to do this. They had a chance to take all the money from this guy, because he's a cheater, and they didn't.

"What message is that sending to the boys and girls who want to be a fighter someday? The message is, 'You just have to cheat like this and it's OK.' In society, if you commit a crime, you pay. Why is it different in MMA? It's hurt the business, so it's even worse. They need to be held accountable for this."

Lesnar (5-3) came out of a near five-year retirement for UFC 200. The UFC and WWE, which Lesnar remains under contract with, described it as a "one-off."

Under the UFC's anti-doping program, a retired fighter must undergo four months of random drug testing prior to resuming competition. The UFC exercised its right to waive that window for Lesnar, however, citing exceptional circumstances.

Shortly after Lesnar defeated Hunt at UFC 200, it was revealed he had failed a prefight drug test administered on June 28. He also failed a second test taken on fight night. Lesnar tested positive for clomiphene, an anti-estrogen agent.

In December, the Nevada State Athletic Commission fined Lesnar $250,000 -- 10 percent of his $2.5 million purse -- and suspended him one year. The United States Anti-Doping Agency (USADA) also suspended Lesnar one year. He is eligible to return to MMA on July 15. Neither suspension affects his WWE career. Lesnar is also believed to have made an additional, undisclosed amount in pay-per-view bonuses.

Hunt's legal complaint points to an article in the UFC's anti-doping program, which authorizes the promotion to pull an athlete's "title, ranking, [and] purse or other compensation" in the event of a violation.

Christina Denning, Hunt's lead attorney, told ESPN.com she met with UFC officials prior to filing the lawsuit in an effort to discuss Hunt's contractual demands regarding future doping violations and "make the UFC 200 situation right." According to Denning, the UFC declined to penalize Lesnar beyond the NSAC sanctions.

"Once we found out the penalty was only 10 percent of his purse, we went back to the UFC and offered to accept [Lesnar's] purse amount, less than the $250,000 penalty," Denning said. "We also wanted them to accept the clause moving forward.

Denning said Hunt is seeking damages "in the millions," in the suit.

The lawsuit alleges the UFC granted Lesnar an exemption on the four-month testing window with "knowledge or willful indifference to the fact that Lesnar was using banned substances." Lesnar, for his part, has denied knowingly using any banned substance prior to UFC 200.

The lawsuit also alleges the UFC and Lesnar knew about his comeback fight well before it was officially announced in June, and asserts Lesnar could have entered a testing pool four months before UFC 200.

Lesnar's first failed test was administered on June 28, but he was able to still compete on July 9 because the results of that test were not made available to the UFC or NSAC prior to the fight.

"The UFC and USADA were aware of the option to expedite samples for a nominal fee but failed to do so," the lawsuit states.

Hunt (12-10-1), who fights out of Australia, has fought three consecutive opponents who have later been tied up in doping allegations. He fought Antonio Silva to a draw in 2015, after which Silva tested positive for elevated testosterone. He defeated Frank Mir in March 2016. Mir failed his fight night drug test for oral turinabol metabolites.

Hunt is currently scheduled to fight Alistair Overeem at UFC 209 on March 4 in Las Vegas. Overeem also failed a drug test in 2012. Hunt says he turned down two fights since UFC 200 because the UFC did not meet his demand for an additional clause in his contract, but that he couldn't refuse any more.

"I didn't want to be in this position," Hunt said. "It puts me in a weird spot because I'm still under contract. Fans say, 'Mark, you knew he was juicing.' I didn't know. You look at him and think, 'Yeah, he's on the gear,' but don't judge a book by its cover and all that.

"This was the last straw. I lost that fight, it ruined it for my fans. It wasn't good. I asked to get out of my contract but I can't. I need to work like everyone else."