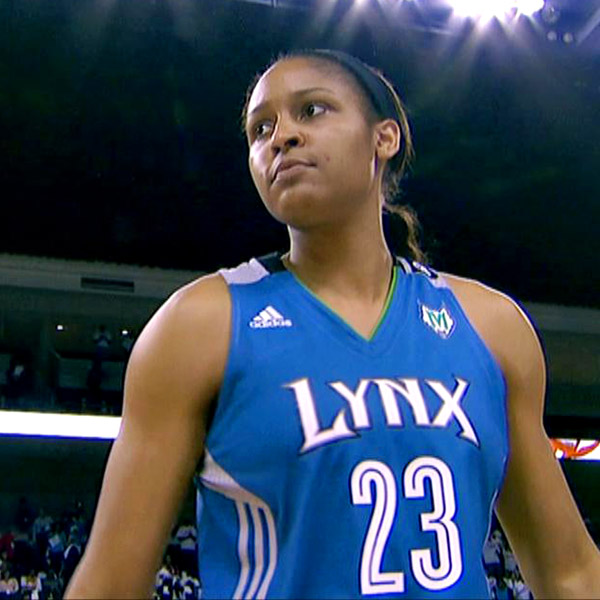 In a release Tuesday, the WNBA said that Moore informed the league that "she is unable to perform her captaincy duties at this time." However, she will remain a part of the All-Star Game.

"I'm once again blown away at the support I've received through votes by our amazing basketball fans. I'm so grateful for all the love," said Moore, the 2014 league MVP who has been part of four Lynx championship teams. "As somebody who is receiving a lot of attention, I wanted to take an opportunity to broaden that focus. I'm thrilled for everyone selected, and now more than ever I'm looking forward to just being a fellow fan of all the greatness I'm surrounded by in this league."

The WNBA is going with a new format this season, similar to the change the NBA made for its All-Star Game, to have the top two vote-getters as captains who choose their teams from the other 20 players voted in.

"I'm honored to be named captain and am excited to be joined by two of my teammates," Parker said. "It should be fun, and it's good to see the league mixing it up with the captain format."

Parker and Delle Donne will draft players from the 20 other All-Stars who were announced Tuesday.

"I'm glad that Maya turned down her role so that I can have the first pick," Delle Donne said with a laugh in a phone interview with the AP. "I've got everyone's name written down and their position. You can't pick wrong, as you have really great players out there."

The game will be held July 28 (3:30 p.m. ET, ABC) at Target Center in Minneapolis. Two other Lynx players besides Moore, guard Seimone Augustus and center Sylvia Fowles, were among the 22 announced Tuesday. They were voted on by players, coaches, fans and media.

Delle Donne will pick first and then alternate picks with Parker. The teams they choose will be announced at the start of Thursday's 8 p.m. ET game on ESPN2, when Delle Donne's Mystics face Dallas.

The Wings' Liz Cambage scored a league single-game record 53 points Tuesday and will join teammate Skylar Diggins-Smith among the All-Stars. Nine players designated as guards and 13 as front-court players made the All-Star list.

Seattle's Sue Bird was selected for her 11th All-Star appearance, breaking a tie for most in WNBA history with retired Indiana star Tamika Catchings. Phoenix's Diana Taurasi was selected to her ninth All-Star team.

Fans accounted for 40 percent of the vote, while current players, current head coaches and a media panel accounted for 20 percent each. Players and coaches were not allowed to vote for those on their own WNBA teams.

Las Vegas' A'ja Wilson, the No. 1 draft pick this year, was the only rookie to make the All-Star list. Every team had at least one player on the list except last-place Indiana.