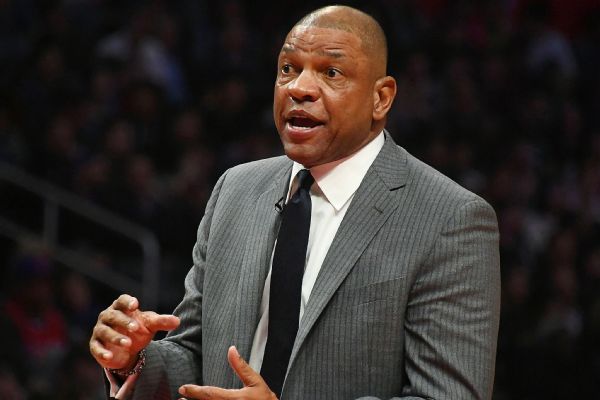 NEW YORK -- LA Clippers coach Doc Rivers has been fined $15,000 for criticizing the officiating after the Clippers' loss to the Houston Rockets.

The fine was announced Friday by Kiki VanDeWeghe, the NBA's executive vice president of basketball operations.

Rivers said his team didn't get the foul calls it deserved after the Clippers lost 101-96 to the Rockets on Thursday night.

"It was 24-8 in free throws," Rivers said, though Houston actually shot 23. "That's a joke. That is a complete joke. I thought our guys drove and got hit all game, and [Lou] Williams down the stretch got killed on a play, and no call. ... Our guys played their hearts out, but for them to shoot that many more free throws than us, and we're the team attacking, it just doesn't make basketball sense to me."