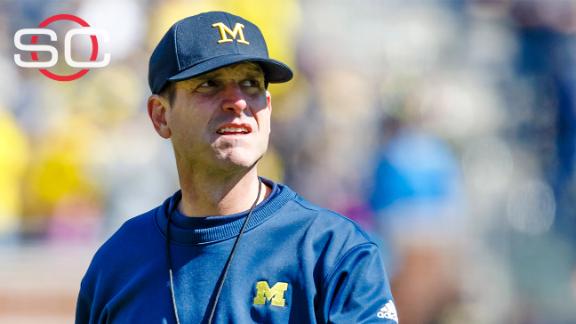 The NCAA has shut down satellite camps, effective immediately, with a ruling Friday by the Division I Council that requires FBS programs to conduct all clinics at school facilities or facilities regularly used for practice or competition.

Satellite camps rose to prominence over the past year as several programs, notablyMichiganand others from the Big Ten, conducted camps in the South and regions rich in recruiting prospects.

The ruling Friday is effectively a win for the the SEC and ACC, which had banned their coaches from working camps at destinations outside a 50-mile radius from their schools.

Alabamacoach Nick Saban spoke out against satellite camps this week in advance of the council's ruling, saying the proliferation of satellite camps could lead to dozens of camps annually in heavily populated cities.

"It sounds like a pretty ridiculous circumstance for me for something that nobody can really determine [if] it have any value anyway," Saban told AL.com.

The issue landed in the crosshairs of the Division I Football Oversight Committee as part of that group's comprehensive review of recruiting issues. The oversight committee, chaired by Big 12 commissioner Bob Bowlsby, last year formed a subcommittee to review camps and clinics.

The subcommittee investigated the need for legislation to address the growing divide over satellite camps and was to report its findings before the council reached a decision.

The Big Ten was the only Power 5 conference that was in favor of satellite camps, a source told ESPN.

The SEC, ACC, Pac-12 and Big 12 conferences all voted to end satellite camps, a source said. Among the Group of 5 conferences, the Sun Belt and Mountain West voted against the satellite camps, while the Mid-American, Conference USA and American were in favor of continuing the camps.

Information from ESPN's Brett McMurphy was used in this report.