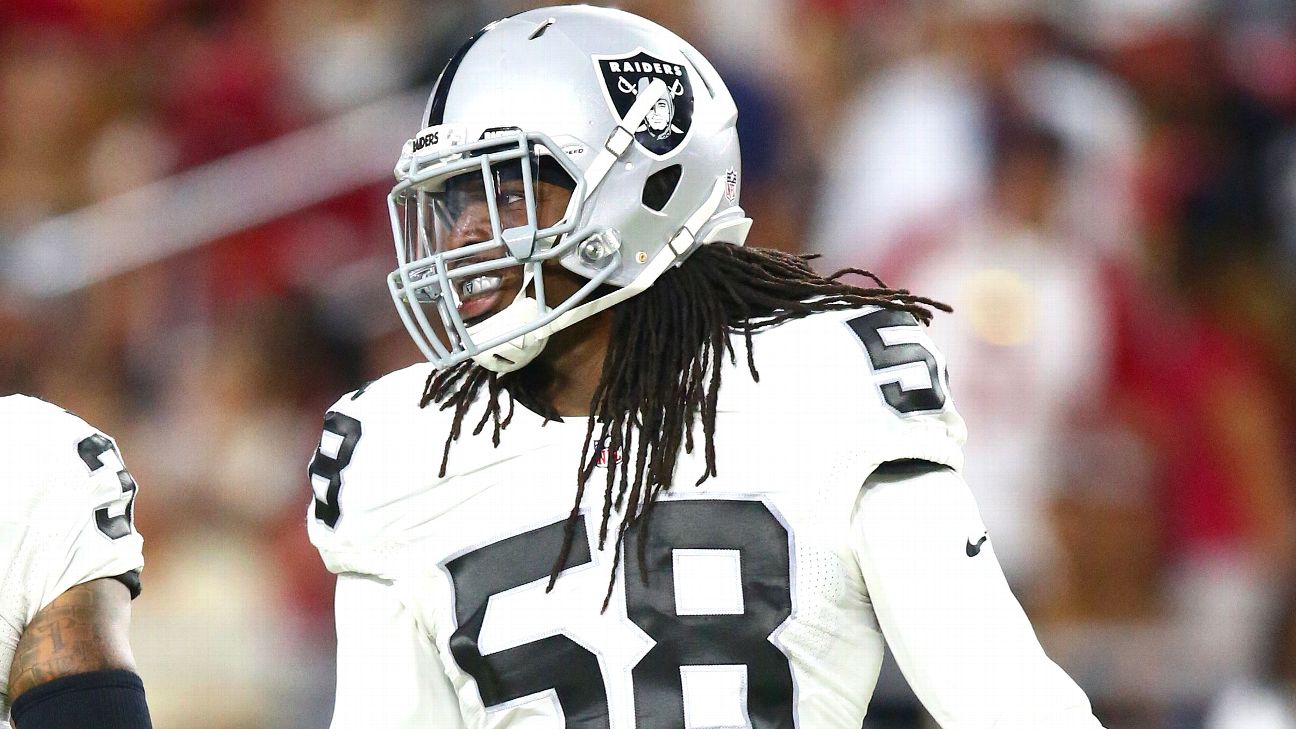 Ball, 26, was diagnosed while at Florida with a rare, congenital condition called an arteriovenous malformation (AVM), in which the brain's blood vessels get tangled and rupture. He underwent emergency surgery after physicians discovered a brain bleed prior to his sophomore year, and he sat out the 2011 season.

However, once he resumed playing football, he continued to excel for the Gators and was selected by the Raiders in the fifth round of the 2015 draft. He played six games for the Raiders in 2015 and rose to a starting role, before a knee injury derailed his career.

Doctors had told Ball and his family that it was unlikely his AVM would recur, and that football presented no specific danger in Ball's case.