NHL Power Rankings after Week 20: Who should buy, sell at the trade deadline 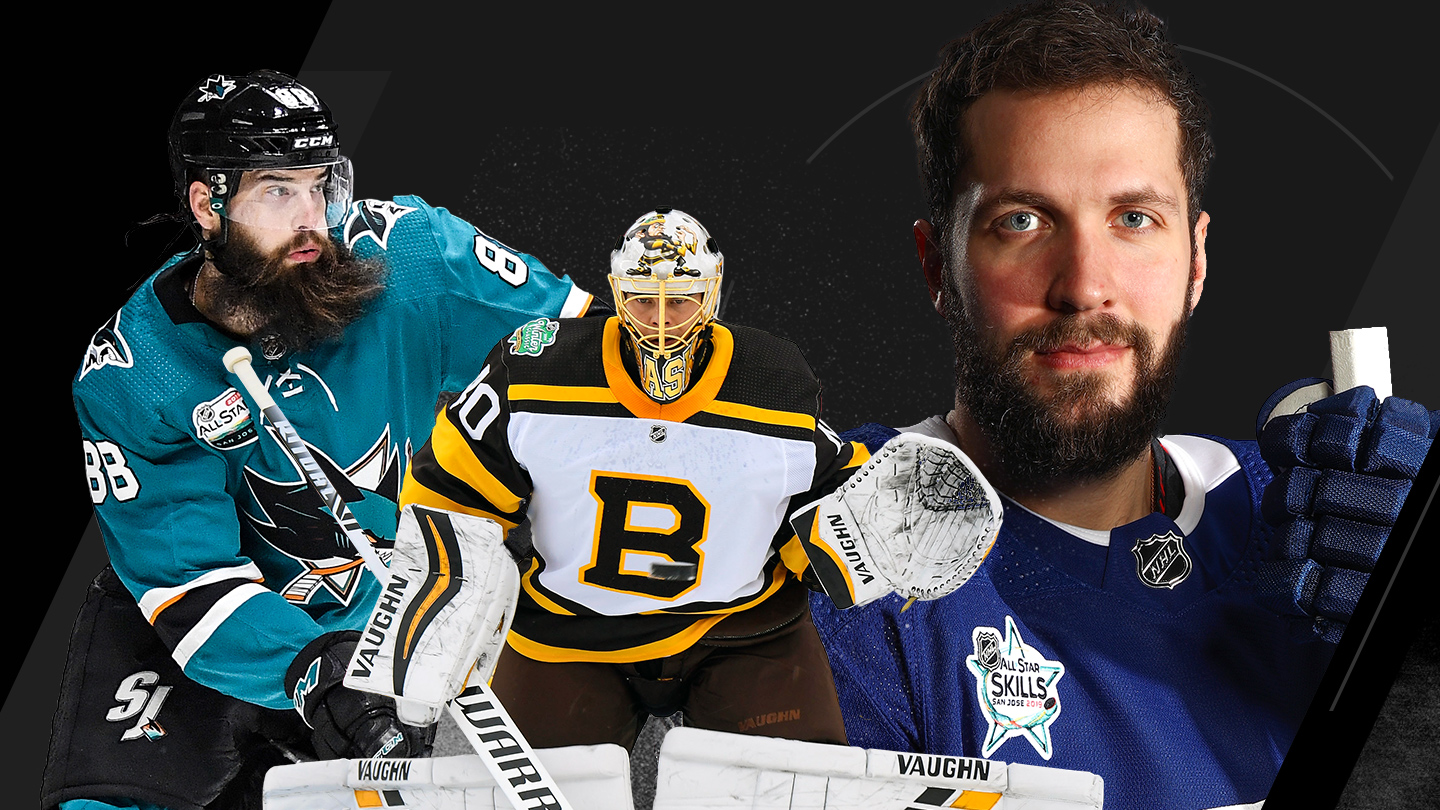 The trade deadline is less than a week away, but placement in the standings isn't the ultimate deciding factor on if each team should go all-in. For this week's power rankings, we identified which teams should buy, sell or stand pat before Monday's deadline.

The ESPN hockey editorial staff submits polls ranking teams 1-31, and those results are tabulated to the list featured here. Teams are rated through Tuesday night's games, taking into account overall record, recent success and context such as injuries.

What to get the team that seemingly has it all? Look, we're wary of messing with the chemistry that's working. But a depth defenseman wouldn't hurt.

The Flames have been dynamite, and there's no reason not to go all-in. The team could buy goaltending assurance, but a middle-six forward would be a nice luxury, too -- especially if James Neal is out a while.

Part of the issue here? The Sharks don't have much to offer, assets-wise. Depleted by the Erik Karlsson and Evander Kane trades, San Jose doesn't have a first-rounder for the next two seasons.

The Bruins want to make a hockey trade. What they really need is someone to help with their dreadful 5-on-5 scoring. Boston should be in on anyone who can score.

The Jets have been linked to the available Senators forwards -- Matt Duchene, Mark Stone and Ryan Dzingel -- and any would be terrific fits. The lack of a solid second-line center once again tantalizes Winnipeg at the deadline.

We know the Leafs are still in the market for a right-handed shooting defenseman. The market offerings are slim, so Kyle Dubas should be wary of overpaying.

Nobody knows what Lou Lamoriello is going to do. He's a tight-lipped GM. We do know the delightful Islanders could make a serious run if they acquire one of the big available names.

The Predators were exposed by having only one functioning line in last year's playoffs, and -- despite the mucky playoff picture behind them -- could use some upgrades up front.

The Caps might need to make a move to get them going again but only need something small. A third-line forward or sixth defenseman would do.

GM Jim Rutherford is never satisfied. But he has already made enough tweaks for his team this season, including the recent Nick Bjugstad addition. It's time to ride it out and see what the Penguins can do.

A sizzling six-week stretch has the Blues (a team we left for dead) back in the mix. With goaltending settled, why mess with the chemistry here? This roster is good.

The months-long dilemma with pending free agents Artemi Panarin and Sergei Bobrovsky will finally come to a head. We'd advocate for keeping Panarin as the team's own "rental." Another scenario: parting with Panarin and adding an Ottawa forward.

GM Marc Bergevin has already said he's not in the rental market. That means the only thing to do for this team, a pleasant playoff bubble surprise, is to make a more conservative move or two.

George McPhee has been calculated in every move so far in building this team; his only misstep was overpaying for Tomas Tatar at last season's deadline. No reason to repeat that mistake.

The Canes have had the same unbalanced roster all season, so -- lurking for a playoff spot -- let's address it. Buy a top-six forward, trade away one of their talented defensemen to get him.

How do you separate yourself from the Avs, Blackhawks, Wild, et al? Go big. Dallas is a sneaky good fit for Matt Duchene or Artemi Panarin. Duchene could even stay long term.

The team has begun righting the ship, but still probably won't reach a long-term deal with fan favorite Wayne Simmonds. The 30-year-old will find a new home next week.

So the hot start has cooled, considerably. The Sabres are probably not a playoff team for 2019, and should take the long view here and stay the long-term course.

The Wild are still in the playoff mix, but GM Paul Fenton will want to make his stamp on this roster eventually. Eric Staal is getting interest and -- despite a desire to stay -- could find a new home.

They've showed some flashes of life, but the Avalanche are nowhere as good as they looked for the first 25 games. Stay the course. The core is there, and the prospects are coming.

The Blackhawks might make a surprise run to the playoffs, but this season should be more about transition. Chicago should exercise patience and make a bigger splash in free agency.

It would be great for this young core to get a taste of playoff hockey. The Canucks will want to stick to hockey moves -- adding players with term left -- but could benefit from some additional depth.

Ravaged by injuries, the Coyotes haven't made up ground in the murky West. Once again, this might not be their year. They should be testing the market on players like Josh Archibald, Kevin Connauton, Richard Panik and Jordan Weal.

The season has gone awry. The Panthers should regroup for a big push in free agency. Derick Brassard should be flipped. Mike Hoffman is a bit pricey but also could find a new home.

Hey, at least the Rangers have been transparent about their plans.Mats Zuccarello's stock is soaring; Kevin Hayes is generating interest, too, as is veteran right-handed defenseman Adam McQuaid.

How committed is GM (and interim coach) Bob Murray to shaking things up? A deal to keep Jakob Silfverberg in Anaheim was announced Wednesday night, but other teams might inquire about Brandon Montour, Adam Henrique, Nick Ritchie and others.

Perhaps the most attractive player the Devils have to offer right now is Marcus Johansson (who has a five-team no-trade list). But if teams call on any other depth players, New Jersey should listen.

Ken Holland won last year's deadline with his thievery involving Tomas Tatar. Can he orchestrate another coup? Maybe not, but a few picks and/or prospects for Gustav Nyquist, Nick Jensen and Jimmy Howard would do.