Nick Saban: Not sure on backup QB Blake Barnett's departure 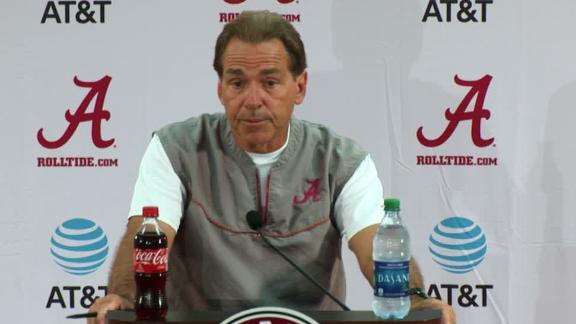 Alabamacoach Nick Saban said he isn't aware of a pending transfer for Blake Barnett,despite a report that the second-string quarterback has left the program.

According to the report from AL.com, Barnett intends to transfer, which would make him the fourth quarterback to do so from Alabama since 2014, joining Parker McLeod, Luke Del Rio and Alec Morris.

"I know there's a lot swirling around about Blake Barnett," Saban said Wednesday. "He did come to see me today before practice with some concerns about his future. Blake is a fine young man, he's done a great job with this program and we'd love to see him be a part of the program in a future. But we also want him to do what's best for him.

"I don't have a final decision on that. Nobody has told me that. You may know more about it than I do, so I can't make any more comments about it other than that."

Barnett, a redshirt freshman, started Alabama's season-opening game against USC before he was pulled in favor of Jalen Hurts. Barnett, a former five-star product from California, appeared in three games and completed 11 of 19 passes for 219 yards and two touchdowns versus the Trojans.

Redshirt junior Cooper Batemanwould become the clear No. 2 quarterback on the Crimson Tide's depth chart with Barnett's departure. Bateman started one game last season and was the primary backup to then-starter Jake Coker.

Hurts, a true freshman, has started each of Alabama's past three games and has thrown five touchdowns and just one interception. He also has rushed for three scores.

Top-ranked Alabama (4-0) will host Kentucky on Saturday night in Tuscaloosa. 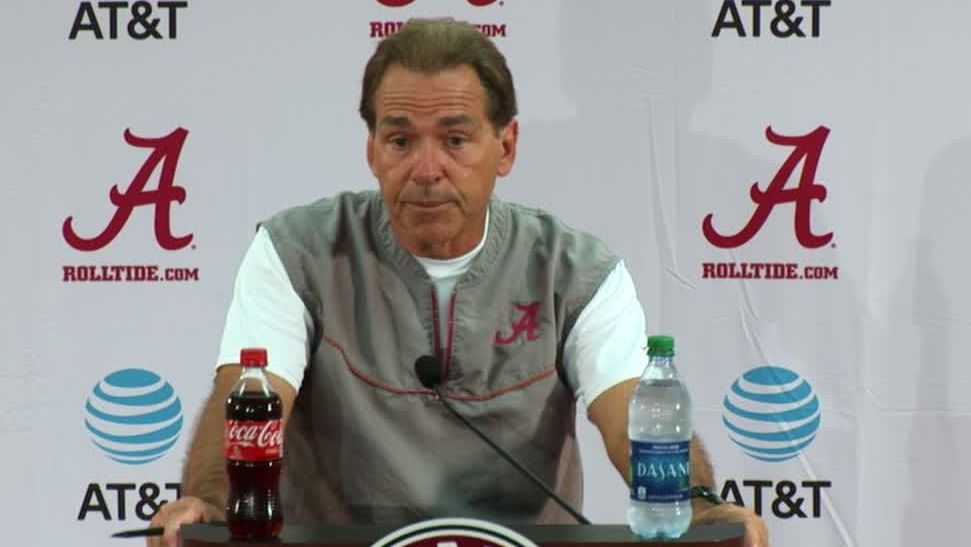