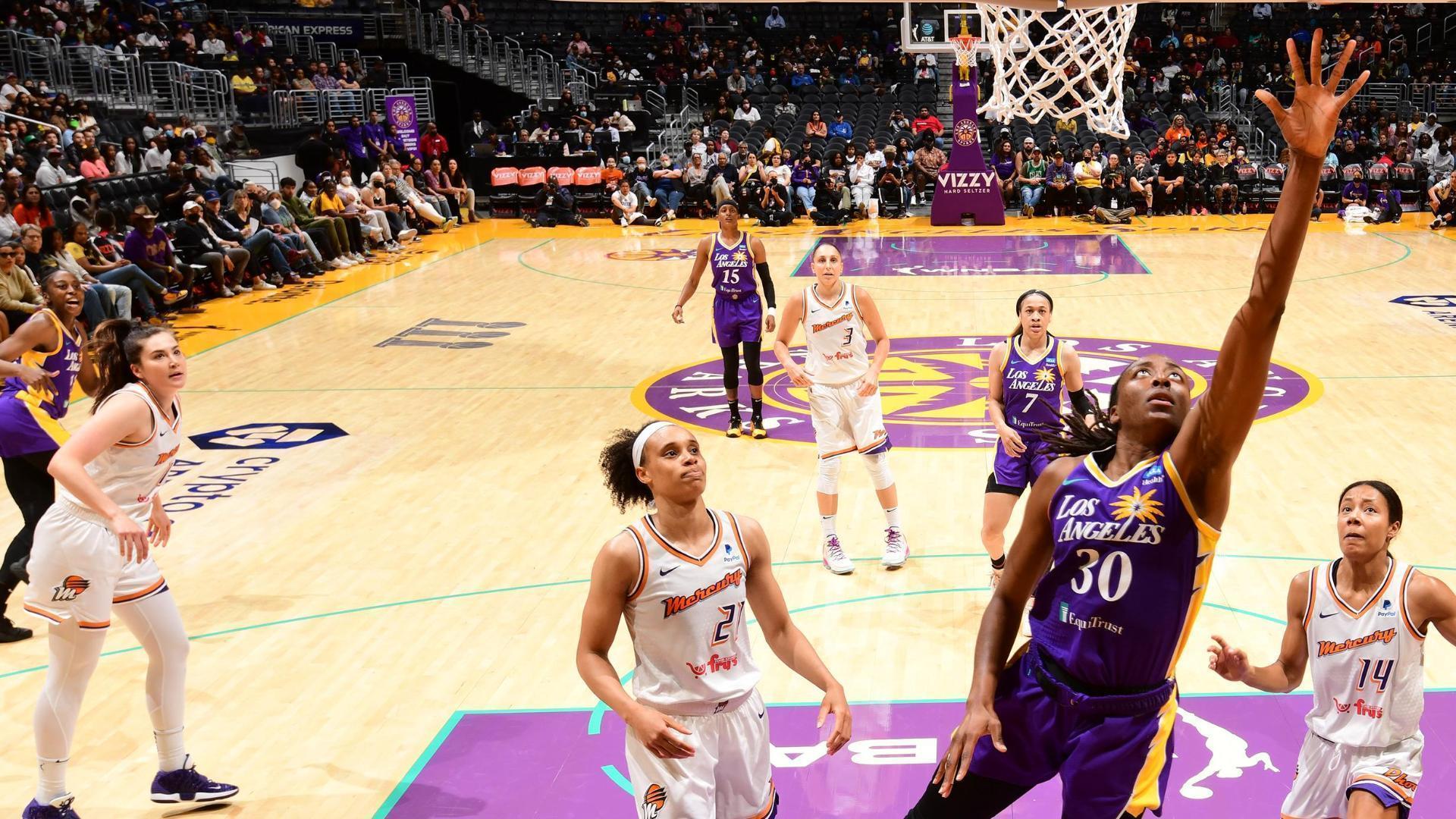 Katie Lou Samuelson, the No. 4 overall pick in the 2019 WNBA draft, hit four 3-pointers and finished with 17 points - both career highs - for Los Angeles. Chennedy Carter had 12 points on 6-of-9 shooting in 17 minutes off the bench and Lexie Brown added 10 points.


Carter made a layup to close the first quarter and Ogwumike scored in the paint 18 seconds into the second to make it 24-22 and the Sparks led the rest of the way.

Diana Taurasi made three free throws to ignite an 11-2 run over a 2 1/2-minute span that trimmed the Mercury's deficit to 97-94 when Taurasi made two more free throws with a minute to play. Cambage was called for an offensive foul with 41.8 to go but Samuelson blocked a shot by Skylar Diggins-Smith and secured the rebound as Los Angeles held on.

The Sparks (3-5) scored their most points in a game this season. Los Angeles averaged 75 points - and never scored more than 84 - over the previous five games after averaging 92.5 in back-to-back wins to open the season.


The Mercury (2-5) have lost four in a row. Diggins-Smith, the team's leading scorer at 17.0 points per game, returned after a two-game absence due a non-COVID illness. The four-time All-WNBA selection (two first team) had 28 points on 11-of-17 shooting and three steals.