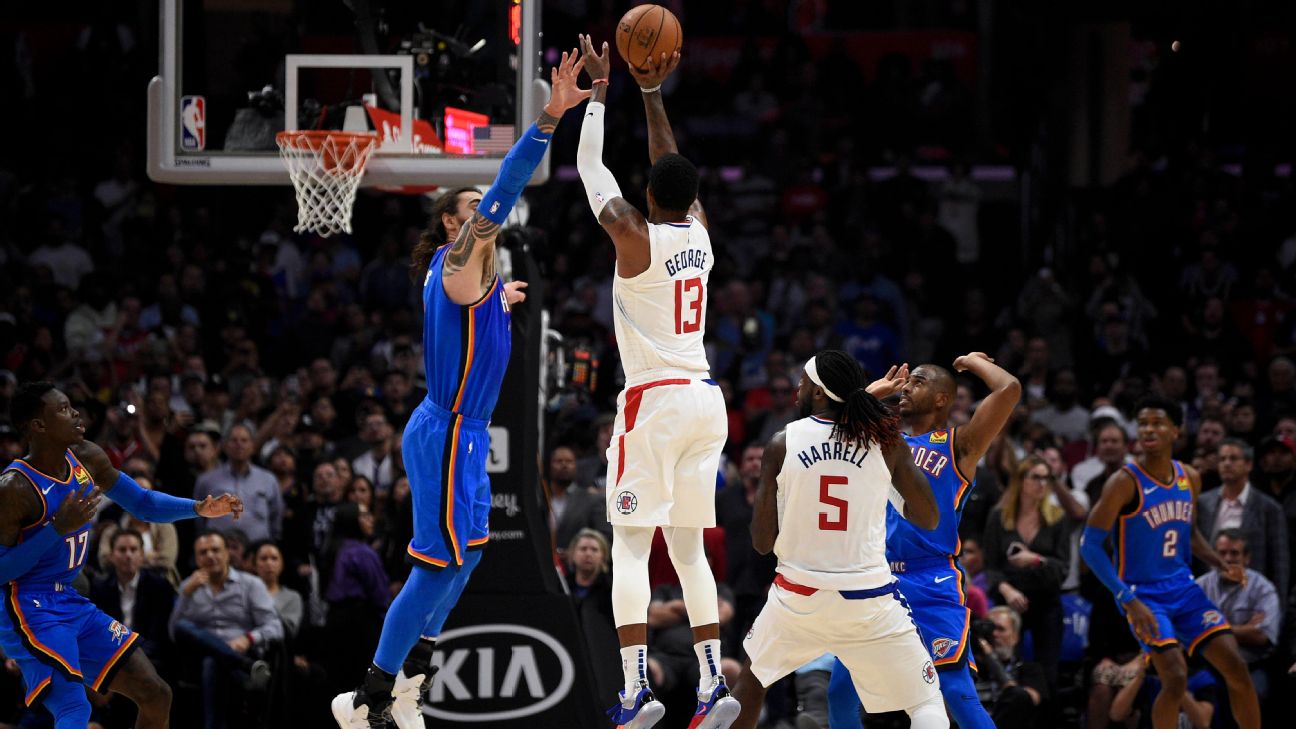 LOS ANGELES -- Paul George knows the narrative used to be that he isn't clutch.

That hasn't been true of late, and on Monday, the All-Star swingman proved that for the first time as a member of theLA Clippers. In his third game back from offseason surgeries on both of his shoulders, George beat his old team in the final seconds. He buried a catch-and-shoot, go-ahead 3 off a curl with 25.9 seconds left before adding a free throw late to lift the Clippers to a 90-88 win over the Oklahoma City Thunder at Staples Center.

"You know, there was a big thing about [how I] can't make it to win games," George said. "That stuff doesn't bother me. I am out there to play hard and to win games. I feel confident in every shot that I take. It's up to me to make it or miss it. That type of stuff don't bother me."

The Thunder trapped George often, holding him to fewer than 33 points for the first time this season and forcing the swingman into seven turnovers. After scoring 70 points in 44 minutes his previous two games, George was held to 18 points and seven rebounds.

But Clippers coach Doc Rivers called George's number with the Thunder up 88-86 late. And George delivered again with the game on the line.

Since the start of the previous season, George has made four go-ahead 3-pointers in the final 30 seconds of the fourth quarter or overtime, according to ESPN Stats & Information research. That is twice as many as any other player in the league in that span.

George appears to have reversed his late-game play; he was 1-for-12 on such 3-point attempts in his career before the start of last season.

"I just felt that the play would get him open," Rivers said of drawing up a play with Montrezl Harrell freeing George for the catch-and-shoot with a screen on Chris Paul. "With his size, I was looking at who could get a good shot off. With his size, they had a small on him, I really felt good in the timeout. I didn't know that he was going to make the shot, but I did feel like we were going to get him a good shot."

Despite having surgery in May to repair a partially torn tendon in his right shoulder and another surgery a month later for a partial tear of his left labrum, George hasn't missed a beat offensively. He hit seven of 14 shots against Oklahoma City and is shooting 27-for-44 overall, including making 12 3-pointers.

He has done so with teammate Kawhi Leonard sidelined due to a left knee contusion the past three games. Rivers said there isn't any concern about Leonard's injury becoming more than a day-to-day issue.

George can hardly wait to see what it will be like when the two-way All-Stars are finally playing together.

"You just can't do that because Lou, Kawhi or myself -- whoever is getting that type of defense -- we are going to pick you apart and make plays offensively."

As for his old team, George said Oklahoma City did well in the July trade that sent George to the Clippers in exchange for five first-round picks, the right to swap two first-round picks, Shai Gilgeous-Alexander and Danilo Gallinari.

Gilgeous-Alexander scored 11 points, and Gallinari had 14 points Monday, but both missed shots in the final 12.3 seconds that would have given the Thunder the lead.

"I thought it worked out great for them," George said. "I think Shai is a future star, and he's proven that he can carry a load ... him just being under CP, he is going to learn so much. So they got a star.

"And Danilo is a proven big-time scorer. And then how many picks that they got? Their future is bright. Sam Presti is a proven expert at drafting." 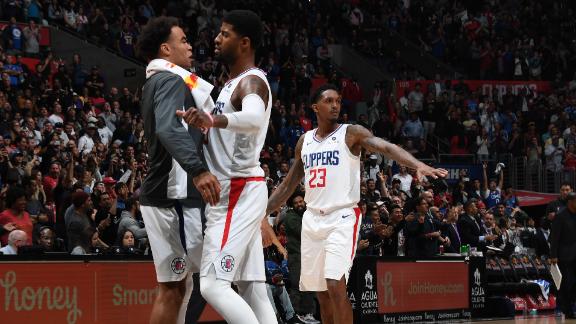 PG hits go-ahead 3, Clips get clutch stops to down OKC
Paul George puts the Clippers ahead with a 3-pointer late, then the Clippers defense gets a pair of stops to secure an 89-88 win over the Thunder.
Report a correction or typo
Related topics:
sportsespnnewsoklahoma city thunderpaul georgela clippersnba
Copyright © 2020 ESPN Internet Ventures. All rights reserved.
More Videos
From CNN Newsource affiliates
TOP STORIES