Raiders' Abram to have surgery, placed on IR 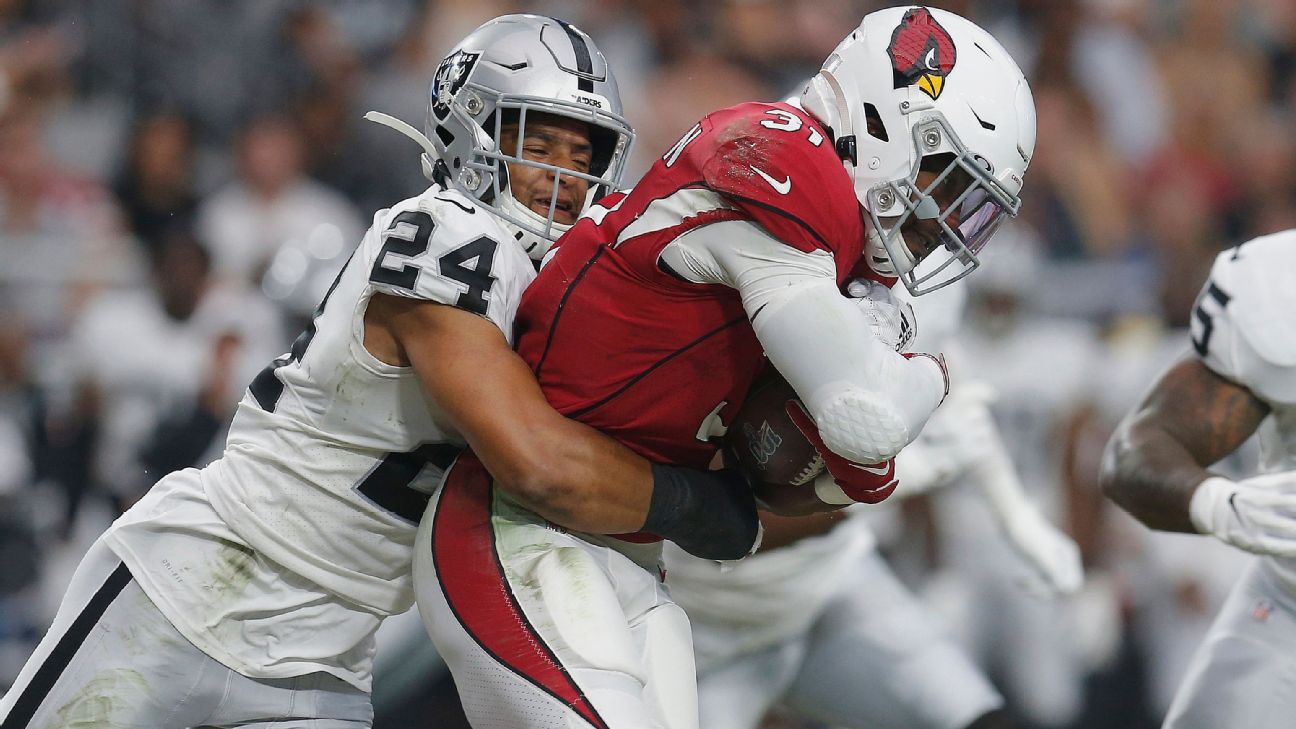 Gruden said Abram will be placed on injured reserve.

"Big blow to our team," Gruden said after practice."No question it's a big loss. ... We'll consider this a redshirt year for him."

Abram reportedly suffered the injury during the first quarter of the Raiders' 24-16 win against the Denver Broncos on Monday night. Abram, who finished with five tackles and a pass defensed in playing 49 of 64 defensive snaps, was also on the field for four special-teams snaps. He was not credited with a tackle in the first quarter.

"For him to go out there and hurt it when he did, and to continue to play ..." quarterback Derek Carr said. "He said, 'Yeah, I'll just start hitting people with my other shoulder.' And that right there shows you what kind of man he is. He's a grown man. He's a Raider, and he's our Raider. And I'll make sure that he's still a part of this, he feels a part of it."

For the game, Abram was flagged twice, once for illegal contact and another time for lowering his helmet to initiate contact. On the second penalty, Abram accidentally kicked teammate Gareon Conley on the top of the helmet, which ended with Conley being strapped to a stretcher and carted off the field.

After the game, Abram seemed unaffected and pain-free at his locker.

"That's the identity we're trying to bring back -- fast, physical and aggressive," Abram said at the time. "You come across the middle, we're going to hit you. There's a couple plays we left out there I know I want back for sure, and I know the other guys feel the same way."

Abram, whoentered the NFL with a reputation as a hard hitter, took to Twitter on Wednesday.

Gruden said Tuesday that Abram "got a little bit too reckless at times" during Monday's game.

"He made some big plays [against the Broncos] to help us win a football game," Gruden added Wednesday. "He's a big part of our future -- everything as advertised. He'd probably play this week, if we let him."

Lamarcus Joyner is listed as the co-starter at free safety with Abram, but Joyner is generally the slot cornerback in the Raiders' nickel defense. With Abram out, veteran Curtis Riley could step in at free safety.
Report a correction or typo
Related topics:
sportsespnnfloakland raidersjohnathan abram
Copyright © 2020 ESPN Internet Ventures. All rights reserved.
More Videos
From CNN Newsource affiliates
TOP STORIES