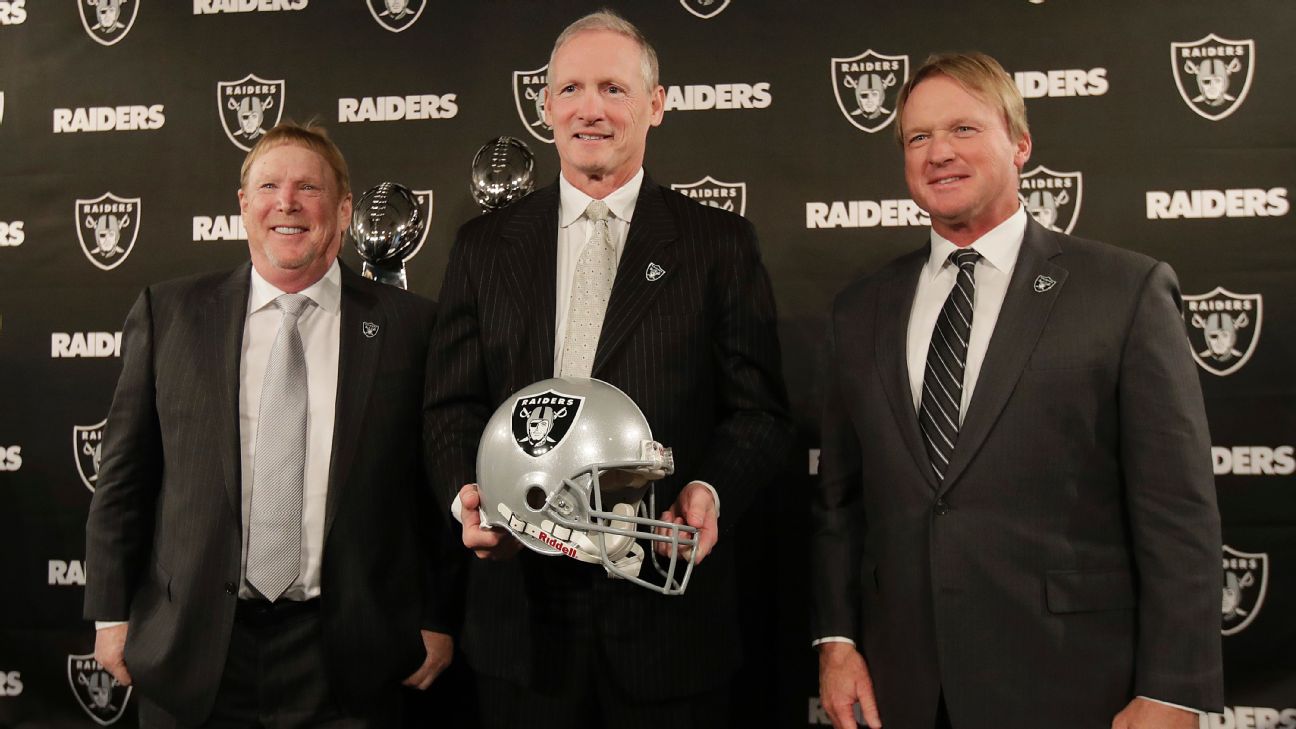 SANTA CLARA, Calif. -- One week after being introduced as Oakland Raidersgeneral manager, Mike Mayock explained the power dynamic between himself and head coach Jon Gruden.

"In all honesty, Jon's got final say, if it ever comes to that, and I've got zero problems with that," Mayock told ESPN's Steve Levy on Monday afternoon at Levi's Stadium, where he was scouting the college football title game between Alabama and Clemson.

Mayock, who was interviewed by late Raiders owner Al Davis a decade ago, had never held a front-office job before being hired by Gruden and Raiders owner Mark Davis. Rather, he was a longtime draft analyst for NFL Network, and his acumen with college players is what appealed to Oakland.

He said in his introductory news conference that he would need help with the "mechanics" of the job at first, and he reiterated that on Monday.

"This is the first time I got out of the building, I think, in a week, and I'm not even kidding you," Mayock said. "It's been awesome. I've been a little overwhelmed with some of the non-football duties that go along with being a GM, and you've got to kind of prioritize, get yourself back to the tape, because that's the reason I'm there in the first place."

The Raiders hold three first-round NFL draft picks (No. 4 overall, theChicago Bears' No. 24 overall and the to-be-determined selection belonging to the Dallas Cowboys, who face the Los Angeles Rams in an NFC divisional playoff game on Saturday).

With the talent about to take the field Monday night, Mayock said he was told by a player evaluator that he could "probably get a B+" if he drafted players only from Alabama and Clemson in April.

"I'm excited, and the reason is you watch all this tape, OK, but I get down here and now I get the body types before we get to the Senior Bowl or the combine," Mayock said. "I get the body types, I'm going to take my notes. I've watched bunch of film this morning of both these teams, and I've got a whole bunch of guys I can't wait to check out."

The Raiders are coming off a 4-12 season, Gruden's first one back after spending the previous nine years in the broadcast booth with ESPN's Monday Night Football. Gruden's staff will coach in the upcoming Senior Bowl in Mobile, Alabama, against Kyle Shanahan's San Francisco 49ers staff.

Mayock was asked how quickly the Raiders, who do not have a home yet for 2019 and are moving to Las Vegas in 2020, can rebound.

"It can happen quickly, and, again, we've got a great head coach and a great quarterback," Mayock said, referencing Gruden and Derek Carr.

"We've got three first-round picks this year, two next year and a little money to spend in free agency. So, what I can tell you is we're going to start with the basics, and I think over the next couple of years, you'll see a huge increase in the talent level of the Raiders." 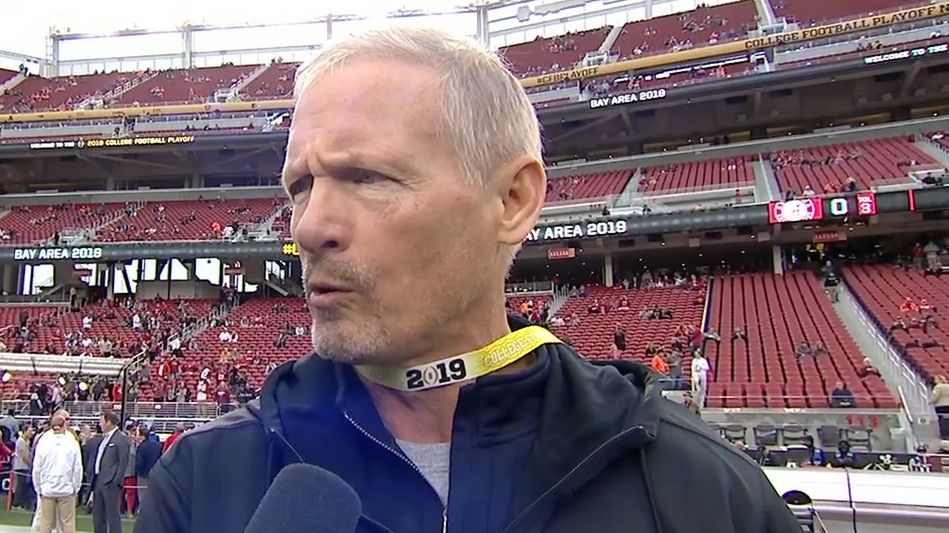