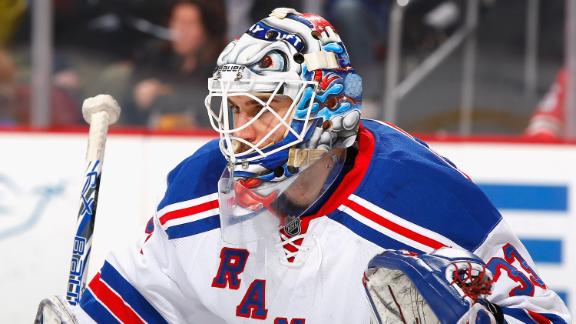 The Rangers also were involved in a stunner of a trade with the Anaheim Ducks, acquiring forward Emerson Etem and pick No. 41 in exchange for Carl Hagelin, pick No. 59 and pick No. 179.

The Rangers then used the newly acquired 41st pick on prospect Ryan Gropp.

Talbot has just 57 games of NHL experience, but at age 27, he could still blossom into a starter.

He has a year left on his contract and can be an unrestricted free agent next summer.

The Rangers later found their backup goaltender to replace Talbot, acquiring Antti Raanta from the Chicago Blackhawks in exchange for forward Ryan Haggerty.

On Sunday, Talbot tweeted his thoughts on the trade.