Rick Pitino: NBA should be option 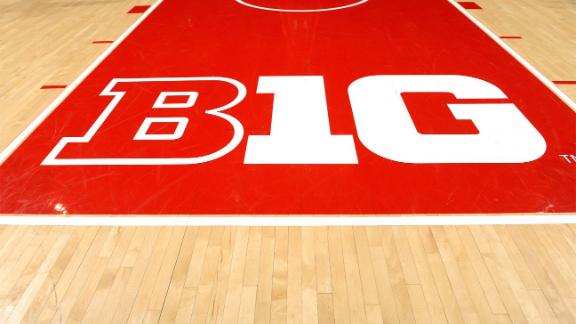 "I'm very much in favor of high school kids going pro," said Pitino, who will lead Louisville against Northern Iowa in a round-of-32 NCAA tournament matchup Sunday, during his pregame comments Saturday. "I had six young men commit to me out of high school that didn't go to college, that went to the pros. I'm very much for that because they didn't want college. They wanted to go to the NBA. And if they go to the [NBA Development League], that's fine with them. But the six-, seven-month education, online classes second semester. I don't know what that does for a young person."

Pitino added: "Now, I'm different than, probably, the coach of Kentucky, who is having so much success with that."

Kentucky, which is 36-0 after defeating Cincinnati on Saturday, has been led by multiple freshmen throughout John Calipari's tenure. Calipari is 7-1 against Pitino since he was hired in 2009.

Calipari has previously expressed support for a two-year requirement before players can declare for the draft.

Pitino has rarely relied on freshmen to carry his teams. But he has lost multiple star recruits, including Sebastian Telfair, to the NBA.

Spartans coach Tom Izzo said he would welcome a one-and-done talent to Michigan State but added that he is worried about those advised to make the jump to the pros.

"Like everything else in the world, smoking cigarettes was cool, then after research of years and years and years, it develops lung cancer," Izzo said at a news conference Saturday. "So we change our thoughts. We have not researched where a large majority of these guys that come out early [are]. ... Some day, 10 years from now, there's going to be a study of how many kids came out and ended up on the streets. That's the crime of this whole thing."

Izzo said if he was a kid in that situation he would enjoy the college experience.

The current rules -- that a player must be 19 years old to enter the NBA draft -- could change once the NBA and National Basketball Players Association enter negotiations for the next collective bargaining agreement in 2017. Commissioner Adam Silver has said that he is in favor of an age limit of 20 years old for potential draftees.

Pitino disagrees with the age limit, which essentially forces elite athletes to attend college for a season or compete overseas for a year if they desire advanced competition.

Duke coach Mike Krzyzewski said the decision is out of the hands of college coaches.

"It really doesn't matter what I would want. It's what the players' union and the NBA would decide on," Krzyzewski said.

Information from The Associated Press contributed to this report.