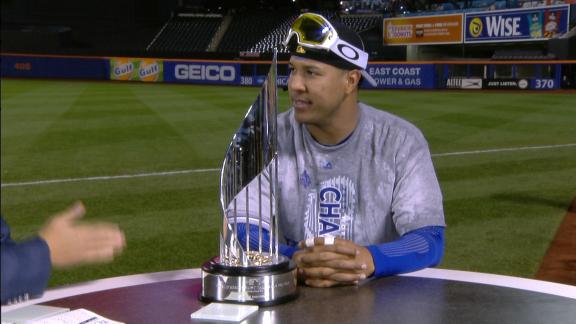 Perez hit .364/.391/.455 in the series, going 8-for-22 at the plate with two doubles while scoring three runs with two RBIs. In the Series-clinching win, Perez plated the tying run in the Royals' ninth-inning comeback, then sparked their victory in the 12th inning with a leadoff single down the right-field line before being lifted for pinch runner Jarrod Dyson.

"He just had a phenomenal series," Royals manager Ned Yost said. "I think if I had one regret during the whole playoffs, [it] was I had to pinch run for Sal there in that inning. But it opened up the door for us to score five. I really wish that Sal could have been out there to jump in [closerWade Davis'] arms when we got the final out."

Up to that point, Perez had caught every inning for the Royals in the series, but at times was nearly forced out of games by injuries that are the routine hazards of catchers at every level.

"He's never going to say nothing," said Yost, a former catcher. "He's as tough as they come. You just know that even if you ask him, he's going to tell you he's fine, so no sense of asking him."

Perez achieved a unique feat by driving in the tying run in the ninth inning of Game 5 one year after being the last batter in Game 7 of the 2014 World Series against the San Francisco Giants, ending that game with a popup to Pablo Sandoval at third base.

Asked about that coincidence, Perez said, "I already forgot about last year. So I just enjoyed the moment now. In 2015, Kansas City is No. 1. Who cares about what happened last year?"

In Game 5, batting against Mets closer Jeurys Familia with Eric Hosmeron third base and one out, it was Perez's grounder to third base that allowed Hosmer to score. The Royals' first baseman scampered home, forcing an errant throw by Mets first basemanLucas Dudaafter Perezwas retired on third basemanDavid Wright's assist.

"You guys know what we've done all season," Perez said. "We never quit. We never put our heads down. ... We always compete to the last out. And that's what we did tonight."

Perez became the first catcher to win the MVP award since Pat Borders won it while playing for the Toronto Blue Jays in the 1992 World Series, and the seventh catcher to win it in the history of the Fall Classic, joining Borders, Gene Tenace (1972,Oakland A's), Johnny Bench (1973,Cincinnati), Steve Yeager (1981,Dodgers), Darrell Porter (1982, St. Louis Cardinals) and Rick Dempsey (1983,Orioles). He also became just the second Royals player to win the award, joining starting pitcher Bret Saberhagen of the 1985 world champions.

Perez is also the second player born in Venezuela to win the award, joining Sandoval, who won it in 2012 with the Giants. He signed with the Royals organization when he was 16 years old.

"It's unbelievable. I always say we feel like a family here," Perez said. "We've got the same group, almost the same group [from] when I played my first year in 2007 in Arizona, in the Rookie league. It's amazing to now win a World Series and see the same guys with you. It's exciting." 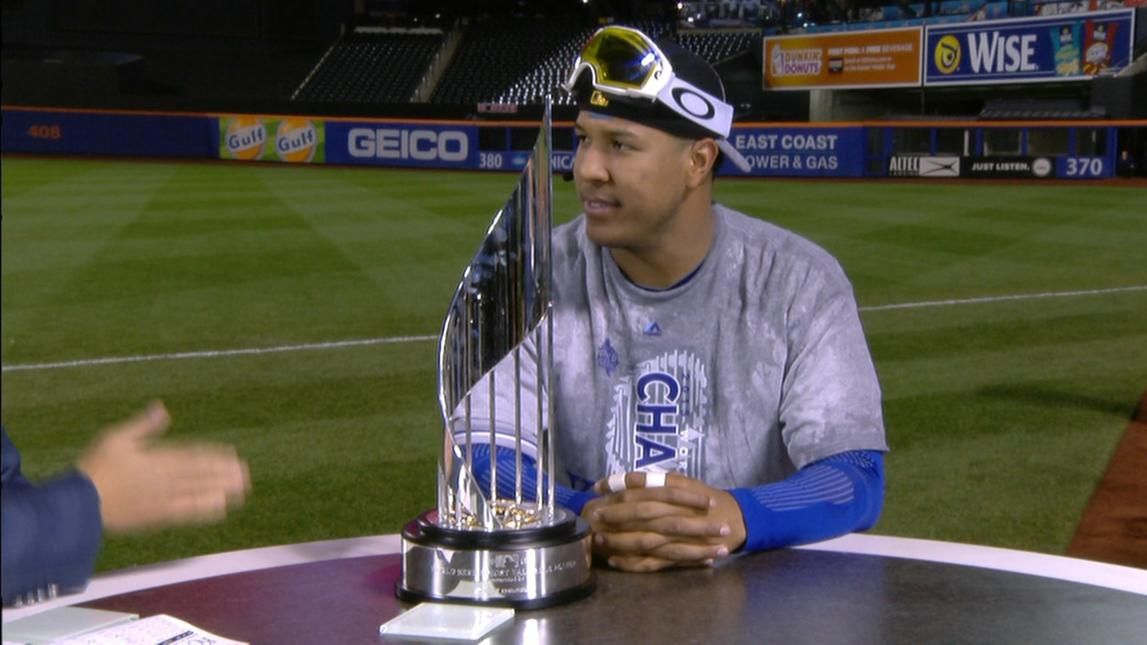