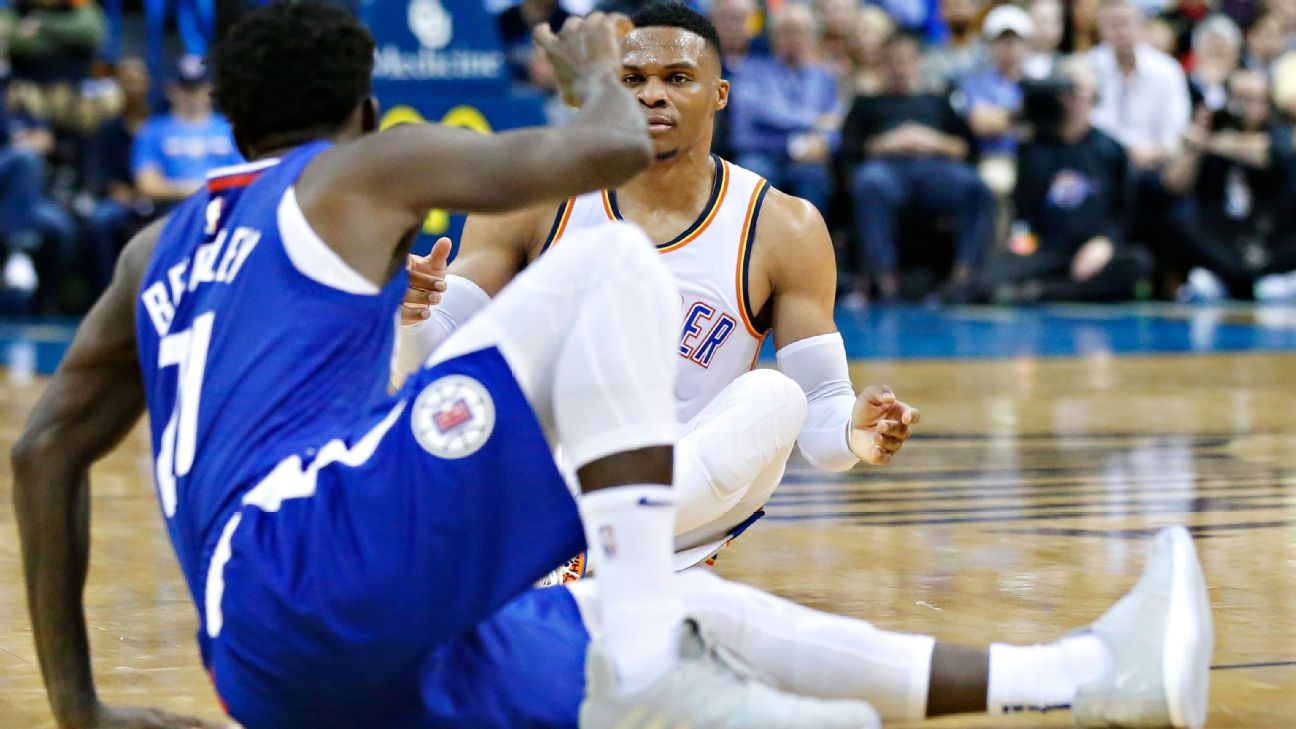 OKLAHOMA CITY -- There's a known history between Russell Westbrook and Patrick Beverley, and it bubbled over again Tuesday night, with double technical fouls and a flagrant foul 1 handed out in the Thunder's 128-110 win over the LA Clippers.

With 6:20 left in the fourth quarter, Beverley dove for a loose ball that Westbrook had already collected, crashing into Westbrook's knees just before a whistle blew. Westbrook took immediate exception to Beverley's move, and in a possible attempt to defuse the situation, Oklahoma City coach Billy Donovan called timeout. However, Westbrook lingered by the Clippers' bench and ended up exchanging words with Beverley. The two had to be separated, and double technical fouls were handed out.

After a brief review during the timeout, Beverley was handed a flagrant foul 1 for the play.

"I have no comment on it," Westbrook said. "I just know that we won."

"I went for a loose ball. What you think happened?" Beverley said. "Somebody walked to our bench doing all that cappin' stuff; I don't know what that is. Walked to our bench doing this, and all that, and things went kind of haywire from there. Two competitors, no one's going to back down, no one did, two technicals, continue playing."

Beverley said he didn't feel the play was a flagrant 1 and noted that his reputation might have had something to do with it.

Every time Beverley comes to Oklahoma City, he still hears boos, and as one courtside fan poured them on sometime in the second half, Beverley turned and said, "It was seven years ago, bro. Let it go."

Beverley is referencing the play from the 2013 playoffs when he lunged for the ball after Westbrook had been granted a sideline timeout. Beverley crashed into the side of Westbrook's knee, tearing his meniscus and ending his postseason after he underwent surgery a day later.

Both being extremely competitive, hard-nosed players, they've also tangled a number of other times since.

"There's some history there," he said. "Obviously, where he dove, the officials looked at it and it came back that it was a flagrant. I'm glad they got that right."

Westbrook, as he tends to be, was vital in sparking a remarkable third-quarter turnaround as the Thunder outscored the Clippers 39-10 in the frame -- and 74-43 in the second half. He finished with 32 points on 13-of-25 shooting, 4 rebounds and 9 assists.

From there, Paul George took over, finishing with 32 points on 9-of-18 shooting, including 12 rebounds and 4 assists.

"Russ don't really like nobody out there, so, you know," George said. "He's that fiery regardless of who's matched up against him. It just doesn't make it any better if it's Pat out there." 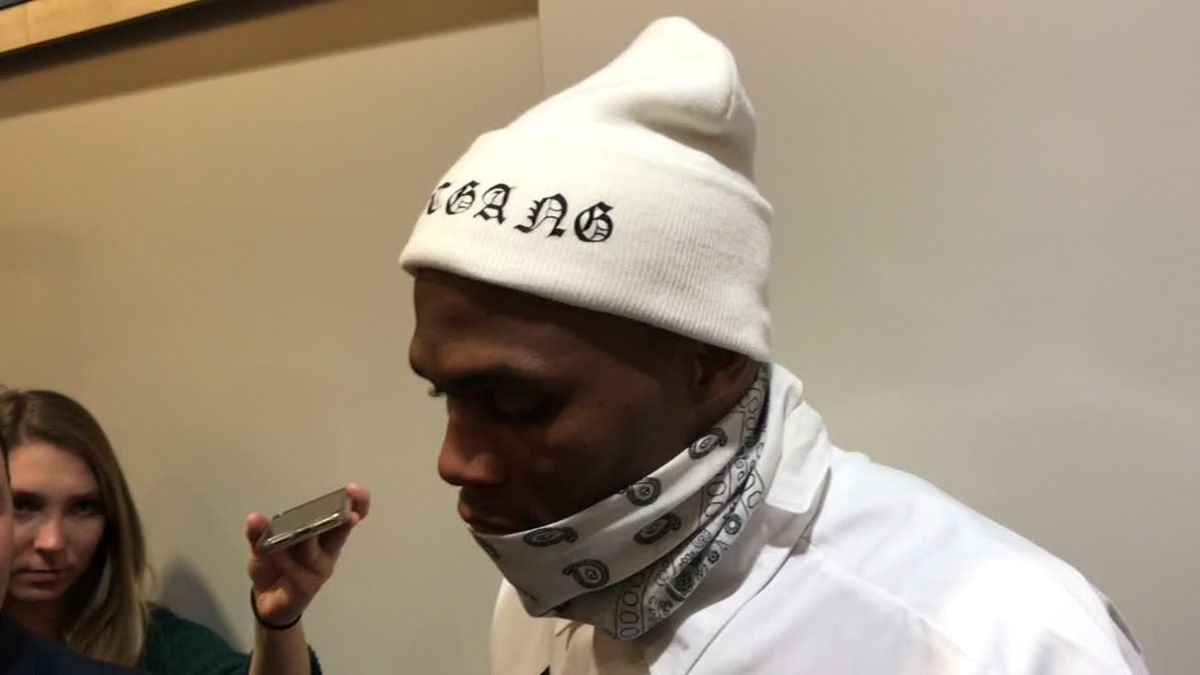