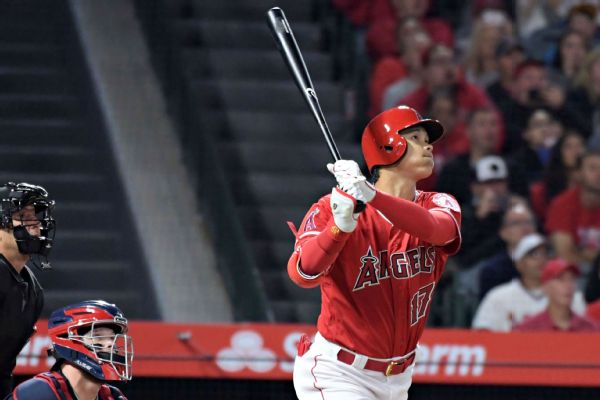 A day later, he delivered another homer to left-center, easily clearing the wall to tie the game 2-2.

The hit was Ohtani's fourth in just six at-bats at his new home.

Kluber struck out Ohtani looking in the third inning, but the Japanese rookie came back with another tremendous swing.

Ohtani won his first big league start in Oakland last weekend. He will pitch against the Athletics on Sunday in his home pitching debut.