Shohei Ohtani throws 33-pitch bullpen session, but no splitters yet 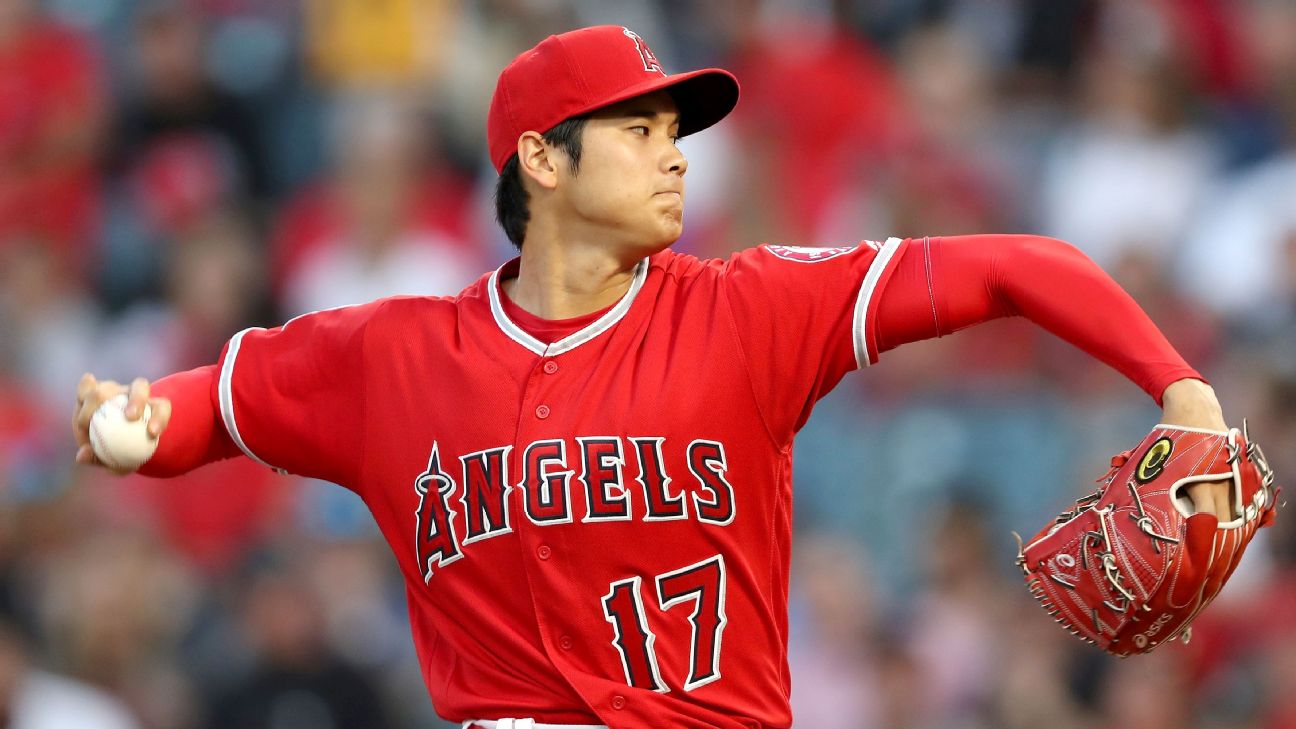 SAN DIEGO -- Shohei Ohtani moved another step closer to pitching again this season for the Los Angeles Angels when he threw a 33-pitch pregame bullpen session on Monday.

It was the second pitching workout in three days for the right-hander and his first time throwing to a catcher in a squat since his last game action on the mound on June 6. Ohtani has been held back from pitching by a sprained right elbow, though the two-way rookie has been a regular in the Angels' lineup at designated hitter.

"Everything went pretty well," Ohtani said through a translator before a game against San Diego. "This was a very good step for me. I'm definitely moving forward. Hopefully I'll be able to pitch again this season."

Ohtani estimated that he pitched at 70 percent effort. He threw all of his pitches except his split-finger fastball.

"I just wanted to get the feel of the mound and the ball, throwing off the hill," Ohtani said.

On Saturday in Oakland, Ohtani threw 23 pitches to a standing catcher in his first serious throwing session since he received stem-cell and platelet-rich plasma injections to treat his sprained ulnar collateral ligament in June.

The Angels also announced that Mike Trout had left the team to handle a family matter. Los Angeles declined to say how long Trout would be away. The two-time AL MVP is eligible to come off the 10-day disabled list Thursday after missing time with a right wrist contusion.