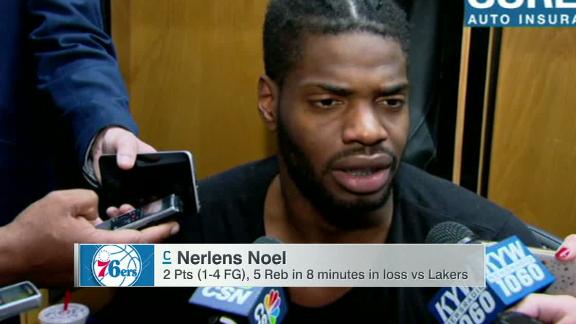 Back on the court for just his second game of the season, Philadelphia 76ers center Nerlens Noel expressed frustration over his limited playing time in Friday night's 100-89 loss to the Los Angeles Lakers.

Noel, who made his season debut Sunday after recovering from offseason knee surgery only to sprain his left ankle and miss Wednesday's game, had two points in eight minutes against the Lakers. Afterward, he aired his frustration.

Noel missed the first 23 games of the season after undergoing surgery on his left knee in late October. He scored eight points in 10 minutes in his much-anticipated season debut Sunday against the Detroit Pistons but left the game in the first half with a left ankle sprain and did not return.

Friday's game marked the first time the Sixers had all three of their coveted big men -- Noel, Joel Embiid and Jahlil Okafor -- available together at the same time.

Okafor, picked third in the 2015 draft, started alongside Embiid for the second time. He had 14 points.

Embiid and Okafor didn't look very comfortable together on the floor again. Both natural centers, Embiid moved to the power forward spot to accommodate Okafor. 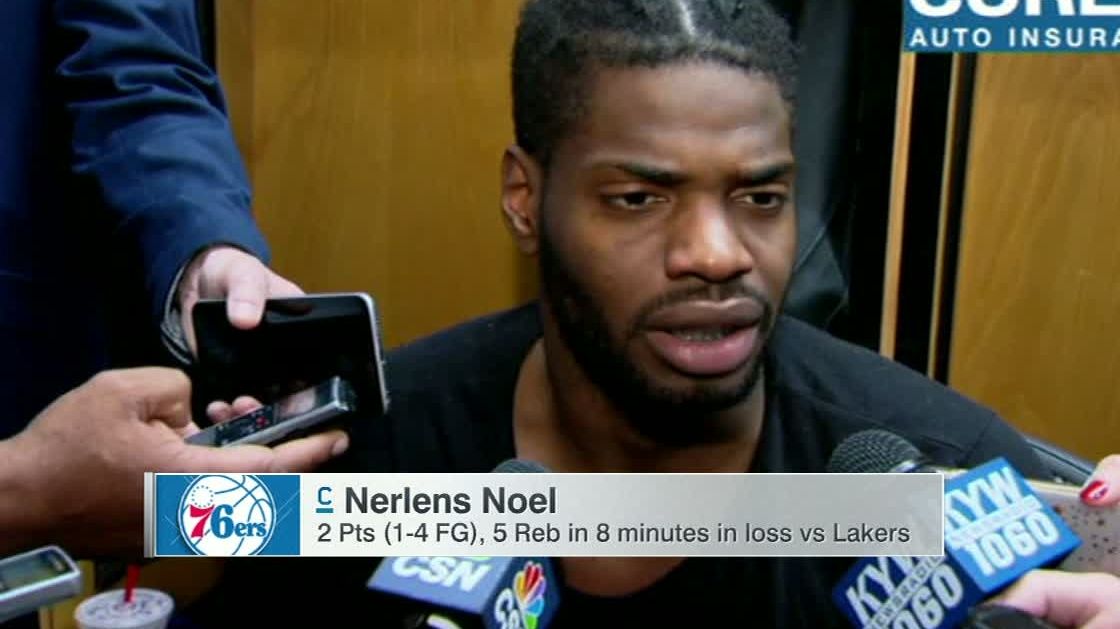