Sources: Clippers' Montrezl Harrell expected to be eligible for Game 1 vs. Mavericks 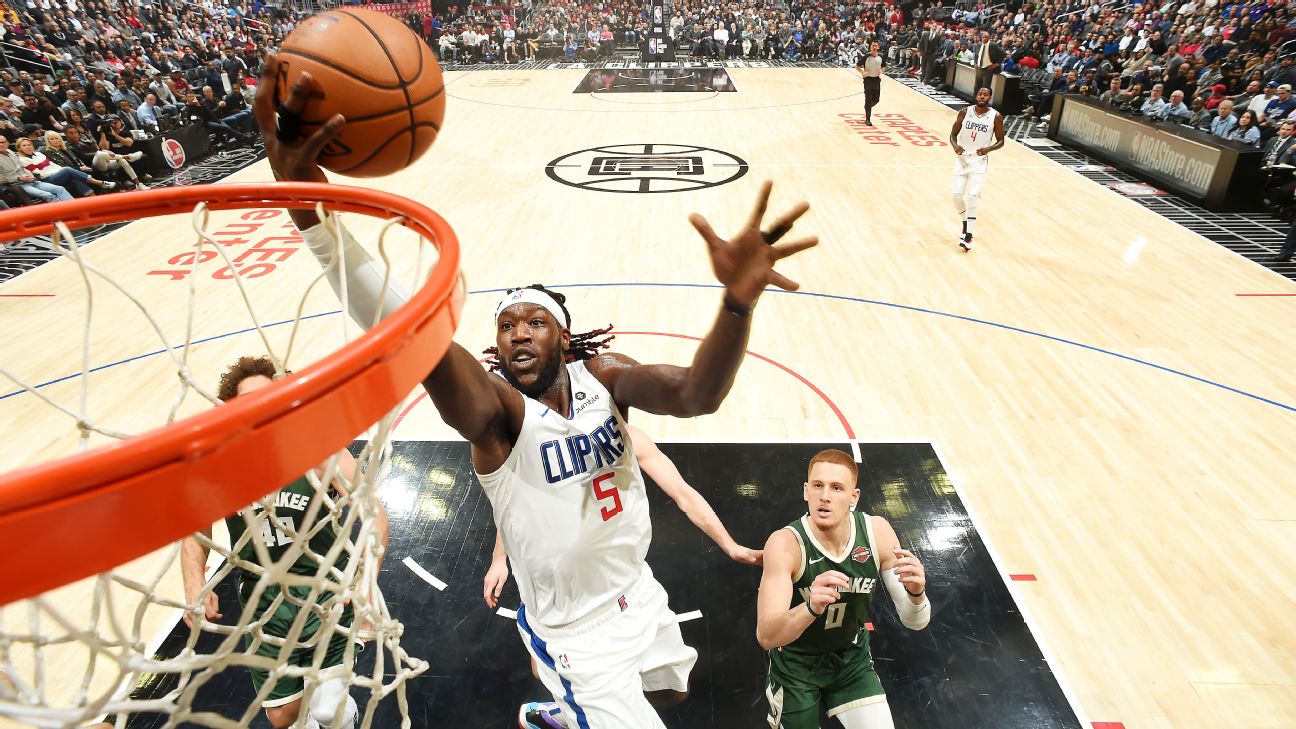 LA Clippers power forward Montrezl Harrell is expected to clear quarantine on Monday and will be eligible to be activated for Game 1 against the Dallas Mavericks, sources told ESPN.

Harrell returned to the NBA bubble late Sunday night and was given a seven-day quarantine, according to sources. The Clippers' Sixth Man of the Year candidate left Orlando on July 17 to tend to an excused family emergency. He posted on his social media accounts that his grandmother died.


Harrell did not play in any of the Clippers' eight seeding games and will be thrown right into the playoffs. The Clippers' first-round series against Dallas begins Monday.

When asked on Friday if the Clippers were sure when Harrell will be available to return from quarantine, head coach Doc Rivers said "it's not ideal."

"No," he replied prior to the Clippers facing Oklahoma City. "We have an idea. But it's not ideal, let me put it that way."


Rivers said he is going to have to just incorporate Harrell back in a playoff game, likely without practice time.

"You know, I am going to just throw him in there, as you know, he's earned that right," Rivers said. "The challenge will be just how ready he is. I don't know if I have ever had a guy that hasn't played in eight games or whatever and hasn't had any practice and we're just going to throw him out on the floor in a playoff game. We're hoping that at this point."