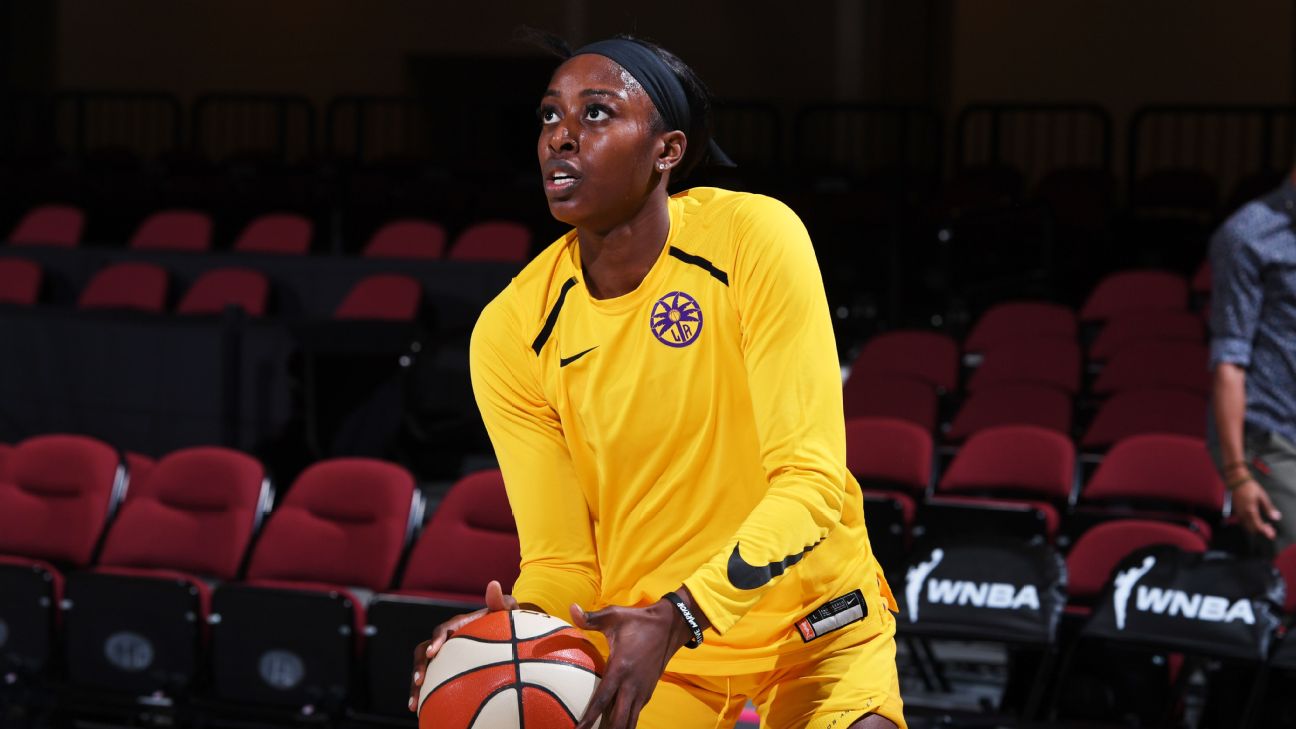 Guard Kristi Toliver and forward Chiney Ogwumike of the Los Angeles Sparks are opting out of the 2020 WNBA season for health reasons, the team announced Friday.

Toliver, an 11-year veteran, has won two WNBA titles, in 2016 with the Sparks and last year with the Washington Mystics. She signed a three-year contract to return to the Sparks as a free agent earlier this year.


Toliver, 33, has averaged 12.4 points and 3.5 assists in her career. She was the No. 3 pick overall in 2009 out of Maryland, where she helped the Terrapins win the 2006 NCAA championship. She said that her concerns over the coronavirus made her decide not to play this season.

"Though I want very much to compete with my team, to be a leader and show up for them, I am not comfortable with the risk to my physical health -- short term and long term -- given the many unknowns of COVID-19 and the risk of injury," Toliver said in a statement. "For me, the right decision under the circumstances is to opt out for the year."

Toliver is also an assistant coach with the Washington Wizards, who are one of the 22 teams set to participate in the NBA's return. It's not known as this point if Toliver will go to Orlando, Florida, with the Wizards or coach remotely.

"We will, of course, miss having a player of Kristi's caliber on the court this season," Sparks coach Derek Fisher said. "However, our entire team and coaching staff respects and understands her decision. I know she'll make an impact and be a leader in the community, and we'll be excited to have her back in Los Angeles next season."

Ogwumike, 28, was the No. 1 draft pick out of Stanford in 2014 by the Connecticut Sun. She was traded to the Sparks, where her sister Nneka plays, before last season. Ogwumike has played just four seasons in the WNBA, missing 2015 and 2017 with knee and Achilles injuries. She has averaged 13.0 points and 7.0 rebounds in her WNBA career.

"If you know me, you know that I have overcome some of the biggest challenges an athlete can face on the court," Ogwumike said in a statement released by the team and posted to social media. "My previous injuries have given me strength and built character, but unfortunately they require me to be careful with my preparation leading up to a season."


"I will continue to use all my platforms to elevate and empower my teammates and fellow players in the WNBA as we continue to fight for our communities," Ogwumike said. "This isn't goodbye, it's just see you later."

Sparks managing partner and governor Eric Holoman said, "The health and safety of our players and staff is the No. 1 priority for our organization. We completely stand behind Chiney's decision to prioritize her health and continue the work she's doing to fight for systemic change."

The Sparks went 22-12 last season, losing in the WNBA semifinals to Connecticut.

The WNBA plans a 22-game season for 2020 with standard playoffs, running July to October at IMG Academy in Bradenton, Florida. Players must take three coronavirus tests before they report to IMG on July 6, and then they'll be tested again and quarantined in their lodging for four days. Testing will continue daily for at least two weeks after arrival.

But some players have decided to opt out because of the coronavirus and other health concerns, or to focus on social justice initiatives, or a combination of those things. Toliver and Ogwumike are the latest players to announce they won't play in 2020, joining Atlanta's Renee Montgomery and Tiffany Hayes, Washington's Natasha Cloud and LaToya Sanders, Connecticut's Jonquel Jones, and New York's Rebecca Allen.

The WNBA said Thursday was the deadline for players to inform their teams of whether they intended to play this season, but the deadline appears to have been extended.
Report a correction or typo
Related topics:
sportsespnnewswnbachiney ogwumikelos angeles sparkskristi toliverespnw sportsespnw
Copyright © 2021 ESPN Internet Ventures. All rights reserved.
More Videos
From CNN Newsource affiliates
TOP STORIES