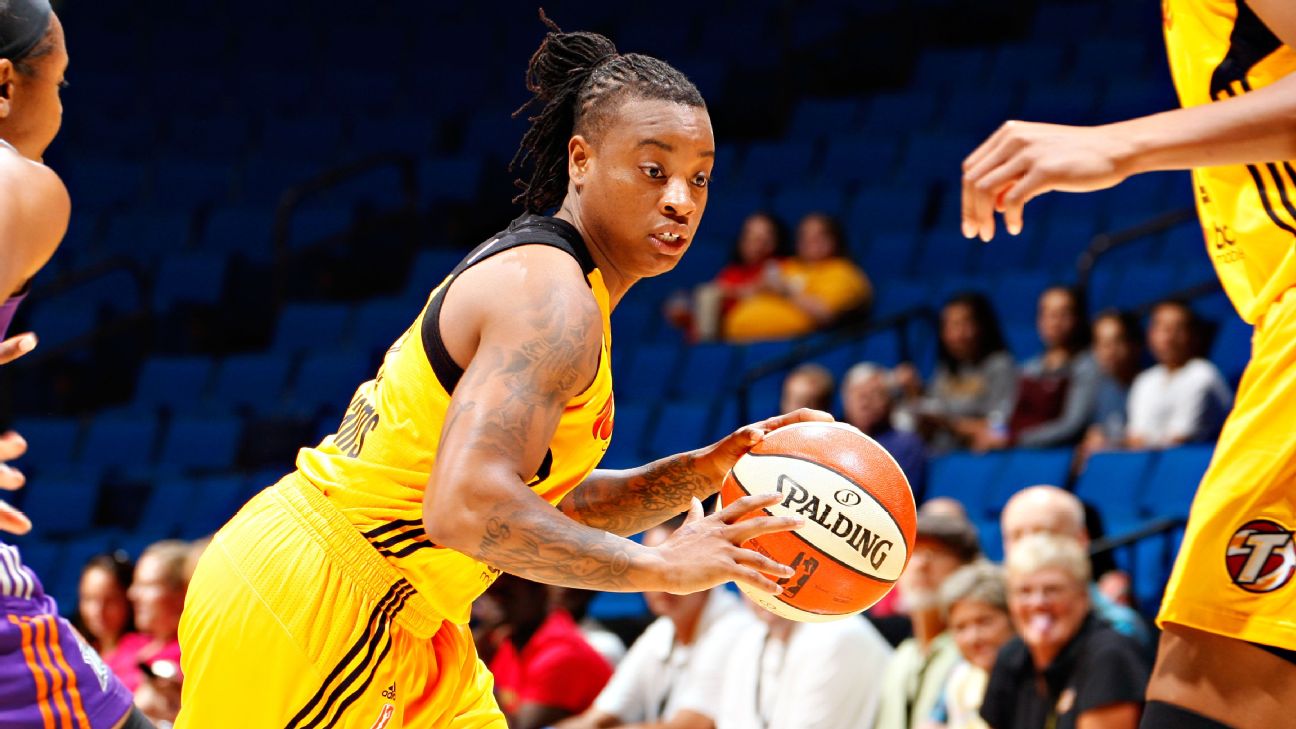 ESPN
NEW YORK -- The Los Angeles Sparks re-signed free agent Riquna Williams, who was arrested last month after fight with her ex-girlfriend at a Florida home.

According to an arrest report, Williams forced her way inside and repeatedly struck the woman in the head and pulled her hair. Two men told Palm Beach County Sheriff's Office deputies they spent 10 minutes trying to break up the fight in December.

When they finally separated the women, authorities say 28-year-old Williams grabbed a firearm from her blue Camaro, placed it on the trunk and pointed it at one man, saying "you'll get all 18" before speeding off.

The woman said she and Williams had been together on and off for five years and had broken up a month earlier.

Williams was booked April 29 for burglary and aggravated assault charges. She pleaded not guilty on May 6 and a hearing is set for June 6.

The Sparks said in a statement that they are aware of the allegations and are "monitoring the situation and will have no comment until the legal process is completed.''

Williams, who was at practice on Wednesday, was first acquired by the Sparks in a 2016 offseason trade with the Dallas Wings. Last season, Williams played in 33 games and averaged 7.1 points per game while shooting 38 percent from 3-point range. She started in both playoff games and scored 17 points in the Sparks first round win over the Minnesota Lynx.

She was drafted in 2012 by Tulsa and the next year set the then-record for most points in a single game when she scored 51 against San Antonio. Williams has averaged 10.8 points per game and was an All-Star in 2015. She was the league's sixth-person of the year in 2013.
Report a correction or typo
Related topics:
sportsespnwnbariquna williamslos angeles sparksespnw sportsespnw
Copyright © 2020 ESPN Internet Ventures. All rights reserved.
More Videos
From CNN Newsource affiliates
TOP STORIES