The Special Olympics Games' Head of Delegation conference takes place over four days. People from around the world from as far away as China and Austria are attending the event to learn more about what's being touted as the largest humanitarian event on the planet.

"I'm viewing right now a sea of angels in this city of angels, and I can't wait to welcome 7,000 more angels to this city and let their wings fly here during the games," Los Angeles Mayor Eric Garcetti said to a packed house at UCLA.

Approximately 300 people attended Thursday's event - the majority were program directors in town to learn important information about the games, the venues and Los Angeles before more than 7,000 athletes from 177 countries arrive this summer.

"The theme of our games is -- in a city full of movie stars and all-stars, the athletes will be the stars of the show; that there is no greater global stage than Los Angeles to create awareness that leads to acceptance and inclusion of people with disabilities," said Patrick McClenahan, the president of the Special Olympics World Games.

Dustin Plunkett knows exactly how it feels to be a winner. He's participated in three Special Olympics World Games. Now, he's trading his running shoes to be an ambassador for what will be the largest event the city as hosted since the 1984 Olympics.

"Come out and cheer on the athletes. The people in the stands really matter the most," Plunkitt said.

The organization estimates the games could bring as many as 500,000 people to Southern California and generate nearly $400 million in tax revenue.

Even greater still is the impact the games will have on the athletes.

"When the athletes hear you cheering, they will find a whole another gear and compete to a whole another higher level they would never thought was possible. So please come out, enjoy the games, and your life will be changed," Plunkitt said.

Organizers say they can use all the donations and volunteers they can get. The Special Olympics World Games are set to begin on July 25. 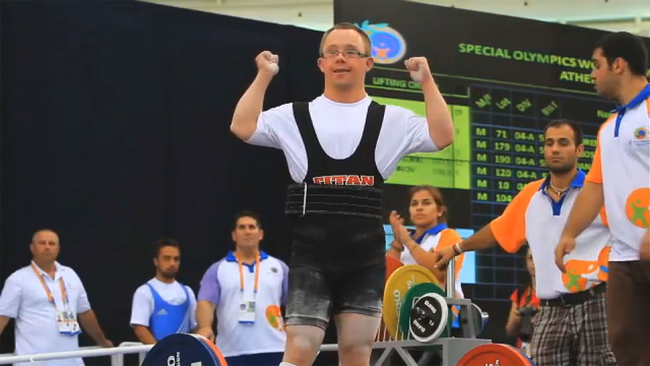