Stafford, LeBron, Saban, oh my. What we learned from Week 3 of Monday Night Football with Peyton ... 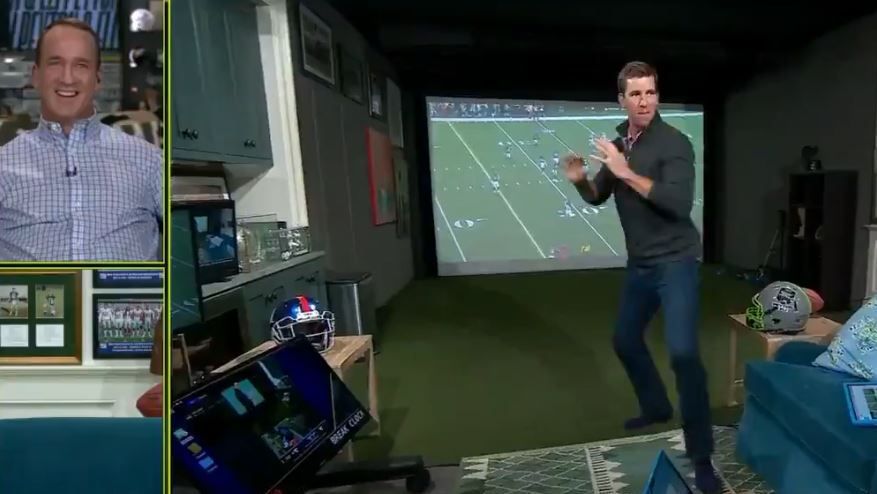 If you thought Peyton and Eli Manning's Monday Night Football telecast had peaked whenRob Gronkowskiand Pat McAfee joined the show, you were wrong.

As it turns out, Week 2 was merely a warm-up for what was about to unfold in Week 3 (no disrespect to "Red Zone Robby G" or McAfee) whenMatthew Stafford,LeBron James, Nick Saban and Chris Long called in for the NFC East showdown between thePhiladelphia EaglesandDallas Cowboys.


The undeniably elite guest list was just the beginning, as anyone who watched knowsthe true star of the night was one Eli "Shakira" Manning (just keep reading).

From the Manning bros providing some of the most insightful analysis you'll hear during a football game to Eli doing his bestDak Prescottimpression -- and mercilessly trolling Peyton for his pit stains -- here is what we learned from the latest installment of the ManningCast:

Not only did Eli get rave reviews from his mom for his performance in Weeks 1 and 2, the two-time Super Bowl MVP was also broadcasting sans footwear -- just socks.

On Sunday, Eli had his jersey retired by theNew York Giants. On Monday,Tom Bradyand Bill Belichick -- who are set to face off in Week 4 in Brady's first game back in New England since leaving the Patriots -- both appeared in a tribute video for Eli, prompting Peyton to exclaim:


Eli decided to demonstrate how Dak Prescott "creates torque" by loosening his hips during his pregame warm-up routine. After Eli likened himself to Shakira, Peyton was rendered speechless, commenting, "I've got nothing for you. I'm going to let that sink in for our viewers."

The Manning bros can't help chirping each other ...

Once he had composed himself again, Peyton was quick to blame Eli's "boys medium jeans" for his inability to turn as well as the Cowboys QB.

To the surprise of absolutely no one, the sibling-on-sibling crime was far from one-sided as Eli chose to draw attention to Peyton's pit stains and imply his older brother lacked athleticism:

"Keep those arms down, Peyton. I know Dad will have that in his feedback for next week. Next week arms down." -- Eli on Peyton having sweat stains

"Has anyone ever called you a freak before? I know not athletically." -- Eli to Peyton in response to a tweet calling his older brother a "freak"

Stafford balled out at Manning camp ...

The Manning Passing Academy has seen its fair share of distinguished campers, but Matthew Stafford made a lasting impression back in 2008 when he "threw the tightest spiral."


Peyton shared that neither he nor Eli wanted to throw after theLos Angeles Ramsstar, with Eli joking, "I'm gonna throw after the guy from Dartmouth."

It could have been Peyton to LeBron all day ...

In the latest edition of "What if LeBron chose football instead of basketball?" Peyton couldn't help but entertain the type of duo he and King James would have been.

Saban has nothing but respect for Hurts ...

As college football fans know, afterJalen Hurtswas replaced byTua Tagovailoa, the Eagles quarterback left Alabama to play a season with the Oklahoma Sooners. But that doesn't mean there is any bad blood between Nick Saban and the former Crimson Tide QB. In fact, it's quite the opposite.

The Manning bros are taking a break until Week 7. Until then we'll be pondering if Eli lives with his parents ... 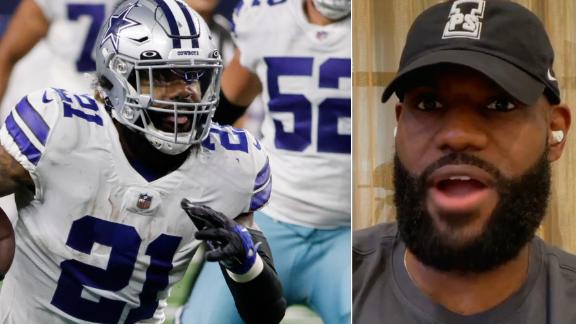