Stephen Curry out of Warriors lineup vs. Hawks with ankle injury

ESPN
Stephen Curry is out of the Golden State Warriors' lineup Tuesday night against the visitingAtlanta Hawksto rest his sore left ankle, the team announced on Twitter before the game.

Curry did not practice Monday after rolling the ankle in Saturday's thrilling overtime victory over the Oklahoma City Thunder.In that game, Curry tied the NBA record for 3-pointers in a game (12), broke his own record for 3-pointers in a season and converted a 37-footer before the buzzer to send the Warriors to their NBA-record 53rd win in 58 games.

Curry was initially listed as questionable for Tuesday's game and did not participate in pregame warm-ups. He was replaced in the starting lineup byShaun Livingston.

Forward Andre Iguodalais also out of the lineup with tightness in his left hamstring.

"We're not going to do anything crazy, obviously," Kerr said. "We'll err on the side of caution. But if he's healthy enough to go, we'll play him."

The injured occurred in the third quarter, when Curry drove to the basket and rolled the ankle before Thunder guard Russell Westbrook stepped on it. 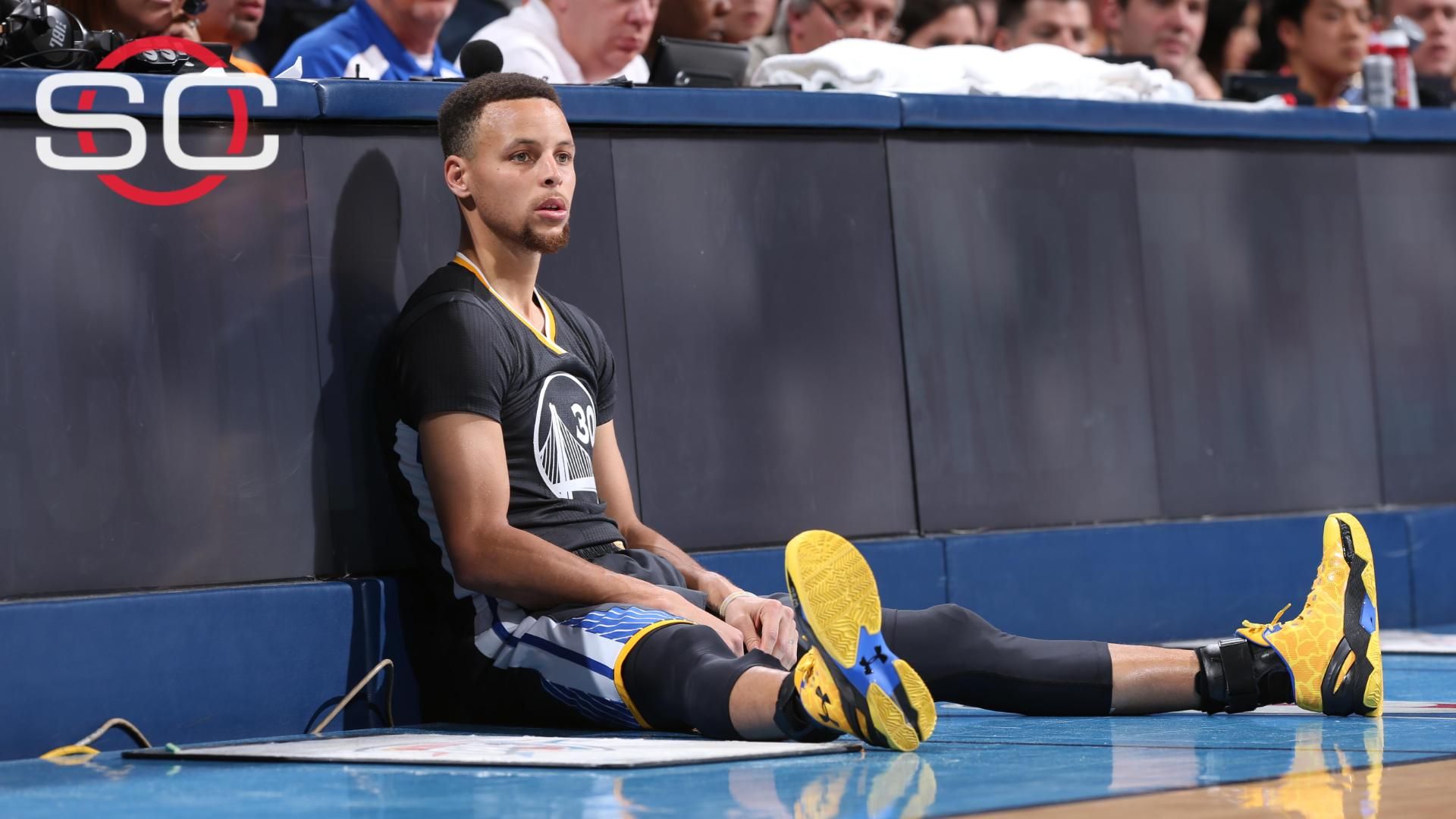