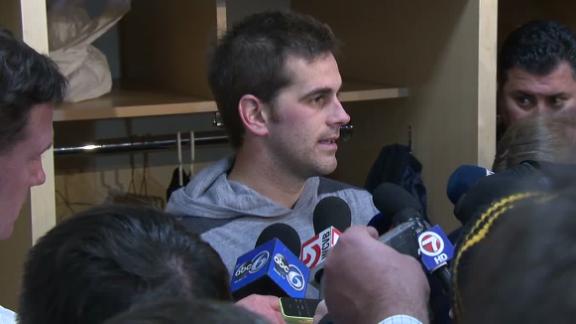 The dropped point ultimately forced the Patriots into a potentially game-tying two-point conversation attempt that was intercepted with 12 seconds left in the game. The Denver Broncosrecovered the ensuing onside kick and advanced to the Super Bowl with a 20-18 win.

Gostkowski said after the game that he felt like the miss "lost the game" for the Patriots.

He shanked the kick after Steven Jackson's 1-yard touchdown run in the first quarter. Gostkowski said he took his eye off the ball too soon and hit it off the wrong part of his foot, calling the error "uncharacteristic."

Gostkowski had made an NFL-record 523 consecutive PATs, and he had made all 60 extra point kicks in his career in the playoffs. He made his two other kicks in this game, field goals of 46 and 38 yards.

New England trailed 7-6 after the missed PAT and never led in the game.

"I put them in a bad spot by missing that first kick," Gostkowski said. "I was ready to go, hoping to get another shot, and I didn't get it. It's going to be a long few weeks."

As players left the locker room, Gostkowski received an embrace from defensive coordinator Matt Patricia as he was fighting back emotions. Teammates also stepped up to defend the kicker.

"It's not Stephen's fault at all," special-teams captain Matthew Slater said. "We definitely wouldn't be here [in the AFC title game] without him."

"Stephen does a lot for this team. I love playing with him and he definitely shouldn't put the heat on him," tight endRob Gronkowskisaid. "It's a team game. It's not one individual's fault. You can't put it on the hands of Stephen.There's no way."

Patriots coach Bill Belichick said at his news conference Monday that his conversation with Gostkowski would remain private. "Steve is a great kicker," Belichick said. "He had a great year for us."

The Patriots were one of five teams this season to be perfect from the new 33-yard extra point distance, a rule the NFL changed to eliminate the automatic nature of the previous PAT distance. Belichick was one of the outspoken advocates in getting the rule changed.

The leaguewide percentagefor extra points dropped from 99.3 percent to 94.2 percent this season -- the league's lowest PAT conversion rate since 1982.

Gostkowski's only other extra point miss in his career came against the Tennessee Titansin Week 17 of his rookie season in 2006, when the attempt was blocked.

"I feel terrible," Gostkowski said of his second PAT miss. "... It's a nightmare scenario. I can't really explain how I feel right now. It's just kind of shock.

ESPN's Mike Reiss and Kevin Seifert and The Associated Press contributed to this report.

Gostkowski: 'I feel like I lost the game for the team'
Patriots kicker Stephen Gostkowski shares his emotions about missing a PAT in the first quarter of the AFC Championship Game against the Broncos, which he feels lost the Patriots the game. He says he "let a lot of people down." 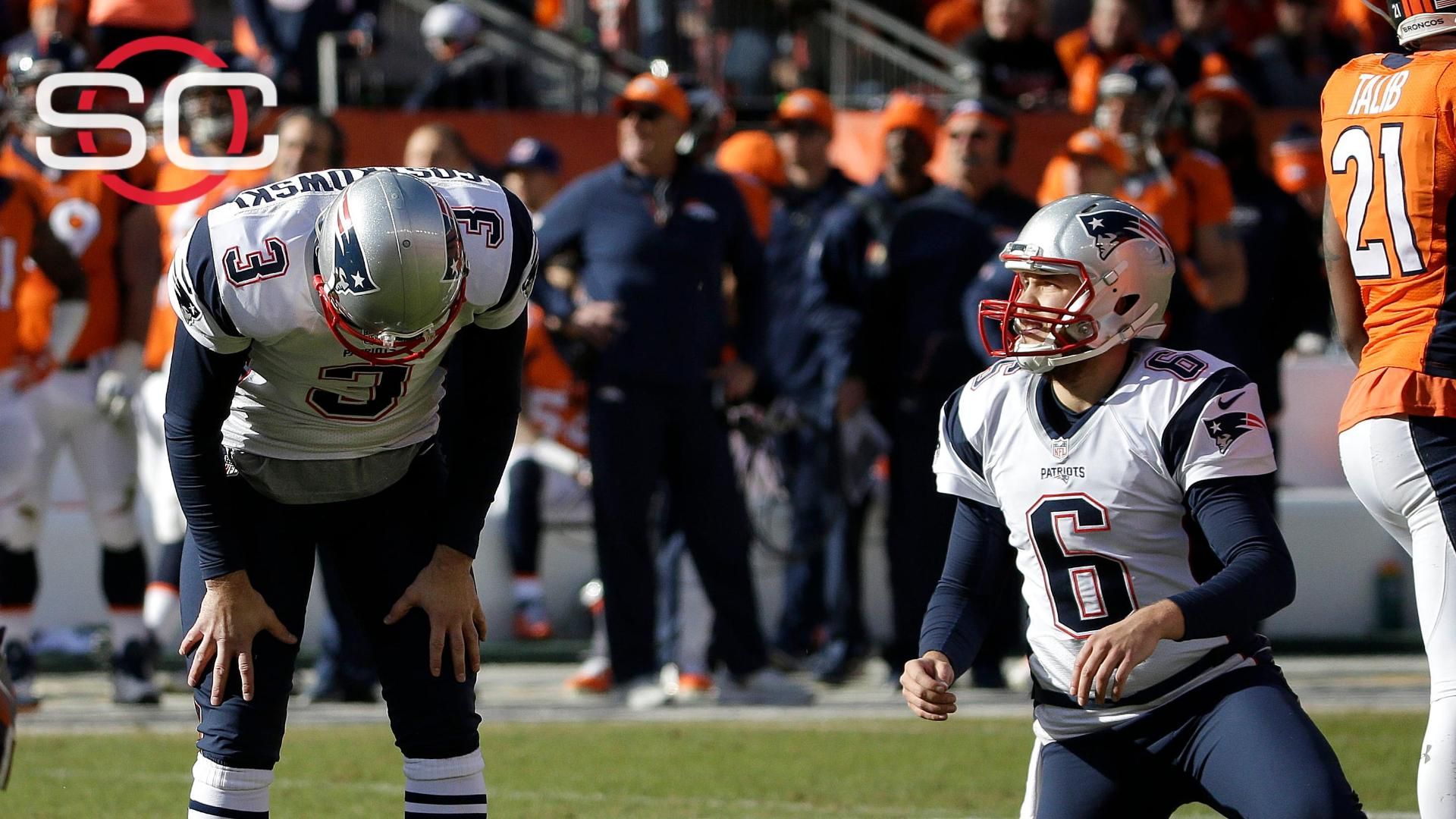