Steve Blake gives up No. 25 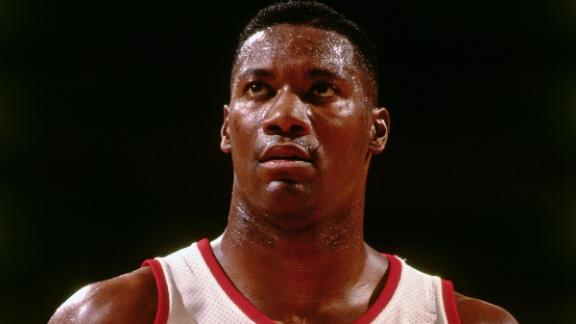 Blake said Thursday he will change his jersey number from 25 (the same number Kersey wore) to 5, effective Friday night.

"Jerome Kersey meant a lot to this team and to this city," Blake said Thursday. "I've known Jerome for a long time now and wanted to honor him and his vast contributions both on and off the court. I consider it an honor to wear the number 25, but this just seemed like the right thing to do."

To make the midseason change, Blake had to ask for the league's permission.

Kersey died Wednesday after a blood clot moved from his leg into his lungs and caused a pulmonary thromboembolism. He was 52.

Kersey was a starter on the Blazers' 1990 and 1992 NBA Finals teams and served a role as a team ambassador, making a public appearance on behalf of the organization as recently as Tuesday. He played the first 11 seasons of his career in Portland ,and at the time of his retirement, ranked second on the Blazers' all-time list in games played (831) and rebounds (5,078), and third in blocked shots (621) and steals (1,059).

Blake, an 11-year veteran, is in his third stint with Portland. Throughout his career, he has always worn 25, 2 or 5 as his jersey number.