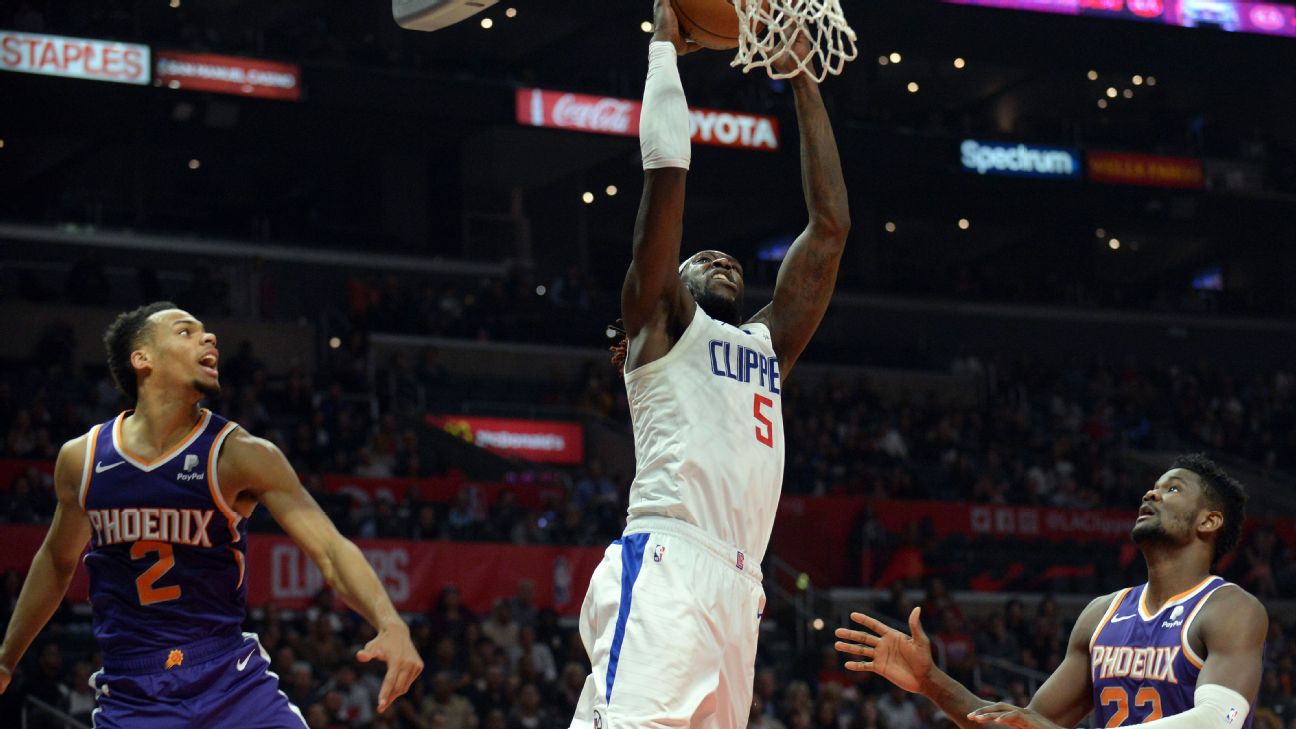 The semifinals for the NBA 2K Players Tournament are set for Saturday, and each will feature a player from the Phoenix Suns and the LA Clippers in the head-to-head matchups.

After Thursday's quarterfinal action on ESPN2, four players came out victorious in NBA 2K20 play: Suns guard Devin Booker, Clippers big man Montrezl Harrell, Phoenix center Deandre Ayton and Clippers guard Patrick Beverley. Come Saturday on ESPN, Booker will face Harrell, and Ayton will square off against Beverley, with the winners earning a final berth in what has been a heated top eight for the tournament.

Thursday's matches began with a bang as Booker blew out Washington Wizards forward Rui Hachimura 71-55, followed by Harrell slipping past Miami Heat forward Derrick Jones Jr. 71-66. However, the best matches came in the final two of the night.

The showdown between Ayton and Atlanta Hawks guard Trae Young was close. Ayton used the Clippers in the video game, while Young employed the Los Angeles Lakers. The two threw down monstrous slams and made highlight plays back and forth using Clippers stars Kawhi Leonard and Paul George and Lakers stars LeBron James and Anthony Davis.

Sitting in his home in Oklahoma, Young sported a black Kobe Bryant tribute hoodie, with a yellow heart and the numbers 8 and 24 printed on the chest. As Ayton and Young played, they discussed Young's journey from the pair playing in AAU basketball at the same time to Young's All-Star appearance in February in Chicago. Now in his second season in the NBA, Young spoke about playing with and against his childhood idols, such as James, in the All-Star Game.

Ultimately, Ayton pulled ahead of Young in the fourth quarter. In the final 15 seconds, Young had a chance to net an open corner 3-pointer using Kentavious Caldwell-Pope in the game, but he held the shoot button just a hair too long, missing the shot and letting Ayton close it out 73-66. As the game ended, Young wished Ayton well as he continued his tournament journey, and the two exchanged words of respect.

The final match of the night got heated, as Beverley -- who blew out Portland Trail Blazers big man Hassan Whiteside in the round of 16 last week -- faced off against Cleveland Cavaliers center Andre Drummond. Known for his gaming skills outside of 2K, Drummond was considered a favorite by many, but Beverley had other plans. In a tight contest, Beverley ended the fourth quarter strong on defense using the Philadelphia 76ers.

"This man cold at defense in real life and in the video game," Drummond said of Beverley.

The semifinals will kick off Saturday at 8 p.m. ET on ESPN and pit some of the NBA's top video game players against one another. Booker and Ayton both are known for gaming in their free time, with Booker being a member of esports team and lifestyle brand 100 Thieves and having competed in Call of Duty events previously. Beverley, meanwhile, will look to continue his surprising run in the tournament following the upset over Drummond. 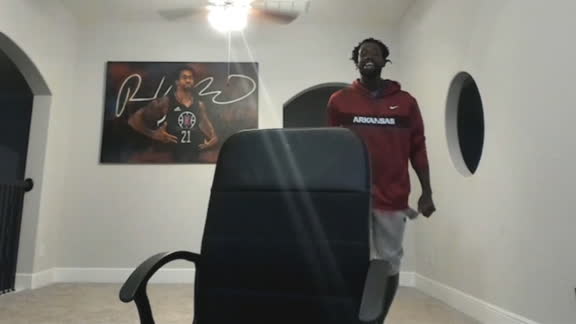