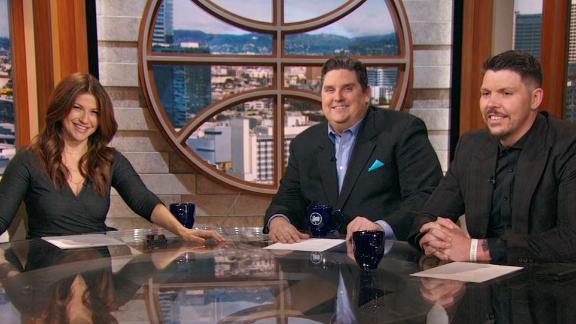 The protective boot on Austin Rivers' right foot was entirely in bounds throughout the Houston Rockets' possession late in the LA Clippers' emotionally charged win the night of Chris Paul's first game against his former team.

Rivers, wearing a gray suit, stood with his hands on his belt and barked, as he'd been doing much of the night, especially after emotions escalated late in the fourth quarter and the Clippers sealed the win. Rockets small forward Trevor Ariza, the player closest to Rivers, had heard too much by the time he turned to Rivers with 1 minute, 3 seconds remaining and shared some harsh words. Rivers responded by ratcheting up the intensity of his trash talk, saying "something crazy," as one Clipper put it while declining to be specific.

Blake Griffin butted in and got ejected along with Ariza, and it only got uglier after the game, with Ariza and Gerald Green barging through the back door of the Clippers' locker room to confront Rivers.

It was clearly a case of trash talk going too far, leading to two-game suspensions for Ariza and Green. But despite such a high-profile altercation, many players believe that traditional in-game barking has actually decreased in recent years.

"Trash talk can be Twitter, social media, Instagram," Oklahoma City Thunder superstar Russell Westbrook said. "It's all type of stuff, but it's not trash talk. Real trash talk was back in the '80s, '90s. That was real trash talk.

"Now it's just for you guys [in the media], so you guys can laugh and make memes and all kinds of nonsense."

However you want to classify the evolved world of NBA trash talk, consensus opinion is that there are three unwritten rules, whether it's done face-to-face, through the media or via an iPhone keyboard.

Rule No. 1: Don't make it personal

NBA players have no issue with routine trash talk -- "You get up underneath somebody's skin, frustrate them a little bit, get 'em out their game," Washington Wizards All-Star shooting guard Bradley Beal said -- but draw the line at disrespect.

"I like to think that I respect everybody," Ariza said during his suspension. "I like to think I just play the game and go on about my business. I kind of expect the same thing, especially if I'm not [going] at anybody else."

Any reference to family is a glaring no-no. Ariza attempted to confront Dallas Mavericks center Salah Mejri after a game last season due to an alleged comment about Ariza's wife and children, a claim Mejri adamantly denied. Personal issues are also considered out of bounds.

And keep the profane insults out of it, particularly the ones that challenge an opponent's masculinity. "Trash-talking is cool until you get to being disrespectful," said Sacramento Kings power forward Zach Randolph, who has earned a reputation as one of the NBA's toughest players.

Philadelphia 76ers All-Star center Joel Embiid, a sharp-tongued talker and expert social media troll, was the most popular answer when players were asked who is the league's premier active trash-talker. He even got the vote of Andre Drummond, the Detroit Pistons' All-Star big man who has been a frequent target of Embiid, who publicly criticized the shooting and defensive ability of Drummond, who then shot back with a jab of Embiid's durability.

But that's all about basketball, and Embiid makes a point to always stick to the game. (His personal favorite trash-talking moment was his reply after Minnesota's Karl-Anthony Towns called the caption and picture quality "trash" when Embiid posted a photo on Instagram of him scoring on the Timberwolves after a win. "Better quality than your defense," Embiid fired back at his friend.)

"I'm not disrespecting them," Embiid said. "This game is about being competitive and having fun. When I get on the court, I want to win and also I want to have fun. Trash talk is a way for me to do that. So it's not really disrespectful. At the end of the day, I'm sure these guys know that. ... This is a brotherhood. I'm just looking to have fun."

You shouldn't pipe up if you aren't playing. That applies to benchwarmers and injured players.

"You're not in the game," 20-year veteran Vince Carter said. "You have nothing to do with it. Unless you've been activated to where somebody says something to you to bring you in it, stay out of it." Or, as Randolph put it: "Just shut the hell up."

Maybe a future Hall of Famer gets an exemption to this rule, but Paul Pierce probably wishes he would have followed it during a game against the Golden State Warriors last season.

Pierce, who joins Kevin Garnett and Kobe Bryant as premier trash-talkers of his generation, was jabbing Draymond Green from the Clippers' bench by repeatedly insisting the Defensive Player of the Year was too small to guard Griffin. The ruthless response from Green, who ranks up there with Embiid among players considered the best trash-talkers among their peers, was clearly audible to a nationally televised crowd, picked up by the microphone on the basket during free throws.

"Chasing that farewell tour! They don't love you like that!" Green hollered to Pierce, who had announced his plans to retire at the end of the season. "You can't get no farewell tour! You ain't got that type of love! You thought you was Kobe? You ain't Kobe."

"How many minutes did he play? Three minutes," Durant told reporters after the game. "I'm trying to focus on whoever's on the court. He trying to talk to me from the sideline. But I'm sure he's going to put something on Twitter tonight."

Rule No. 3: Check your status (and the standings)

Booker, the Suns' sharp-tongued and sharp-shooting star, has the tools to be one of the league's best trash-talkers. He's brash, witty and an elite young talent.

There's just one problem: The Suns haven't won more than 24 games in a season since drafting Booker in 2015. "It never looks good when you talk trash and you're losing," Booker said.

Talking trash is a right that must be earned first by proving yourself in the league, something Booker was rudely reminded by Westbrook during a rookie-season trash-talk attempt.

"I don't know who you are," Booker recalled of the reigning MVP's response. "Why you talking?"

The required status is subject to interpretation, but a lack of it is a sure way to shut down any talk.

"I mean, if you're a bum, you can't talk trash," Rockets guardJames Hardensaid. "We won't respect you. Obviously, you've got to be doing something. You've got to have a name or gotta be getting buckets to talk trash. Everybody can't be talking trash." 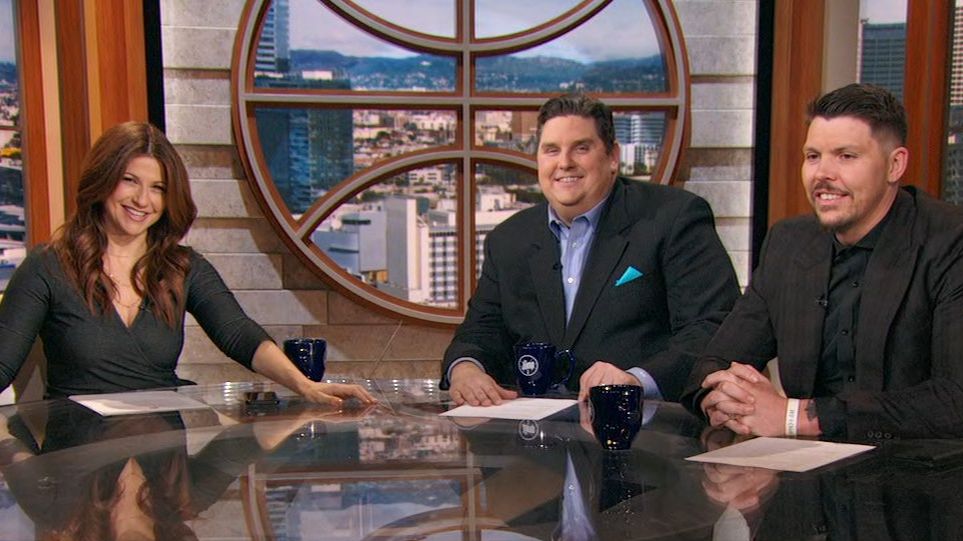 Who is the best trash talker in the NBA?
Mike Miller says two of the best smack talkers in the league are Draymond Green and Joel Embiid, while Brian Windhorst says Kevin Garnett's trash talk still resonates with players around the league.

Williams calls Embiid best trash-talker in NBA.
Lou Williams is a fan of Joel Embiid's trash talk because he talks constantly, but never crosses any lines. 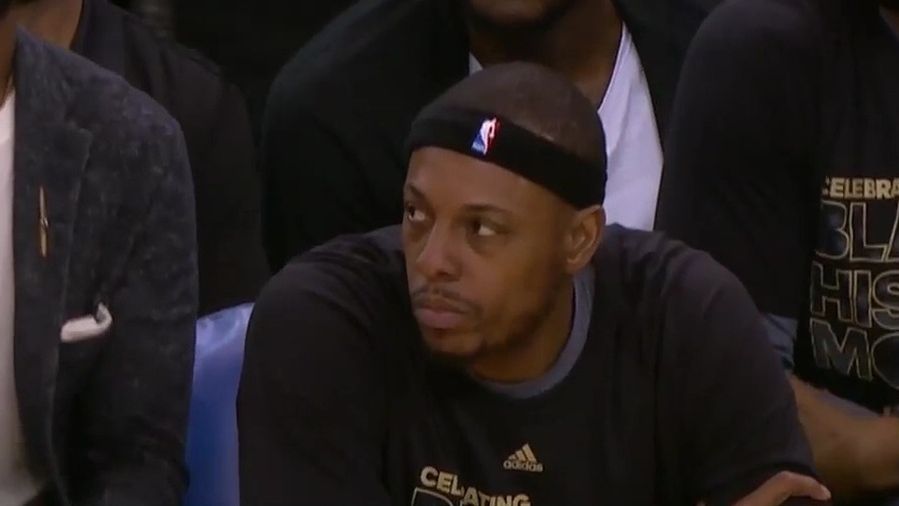 Draymond taunts Pierce: 'You thought you was Kobe?'
Draymond Green heckles Paul Pierce about his farewell tour, or lack thereof, during the first quarter of their matchup on Feb. 23, 2017. 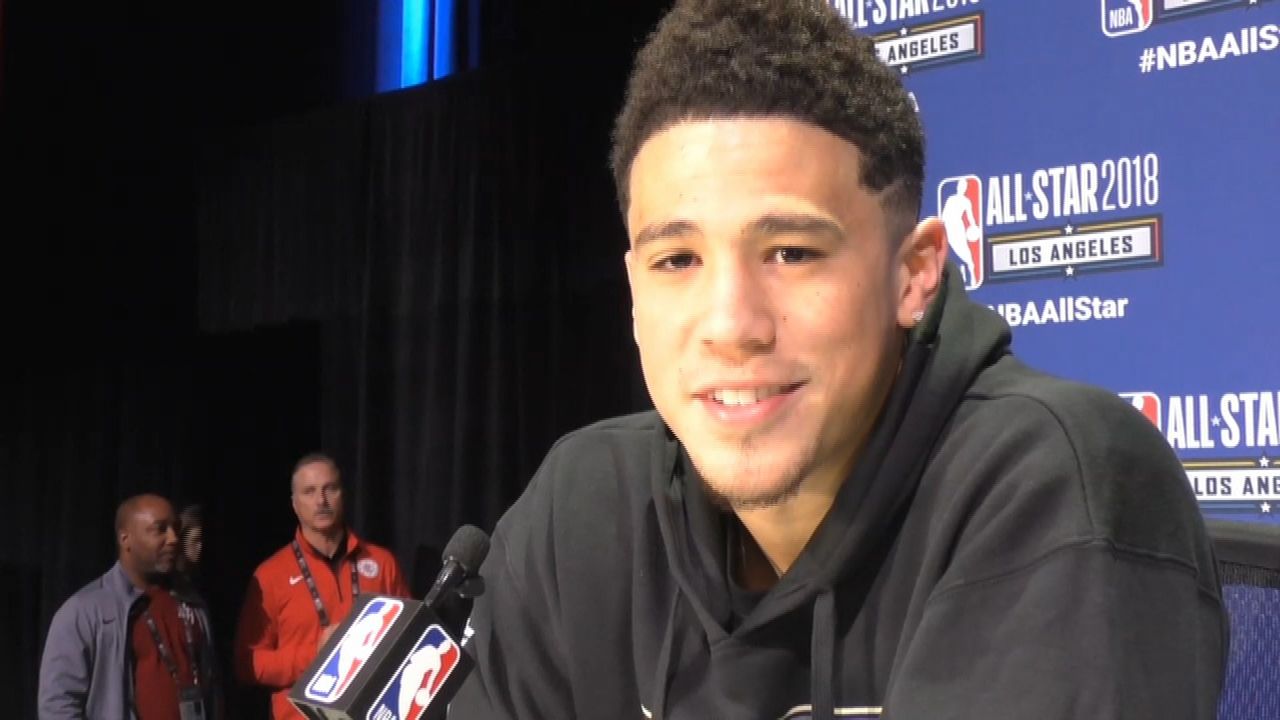