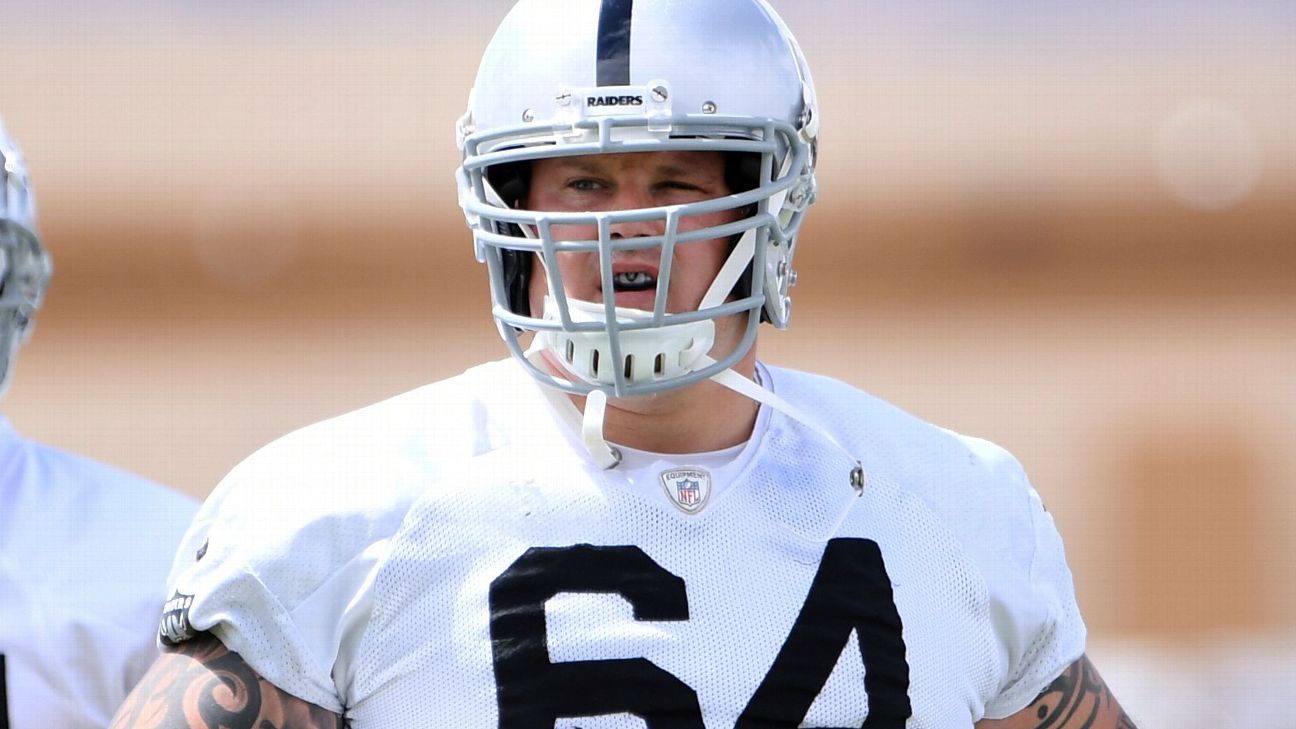 Incognito, 38, had not practiced since injuring his right calf in a joint practice with the Los Angeles Rams on Aug. 19. And though the Raiders had hoped he could return -- he had occupied a spot on the 53-man roster since -- Incognito's injury did not respond as anticipated.


"I don't think we're being cautious," Raiders coach Jon Gruden said Friday, after the team ruled Incognito out of Las Vegas' game against the Miami Dolphins. "I don't think there's been a setback; it's just a calf strain. It's just taking time. ... Richie's making some progress but not enough yet to get him back on the field."

Incognito has played 12 or more snaps in just 13 of 34 games to date. Having initially signed with the Raiders on a one-year "prove-it" deal for the veterans minimum in May 2019, Incognito earned a two-year, $14 million extension at the end of that season.

But he appeared in only two games in 2020 after suffering an Achilles injury in Week 2. He was released by Las Vegas on March 9 of this year before being re-signed to a more team-friendly one-year contract worth a reported $2.6 million 13 days later.


"I was fighting to come back last year," Incognito said early in training camp, "and the mindset after the surgery was, 'OK, it's not bad, come back, kick ass, be back with the boys ... and go out on my own terms.'"

He was voted a team captain at the end of camp and was expected to tutor a young offensive line in transition. But with him out, John Simpson, a fourth-round draft pick in 2020, has started in his place.