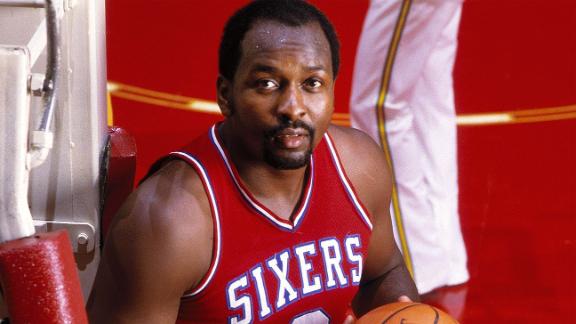 Three-time NBA MVP and Pro Basketball Hall of Famer Moses Malonedied Sunday in Norfolk, Virginia, at the age of 60.

Det. Jeffrey Scott of the Norfolk Police Department confirmed that Malone died in a Norfolk hotel room. He said there was no indication of foul play. Malone's body was discovered when he failed to report to a celebrity golf tournament in which he was scheduled to play.

"We are stunned and deeply saddened by the passing of Hall of Famer Moses Malone, an NBA legend gone far too soon," NBA commissioner Adam Silver said in a statement. "Known to his legions of fans as the 'Chairman of the Boards,' Moses competed with intensity every time he stepped on the court.

"... He was among the most dominant centers ever to play the game and one of the best players in the history of the NBA and the ABA. Even more than his prodigious talent, we will miss his friendship, his generosity, his exuberant personality, and the extraordinary work ethic he brought to the game throughout his 21-year pro career. Our thoughts are with Moses' family and friends during this difficult time."

Malone, named one of the NBA's 50 greatest players, was the Finals MVP in 1983, as he led the Philadelphia 76ers to the title.

"Moses holds a special place in our hearts and will forever be remembered as a genuine icon and pillar of the most storied era in the history of Philadelphia 76ers basketball," the 76ers said in a statement Sunday.

The 6-foot-10 center averaged a double-double -- 20.6 points per game and 12.2 rebounds -- while playing for eight teams over 20 NBA seasons and led the league in rebounding six times -- including five straight seasons from 1980-85.

"When I talked to his son [Moses Malone Jr.] this morning, he couldn't get it out," formerHouston RocketsteammateJohn Lucas told ESPN. "I kept saying, 'What are you saying?' And he told me. ... I was shocked. Moses was one of the best people that I had ever met. ... A true professional, on and off the court."

Moses Malone Jr. told Fox 26 Houston that his father was his "best friend."

"He taught us so much about life. He came from nothing," Malone Jr. said. "He taught us how to work hard and respect people, love your family and always do the right thing. He's a good person. He was always there to help people. He cared about people who had less than him."

Malone was the first player to go pro right out of high school, signing with the Utah Stars of the American Basketball Association in 1974. He played the following season for the Spirits of St. Louis before moving to the Buffalo Braves after the ABA-NBA merger in 1976.

He also played for the Rockets,76ers (twice), Milwaukee Bucks, Washington Bullets, Atlanta Hawks and the San Antonio Spurs, with whom he finished his career during the 1994-95 season.

"Everyone in the organization is deeply saddened by the passing of Moses Malone," Rockets owner Leslie Alexander said in a statement. "Moses was a true gentleman and one of the great Rockets and greatest NBA players, of all time. He will be forever missed. Our deepest condolences go out to his family and friends."

Malone joined the 76ers in 1983 and added his third MVP award while leading the 76ers to that championship after making his famed "Fo', Fo', Fo'," prediction that the Sixers would win their playoff series in four-game sweeps.

"No one person has ever conveyed more with so few words -- including three of the most iconic in this city's history," 76ers CEO Scott O'Neil said. "His generosity, towering personality and incomparable sense of humor will truly be missed."

Malone's death comes shortly after the passing after another 76ers center, Darryl Dawkins.

Malone was inducted into the Naismith Memorial Basketball Hall of Fame in 2001 and attended the induction ceremonies for the year's class in Springfield, Massachusetts this weekend before returning to his native Virginia.

"Moses Malone was a fierce and noble competitor, and he will always be linked with Lakers playoff history," said the Lakers' statement, also attributed to the Buss family. "We mourn his passing today and send our condolences to his family and loved ones."

ESPN Staff Writer Calvin Watkins and The Associated Press contributed to this report. 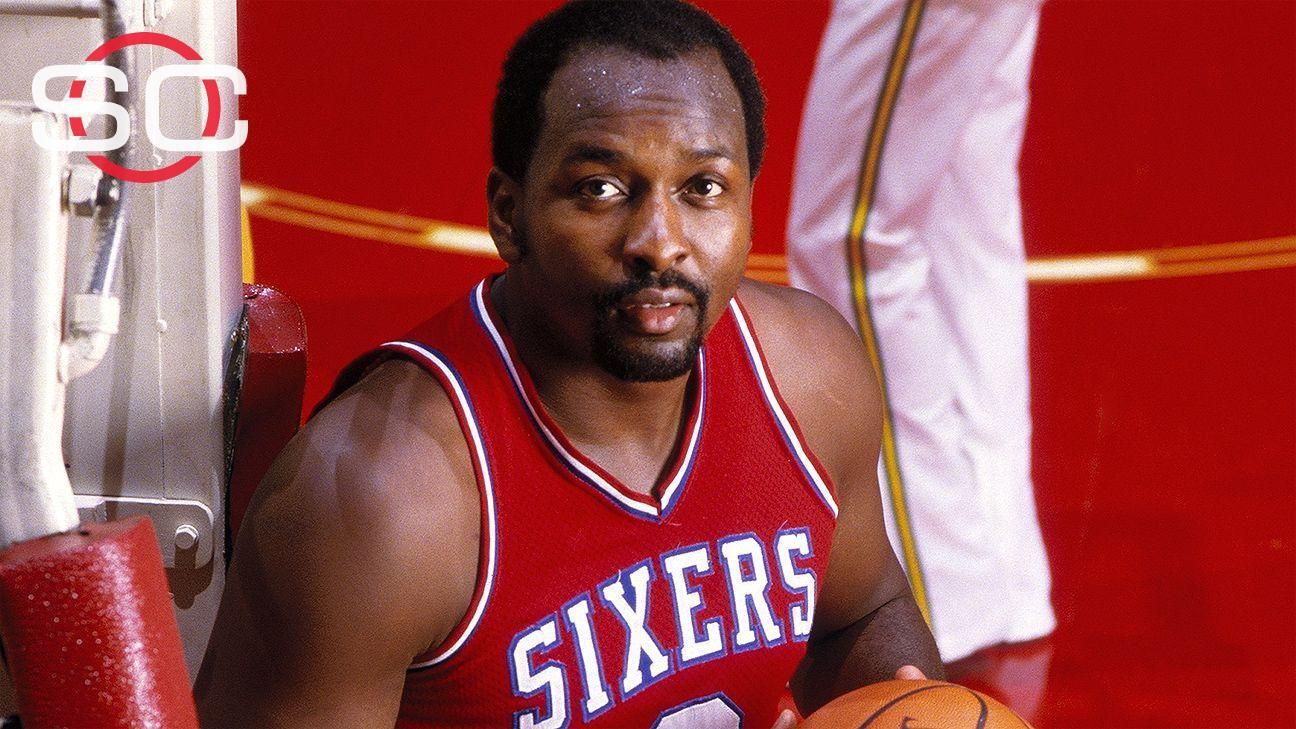