Tiger struggles to 2 over in Phoenix 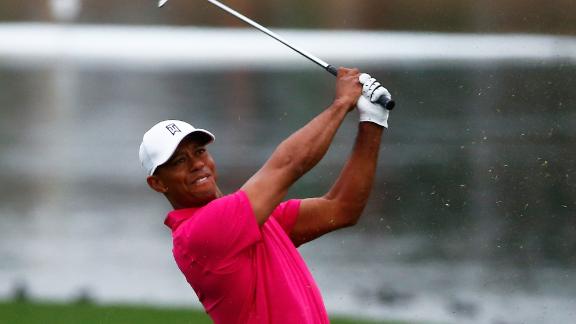 SCOTTSDALE, Ariz. -- The difference between practice and the bright lights inside the ropes seemed miles apart for Tiger Woods on Thursday, who talked positively about his game heading into the Waste Management Phoenix Open but showed there is plenty of work ahead.

Woods, playing his first tournament of 2015 and just his second since August, got off to a rough start before salvaging a 2-over-par 73 at TPC Scottsdale by playing the last six holes in 3 under.

He was tied for 105th and nine shots back of leaderRyan Palmer. The top 70 and ties will make the 36-hole cut Friday.

"This is my second tournament in six months, so I just need tournament rounds like this where I can fight through it, turn it around, grind through it and make adjustments on the fly," Woods said. "[Caddie] Joey [LaCava] was on me all day today. He said, 'Don't worry about getting your numbers [distances] perfect, because it's not going to be that way yet. You're still working through it.'"

The optimism and good vibe Woods emitted in the days leading up to his first event of 2015 faded quickly as he missed the first four greens and was 4-over par. On each of those holes, he hit poor chip shots, an alarming occurrence that continued from his previous tournament at the Hero World Challenge in December.

Woods again said he is between swing patterns with his old and new coach and is having difficulty trusting himself around the greens.

That's why he went with 4-irons to chip -- instead of more lofted clubs to hit pitch shots. And the results were still poor.

"I'm just having a hard time finding the bottom," he said. "Because of my old pattern, I was so steep on it, that I have a new grind on my wedge and sometimes it's hard to trust. This is a similar grind I used to use back in the early 2000s, but it's a different grind.

"Some of my shots were into the grain with tight pins, and either I flop it or bump it, one of the two. I chose to bump it."

Woods in November announced that he was working with swing consultant Chris Como, who has not been here this week. He played just nine worldwide tournaments in 2014 due to injuries, including back surgery that sidelined him for three months.

Woods was making his first appearance here since 2001, and helped the tournament set a first-day attendance record of 118,461.

Through 12 holes, Woods was 5 over, including that wicked start. He had just one birdie, at the fifth hole.

Competitive rust was expected, but Woods spoke positively leading up to the tournament about practice with Como.

"We have done some really good work," he said. "We're ahead of schedule on each stage of the game plan, and that's a good sign."

But it didn't show. He missed too many fairways and greens, and then couldn't save a score around the greens.

At the Hero World Challenge at Isleworth in December, Woods had nine instances in which he chunked a chip shot. It wasn't quite that dire here, but he simply couldn't get the ball close.

He missed the first four greens, had a double-bogey at the par-3 fourth -- and seemed uncomfortable hitting conventional chip shots, trying to run the ball onto greens and running into trouble by leaving the ball short.

Although missing the greens was the first problem, several of those chip shots were fairly benign, the kind you would expect him to get up and down a majority of the time.

Well, not so much, which suggests Woods might have some mental hurdles to overcome as he attempts to return to the world-class short game that helped him win 79 times on the PGA Tour.

Those struggles put Woods in a hole. Although he birdied the fifth, hitting his first green of the tournament, he added bogeys at the ninth and 11th holes.

Woods attempted to swing the momentum with an eagle at the par-5 13th, where his 5-iron from 225 yards nearly rolled in for an albatross. He settled for a tap-in eagle to get back to 3 over.

A poor drive at the par-5 15th meant he had to lay up, and Woods couldn't get close with his third from just 117 yards, leading to a disappointing par.

At the par-3 16th, Woods had to back off twice before finally knocking his 9-iron approach on the green to loud cheers. But he was booed when he left his birdie putt short -- a common occurrence at that hole.

He drove the par-4 17th from 340 yards, his best drive of the day, then left the eagle putt short but tapped in for birdie.

It could have been worse, but for Woods it was difficult to overcome such a tough start.

"I've been through it before," he said. "It's not the first time I've gone through this. It takes time. It's just a frustrating thing where I just need to get through competitive rounds. I need to get rounds under my belt and get a feel for it. Eventually I start trusting it, start shaping shots, and then you just go play. Don't worry about it a whole lot.

"I didn't get into the mental rhythm of the round for a while. It took a little time, and unfortunately I was making some bogeys through that stretch. But then I started finding the rhythm of the round, the rhythm of competing and playing, shaping shots and hitting them to the safety zones or being aggressive and taking on certain shots, getting a feel for that. And that just takes time."

Keegan Bradley and Bubba Watson were 1 shot back at 6-under 65. Zach Johnson was among four players at 66, while Angel Cabrera and Justin Leonard were in the group at 67.

Phil Mickelson, a three-time winner at the Phoenix Open, also got off to a bad start. He put two balls in the water on the par-5 15th and made double-bogey, and was 3 over through his opening seven holes. But he drove to the front of the green on the short par-4 17th and converted that into a birdie, and he picked up four more birdies to salvage a respectable 69.

Woods Not Off To A Good Start
Tiger Woods tied for 104th place after the first round of the Waste Management Open. Ryan Palmer shot a 7-under 64 for the lead.

Tiger Speaks After First Round
Tiger Woods addressed the media after shooting a 2-over 72 in the first round of the Waste Management Open. 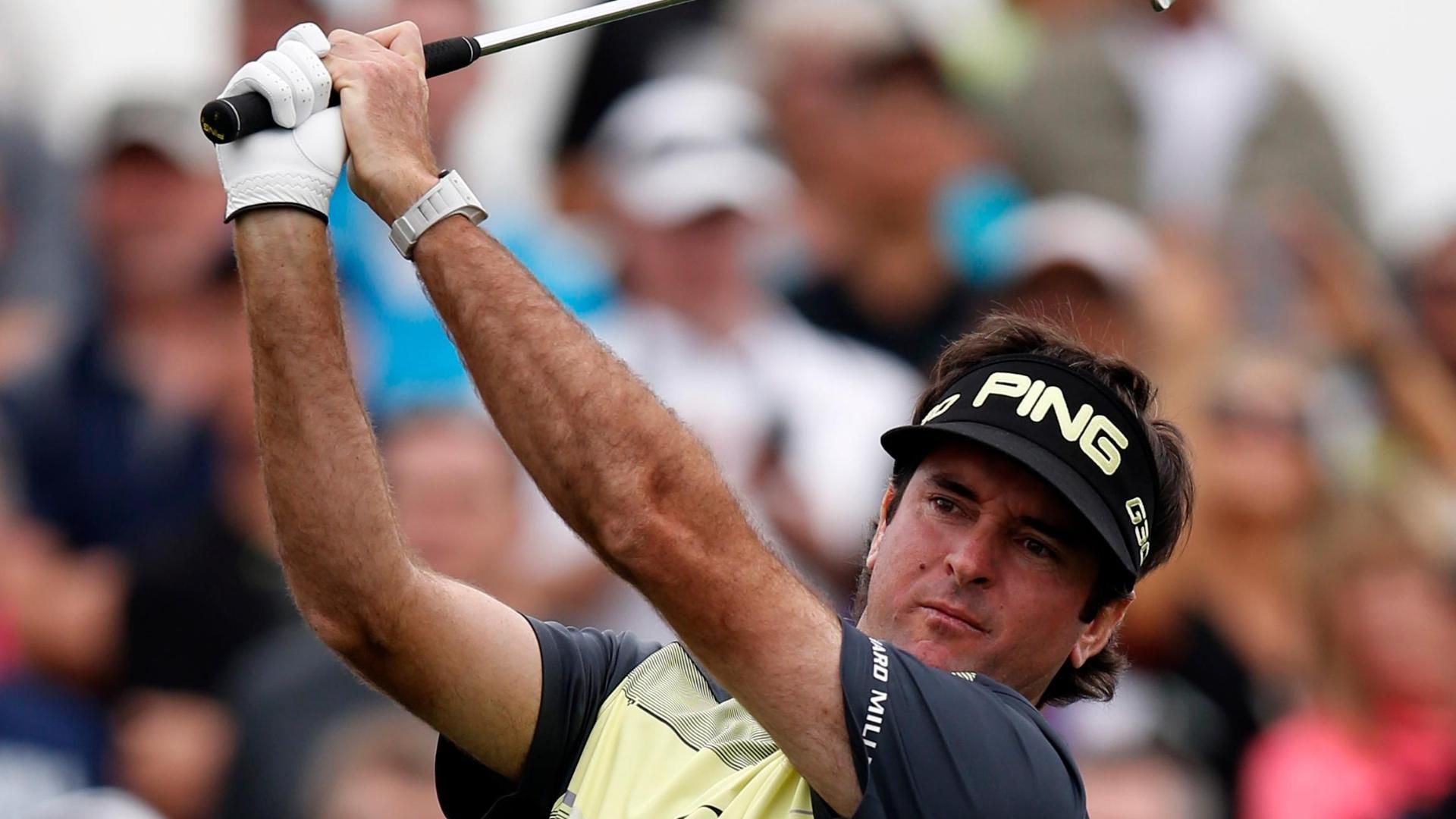 Watson Took Care Of Par-5s In Phoenix
TPC Scottsdale's longest holes played right into the hands of Bubba Watson, who carded a 6-under 65 on Thursday at the Waste Management Phoenix Open. ESPN.com's Michael Collins spoke to Watson after his first round.