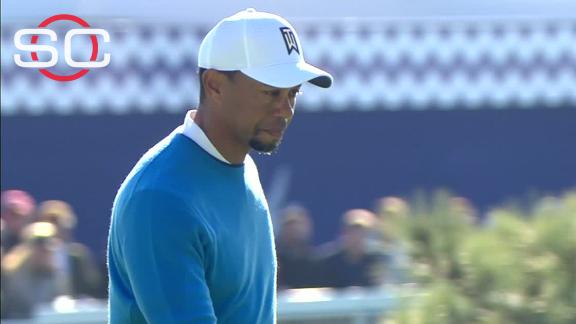 SAN DIEGO -- The idyllic golf course on the Pacific Ocean that has been the place of so many Tiger Woods highlights over the years did not produce any such memories Thursday during his first round of 2017.

Playing in his first official PGA Tour event in 17 months, Woods looked like someone who is not in tournament form at the Farmers Insurance Open, with a smattering of errant shots on an unrelenting Torrey Pines South Course that led to a score of 76, 4 over par.

It was the worst opening round to a calendar year in Woods' career, surpassing the 73 he shot two years ago at the Waste Management Phoenix Open, where he missed the cut.

He will have his work cut out on Friday, where he will play the easier North Course but will have to go well under par to make the 36-hole cut. Woods is tied for 133rd, with the top 70 and ties making it to the weekend.

"Well, it was tough out there, period," said Woods, who failed to hit a single fairway on the back nine and hit only four for the round. "I was in the rough most of the day, and it was tough. It was wet.

"The very first hole, OK, here we go. We've got a ball that's sitting into the grain. Not only was it into the grain, but it was buried underneath there and it was going from left to right, which that's the path I needed to take. So I'm like, OK, this is the very first hole. Let's not do this anymore. Unfortunately, I did it most of the day."

The first at Torrey's South Course has been a bit of a nemesis for Woods, anyway; he double-bogeyed it during three of the four rounds of his 2008 U.S. Open victory.

But Woods struggled off the tee all day, and it cost him -- not at all uncommon on this course.

The difficulties might come as a surprise given his relatively solid performance last month at the Hero World Challenge, his first competitive golf in more than a year.

But the Bahamas was warm, the golf course friendly, the fairways wide, the competition a bunch of top-ranked players enjoying a low-key event.

Torrey Pines is another matter, as Woods well knows. His eight victories here came with him in top form. At 7,600 yards and playing longer due to wet conditions, it is a stern test for those in good form. It was also cool, causing Woods to go from a sweater vest to a sweater as the round progressed.

Woods bogeyed his first hole, missing the fairway and green. He did well to make eight straight pars and finish the front side in 1 over. He hit only four greens, but a solid short game saved him.

And when he birdied the 10th and 11th holes, Woods was under par for the tournament.

"I was in good shape with a par-5 coming up. We knew the tees were up," Woods said. "If I could just get through 12, drive in the fairway, and 13 we have an iron in there, I could put together a pretty good round. And it went the other way. I hit bad tee shots and made a bad three-putt at 13 and just laid up from the rough into the rough. I just kept compounding problems and mistakes out there."

His errant driving caught up to him starting at the 12th as he played the next four holes in 5 over, including the par-4 15th, when he snapped his drive into a canyon, took a penalty stroke and made a double-bogey.

Woods added a bogey at the 17th when he missed the green but converted an 8-footer for a birdie at the par-5 18th.

This is the first of four tournaments in five weeks for Woods, who will head to the Middle East for next week's Omega Dubai Desert Classic, followed by a week off then two more in a row, the Genesis Open and the Honda Classic.

Tiger stumbles on back nine, finishes with 76
After birdieing the first two holes on the back nine at the Farmers Insurance Open, Tiger Woods falters and finishes the round with a 76, 11 shots off the lead. 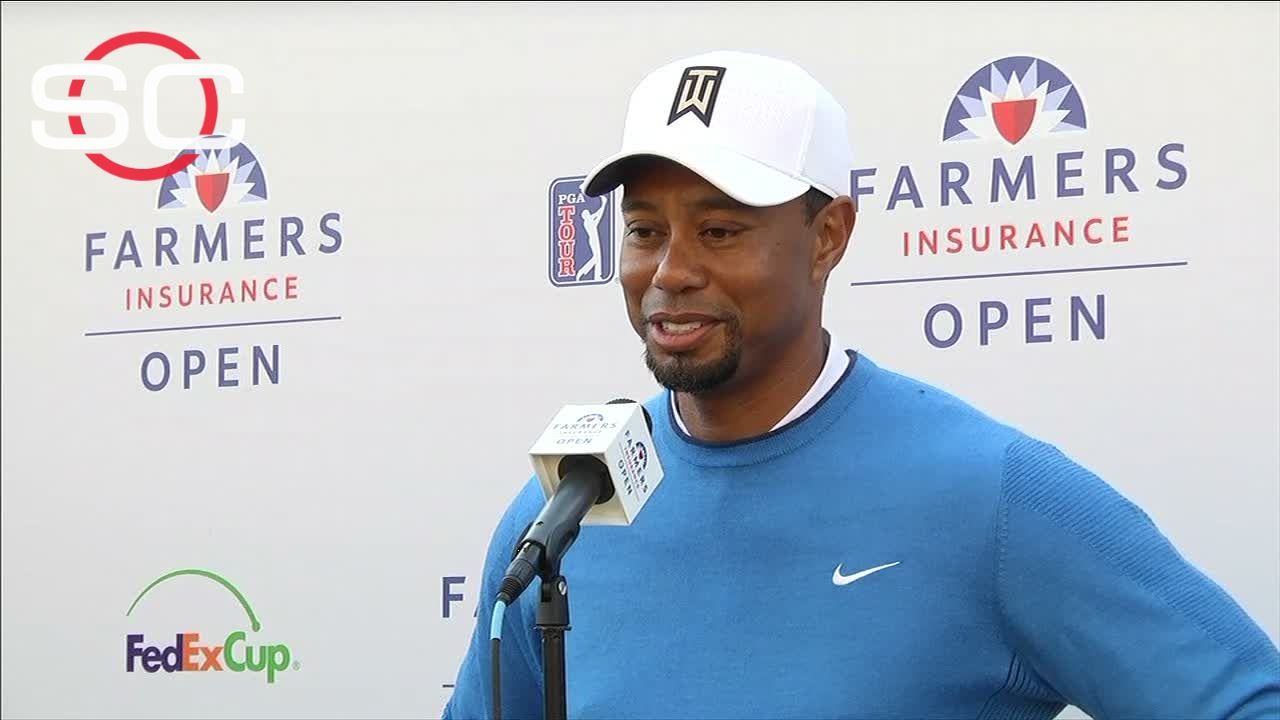