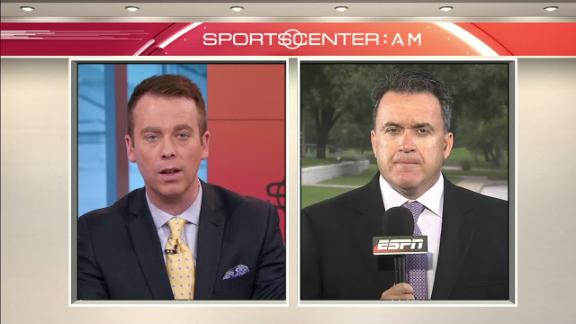 IRVING, Texas -- Tony Romo is signed through 2019, but he can see himself playing beyond that for theDallas Cowboys.

The 36-year-old quarterback said he agreed with Cowboys owner/general manager Jerry Jones' assessment that he has four or five more years left, before jokingly interjecting "seven or eight years" because of modern medicine.

"I'm not in my mid-20s anymore, but I do think based on what my situation has been like the last three or four years, I do think this [offseason] is drastically different," Romo said after Wednesday's organized team activity.

"It takes me back five years ago when I was able to do things the way [I had]. I'm not there yet. I still got these months to just get after it, but it's exciting to actually be able to get after it a little bit. But if everything keeps going the way it's going, I think it's going to be exciting going into camp."

Romo missed 12 games last season because of a twice-broken left collarbone. He underwent surgery in March and said the injury is a "non-issue." He said he had to take a step back in heavy upper-body lifting but has been able to ramp it up the past few weeks.

The bigger cause for concern for Romo in recent years has been his surgically repaired back. He had two operations in 2013, one for a cyst and one for a herniated disk that caused him to miss the season finale.

"The further removed I am from surgery -- and now it's been quite a while -- I can go a lot longer periods of time doing what I could do before. But for shorter periods of time before, it would just get heavy or I'd need a break or rest," Romo said.

"The torque you put on it, the jolting of stuff, the hits -- it all takes a toll over time. When you have multiple back surgeries, you understand the process sometimes that it's a little different."

Coaches and teammates have noticed a difference in how Romo is moving. Quarterbacks coach Wade Wilson said Romo looks "phenomenal" early in the offseason. Dez Bryant said Romo's presence on the field makes things better for the entire team.

"He's healthier than he's been," coach Jason Garrett said. "He's been able to go through more of the offseason program, lay the foundation for himself with [strength coach Mike Woicik] and his staff back there. I think his back feels better. I think he's come back from the surgery on his collarbone seemingly without any problems.

"He's been able to function leading up to the OTAs, and I think he's been good the first couple of days."

Romo has not played a full season since 2012. The Cowboys were not shy in their attempt to trade back into the first round to take Paxton Lynch during the draft. They eventually drafted Dak Prescott in the fourth round.

"It's all about the team," Romo said. "You learn a long time ago if you're not good enough to hold on to a position, then you probably weren't as good as you thought you were.

"I think all of the jobs of people who are playing or starting is to help the guys around them, especially at their position. ... We preach that to everybody, and I'm no different. You're definitely going to help a young quarterback. I can remember when I was young, how the influence of older guys can help you. We may need these guys at different times. You never know. For me, it's just an easy thing because you appreciate how hard everyone in here works and you want to see people succeed.

"In five or six years, someone will be able to succeed." 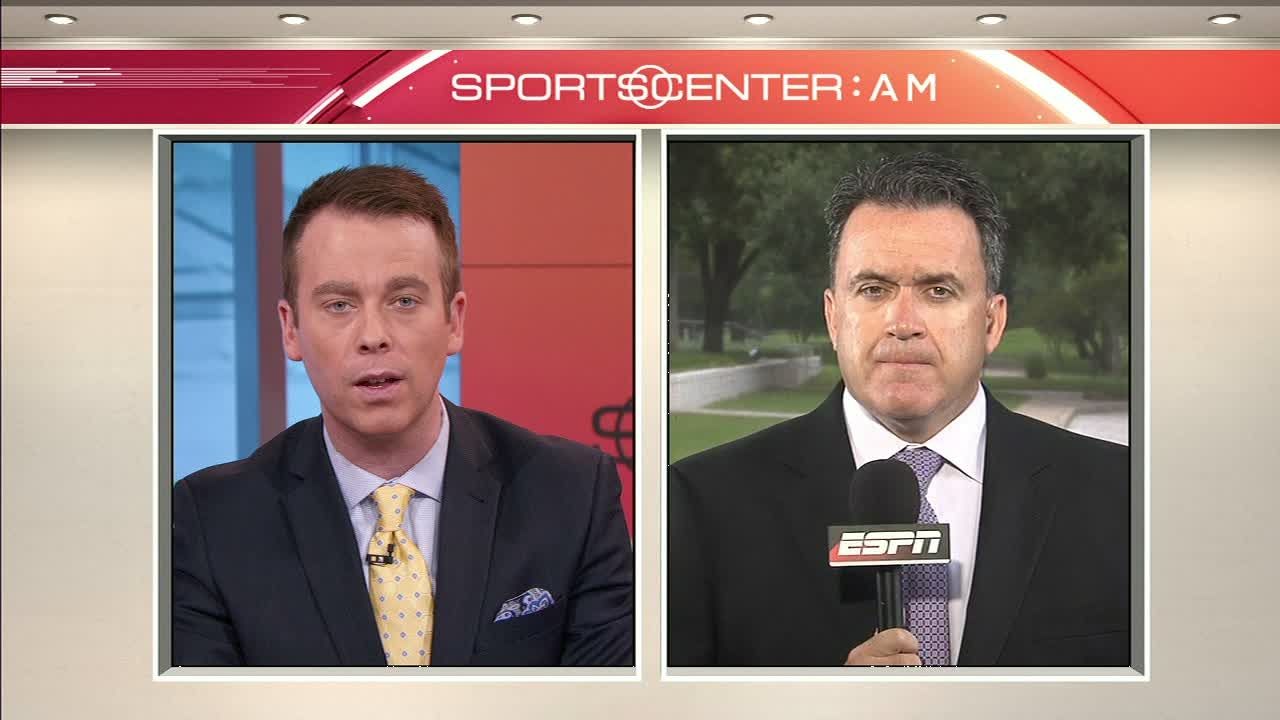